“ Good sense is, of all things among men, the most equally distributed; for every one thinks himself so abundantly provided with it, that those even who are the most difficult to satisfy in everything else, do not usually desire a larger measure of this quality than they already possess. ”
René Descartes, Discourse on the Method (1637). copy citation

“If this Discourse appear too long to be read at once, it may be divided into six Parts: and, in the first, will be found various considerations touching the Sciences; in the second, the principal rules of the Method which the Author has discovered, in the third, certain of the rules of Morals which he has deduced from this Method; in the fourth, the reasonings by which he establishes the existence of God and of the Human Soul, which are the foundations of his Metaphysic; in the fifth, the order of the Physical questions which he has investigated, and, in particular, the explication of the motion of the heart and of some other difficulties pertaining to Medicine, as also the difference between the soul of man and that of the brutes; and, in the last, what the Author believes to be required in order to greater advancement in the investigation of Nature than has yet been made, with the reasons that have induced him to write.
PART I Good sense is, of all things among men, the most equally distributed; for every one thinks himself so abundantly provided with it, that those even who are the most difficult to satisfy in everything else, do not usually desire a larger measure of this quality than they already possess. And in this it is not likely that all are mistaken the conviction is rather to be held as testifying that the power of judging aright and of distinguishing truth from error, which is properly what is called good sense or reason, is by nature equal in all men; and that the diversity of our opinions, consequently, does not arise from some being endowed with a larger share of reason than others, but solely from this, that we conduct our thoughts along different ways, and do not fix our attention on the same objects.” source
Original quote
“Le bon sens est la chose du monde la mieux partagée ; car chacun pense en être si bien pourvu, que ceux même qui sont les plus difficiles à contenter en toute autre chose n'ont point coutume d'en désirer plus qu'ils en ont.” René Descartes, Discours de la Méthode

“The wish to acquire is in truth very natural and common, and men always do so when they can, and for this they will be praised not blamed; but when they cannot do so, yet wish to do so by any means, then there is folly and blame.” Niccolò Machiavelli, The Prince

“It is useful to know something of the manners of different nations, that we may be enabled to form a more correct judgment regarding our own, and be prevented from thinking that everything contrary to our customs is ridiculous and irrational, a...” René Descartes, Discourse on the Method 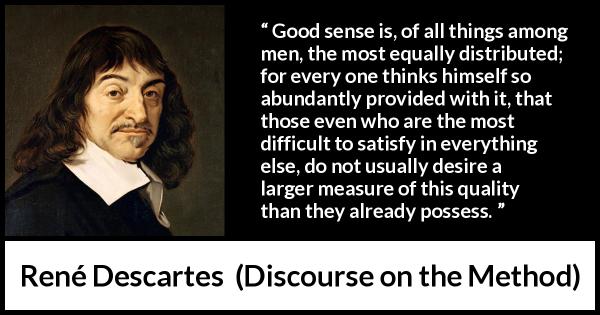 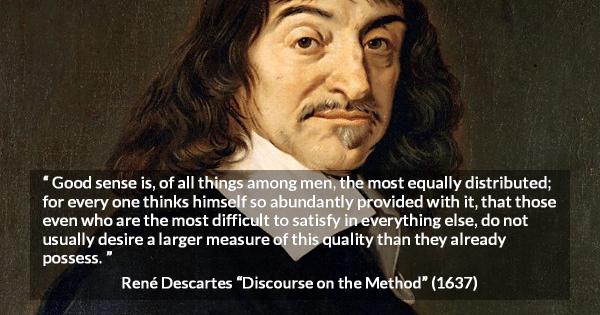 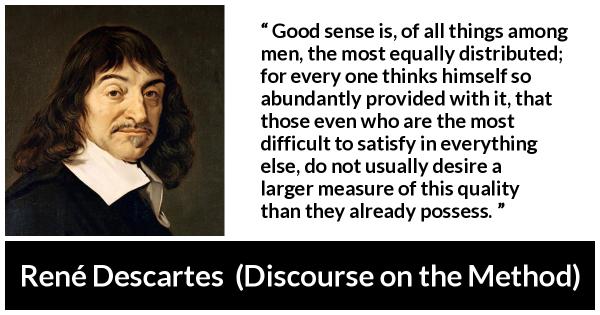 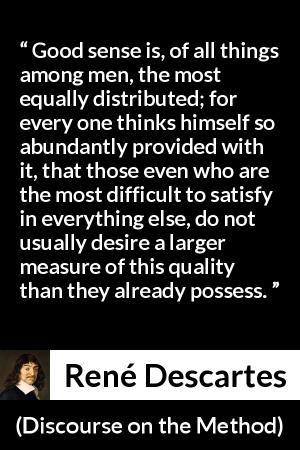 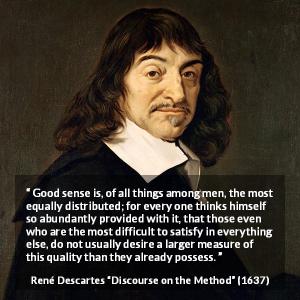 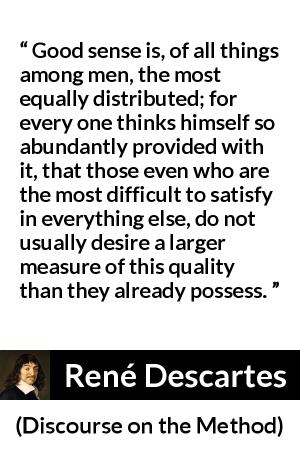