“ For the function of wisdom is to discriminate between good and evil; whereas, inasmuch as all things morally wrong are evil, trickery prefers the evil to the good. ”
Marcus Tullius Cicero, On Duties (44 BC). copy citation

“It was Quintus Scaevola, the pontifex maximus, who used to attach the greatest importance to all questions of arbitration to which the formula was appended " as good faith requires "; and he held that the expression "good faith" had a very extensive application, for it was employed in trusteeships and partnerships, in trusts and commissions, in buying and selling, in hiring and letting — in a word, in all the transactions on which the social relations of daily life depend; in these he said, it required a judge of great ability to decide the extent of each individual's obligation to the other, especially when the counter-claims were admissible in most cases.
{71} Away, then, with sharp practice and trickery, which desires, of course, to pass for wisdom, but is far from it and totally unlike it. For the function of wisdom is to discriminate between good and evil; whereas, inasmuch as all things morally wrong are evil, trickery prefers the evil to the good.
It is not only in the case of real estate transfers that the civil law, based upon a natural feeling for the right, punishes trickery and deception, but also in the sale of slaves every form of deception on the vendor's part is disallowed.” source

“For he that does good, having the unlimited power to do evil, deserves praise not only for the good which he performs, but for the evil which he forbears.” Walter Scott, Ivanhoe

“How far that little candle throws his beams! So shines a good deed in a naughty world.” William Shakespeare, The Merchant of Venice 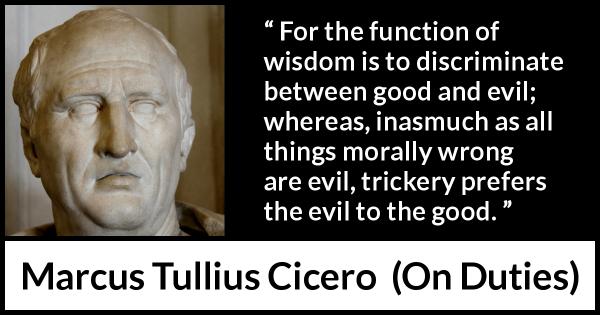 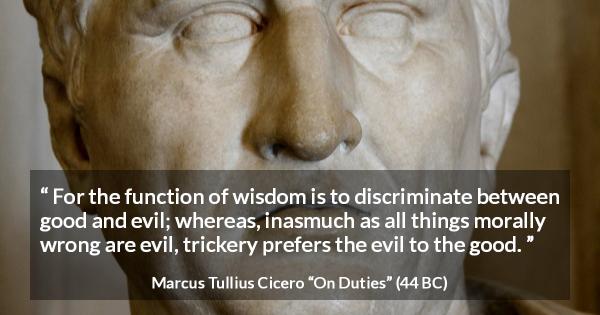 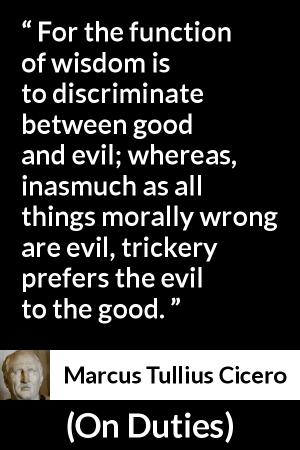 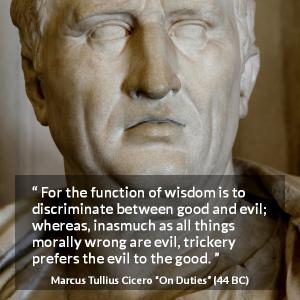 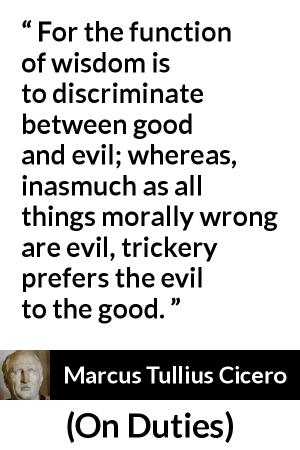