“ But a thought must directly, or indirectly, by means of certain signs, relate ultimately to intuitions; consequently, with us, to sensibility, because in no other way can an object be given to us. ”
Immanuel Kant, Critique of Pure Reason (1791). copy citation

“The capacity for receiving representations (receptivity) through the mode in which we are affected by objects, objects, is called sensibility. By means of sensibility, therefore, objects are given to us, and it alone furnishes us with intuitions; by the understanding they are thought, and from it arise conceptions. But an thought must directly, or indirectly, by means of certain signs, relate ultimately to intuitions; consequently, with us, to sensibility, because in no other way can an object be given to us.
The effect of an object upon the faculty of representation, so far as we are affected by the said object, is sensation. That sort of intuition which relates to an object by means of sensation is called an empirical intuition.” source

“Intuition and conceptions constitute, therefore, the elements of all our knowledge, so that neither conceptions without an intuition in some way corresponding to them, nor intuition without conceptions, can afford us a cognition.” Immanuel Kant, Critique of Pure Reason

“the fact that the intellect is not the most subtle, powerful and appropriate instrument for grasping the truth is only one more reason in favour of starting with the intellect rather than with the intuitions of the unconscious or with...” Marcel Proust, The Fugitive 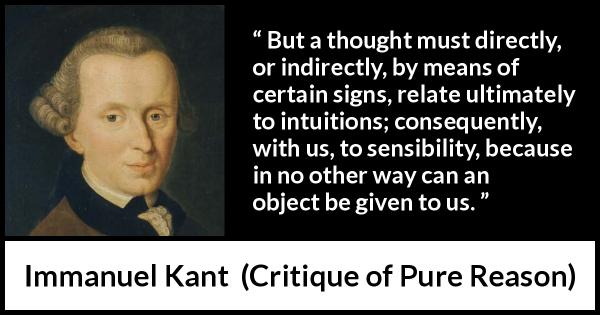 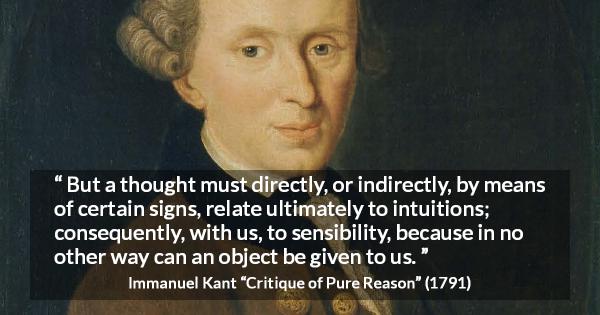 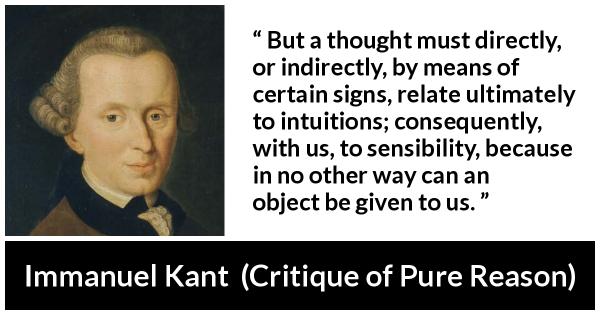 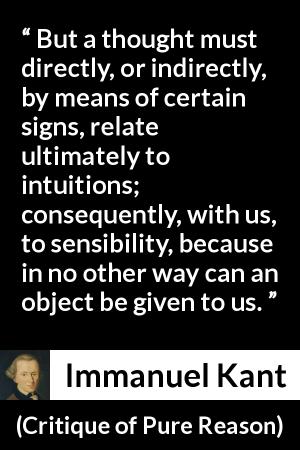 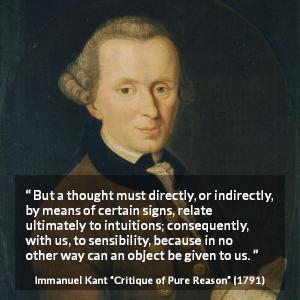 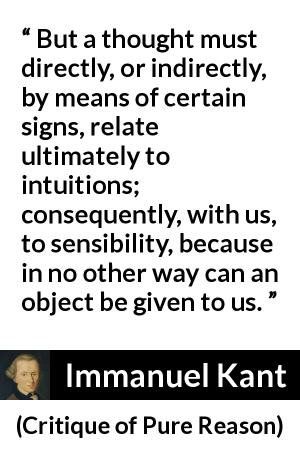