“ For the stability and peace of Asia, it is essential to create peace zones to separate the continent's biggest powers and potential adversaries. ”
14th Dalai Lama, Nobel Lecture (1989). copy citation

“The Nepal government had earlier proposed that the Himalayan country of Nepal, bordering on Tibet, should become a zone of peace, although that proposal did not include demilitarisation of the country.
For the stability and peace of Asia, it is essential to create peace zones to separate the continent's biggest powers and potential adversaries. President Gorbachev's proposal, which also included a complete Soviet troop withdrawal from Mongolia, would help to reduce tension and the potential for confrontation between the Soviet Union and China.” source

“There must be not only a balance of power, but a community of power; not organized rivalries, but an organized common peace.” Woodrow Wilson, A World League For Peace

“The peace-loving nations must make a concerted effort in opposition to those violations of treaties and those ignorings of human instincts which today are creating a state of international anarchy and instability from which there is no escape...” Franklin D. Roosevelt, Quarantine Speech

“Peace can only last where human rights are respected, where the people are fed, and where individuals and nations are free. True peace with oneself and with the world around us can only be achieved through the development of mental peace.” 14th Dalai Lama, Nobel Lecture

“If the peace presently to be made is to endure it must be a peace made secure by the organized major force of mankind.” Woodrow Wilson, A World League For Peace

“I would like to take this opportunity to explain the Zone of Ahimsa or peace sanctuary concept, which is the central element of the Five-Point Peace Plan. I am convinced that it is of great importance not only for Tibet, but for peace and...” 14th Dalai Lama, Nobel Lecture

“But our strategy for peace with freedom must also be based on strength—economic strength and military strength.” Ronald Reagan, State of the Union Address

“My experience has shown me that we win justice quickest by rendering justice to the other party.” Mahatma Gandhi, The Story of my Experiments with Truth 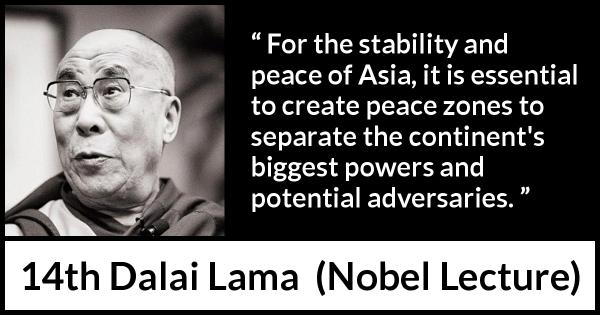 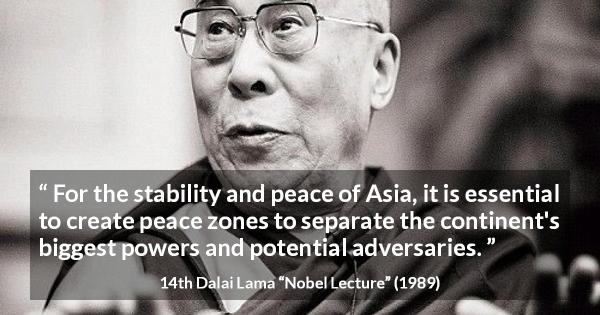 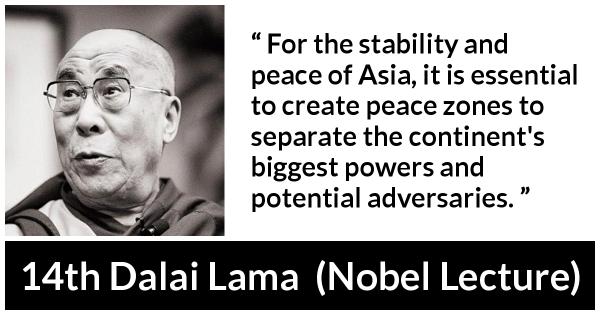 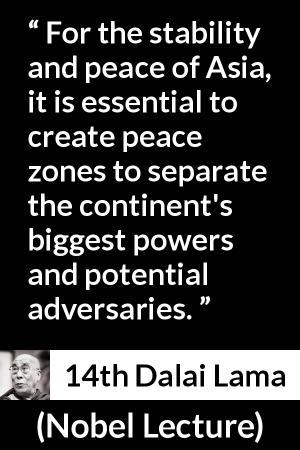 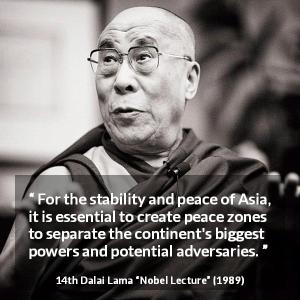 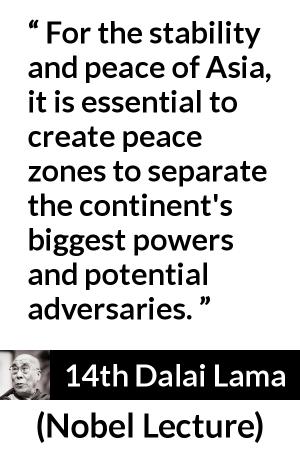