“ Moral wounds have this peculiarity,—they may be hidden, but they never close; always painful, always ready to bleed when touched, they remain fresh and open in the heart. ”
Alexandre Dumas, The Count of Monte Cristo (1845). copy citation

“The count did not notice the introduction, in which the speaker announced that his communication would be of that vital importance that it demanded the undivided attention of the House; but at the mention of Yanina and Colonel Fernand, he turned so frightfully pale that every member shuddered and fixed his eyes upon him. Moral wounds have this peculiarity,—they may be hidden, but they never close; always painful, always ready to bleed when touched, they remain fresh and open in the heart.
The article having been read during the painful hush that followed, a universal shudder pervaded the assembly, and immediately the closest attention was given to the orator as he resumed his remarks.” source
Original quote
“Les blessures morales ont cela de particulier qu'elles se cachent, mais ne se referment pas ; toujours douloureuses, toujours prêtes à saigner quand on les touche, elles restent vives et béantes dans le cœur.” Alexandre Dumas, Le Comte de Monte-Cristo

“I wish I had no heart, it aches so” Louisa May Alcott, Little Women

“One writes of scars healed, a loose parallel to the pathology of the skin, but there is no such thing in the life of an individual. There are open wounds, shrunk sometimes to the size of a pin-prick but wounds still. The marks of suffering are...” F. Scott Fitzgerald, Tender Is the Night

“What deep wounds ever closed without a scar?” Lord Byron, Childe Harold's Pilgrimage

“hearts, like flowers, cannot be rudely handled, but must open naturally” Louisa May Alcott, Little Women

“for an artist, chronic pain can be a gift.” Chuck Palahniuk, Diary

“some wounds run too deep for the healing.” J. K. Rowling, Harry Potter and the Order of the Phoenix

“For never can true reconcilement grow, Where wounds of deadly hate have pierced so deep” John Milton, Paradise Lost

“lips that say one thing, while the heart thinks another” Alexandre Dumas, The Count of Monte Cristo 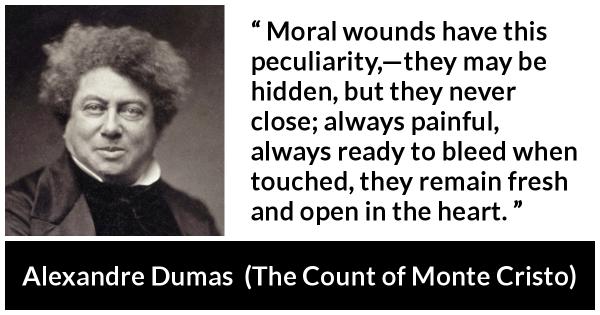 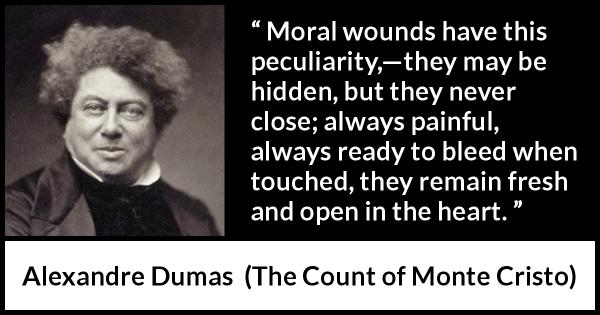 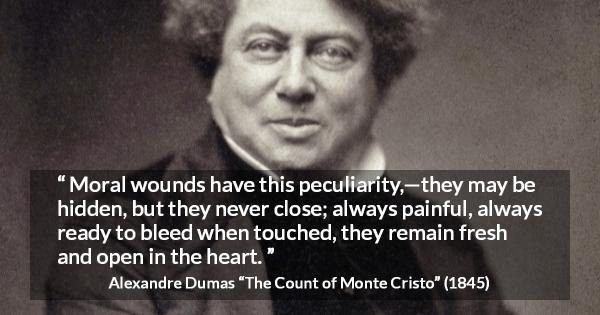 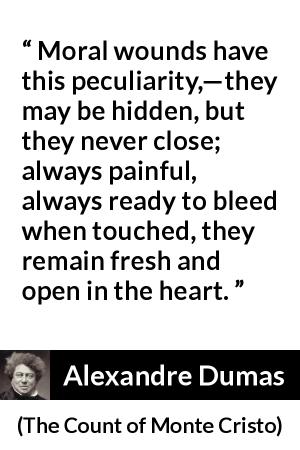 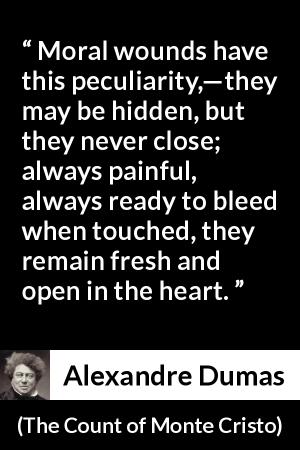 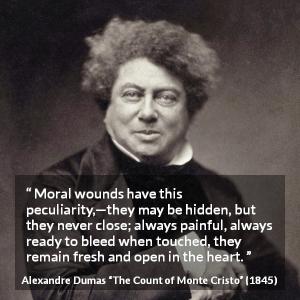