“ Hatred is blind, rage carries you away; and he who pours out vengeance runs the risk of tasting a bitter draught. ”
Alexandre Dumas, The Count of Monte Cristo (1845). copy citation

“«But,» said Franz to the count, «with this theory, which renders you at once judge and executioner of your own cause, it would be difficult to adopt a course that would forever prevent your falling under the power of the law. Hatred is blind, rage carries you away; and he who pours out vengeance runs the risk of tasting a bitter draught.»
«Yes, if he be poor and inexperienced, not if he be rich and skilful; besides, the worst that could happen to him would be the punishment of which we have already spoken, and which the philanthropic French Revolution has substituted for being torn to pieces by horses or broken on the wheel.” source
Original quote
“La haine est aveugle, la colère étourdie, et celui qui se verse la vengeance risque de boire un breuvage amer.” Alexandre Dumas, Le Comte de Monte-Cristo

“It is not violence that best overcomes hate—nor vengeance that most certainly heals injury.” Charlotte Brontë, Jane Eyre

“This is certain, that a man that studieth revenge, keeps his own wounds green, which otherwise would heal, and do well.” Francis Bacon, The Essays of Francis Bacon

“There is no satisfaction in vengeance unless the offender has time to realize who it is that strikes him, and why retribution has come upon him.” Arthur Conan Doyle, A Study in Scarlet

“It is useless to meet revenge with revenge: it will heal nothing.” J. R. R. Tolkien, The Return of the King

“Anger is uneasiness or discomposure of the mind, upon the receipt of any injury, with a present purpose of revenge.” John Locke, An Essay Concerning Human Understanding

“So full of artless jealousy is guilt, It spills itself in fearing to be spilt.” William Shakespeare, Hamlet 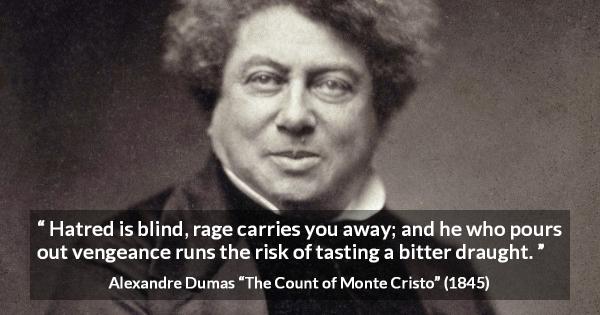 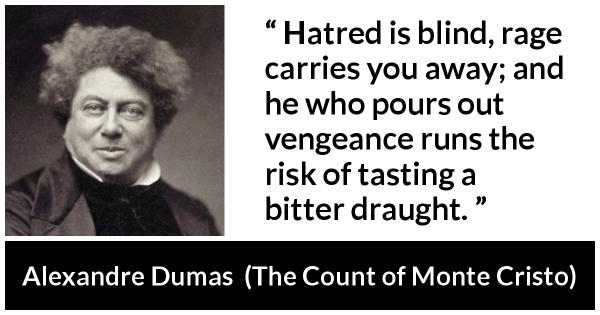 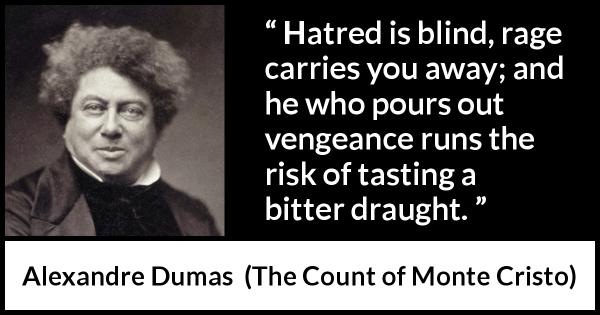 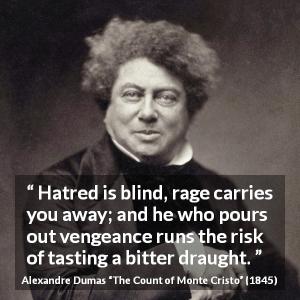 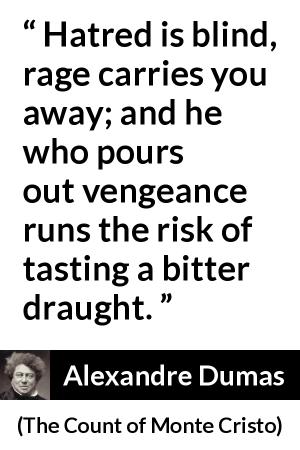 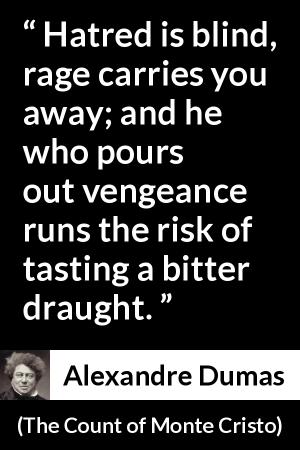