“ Of more worth is one honest man to society and in the sight of God, than all the crowned ruffians that ever lived. ”
Thomas Paine, Common Sense (1776). copy citation

“54 In England a king hath little more to do than to make war and give away places; which in plain terms, is to impoverish the nation and set it together by the ears. A pretty business indeed for a man to be allowed eight hundred thousand sterling a year for, and worshipped into the bargain! Of more worth is one honest man to society and in the sight of God, than all the crowned ruffians that ever lived.
55 THOUGHTS ON THE PRESENT STATE OF AMERICAN AFFAIRS.
In the following pages I offer nothing more than simple facts, plain arguments, and common sense; and have no other preliminaries to settle with the reader, than that he will divest himself of prejudice and prepossession, and suffer his reason and his feelings to determine for themselves; that he will put on, or rather that he will not put off, the true character of a man, and generously enlarge his views beyond the present day.” source

“So much is a man worth as he esteems himself.” François Rabelais, Gargantua and Pantagruel

“There will be more joy in heaven over the tear-bathed face of a repentant sinner than over the white robes of a hundred just men.” Victor Hugo, Les Misérables 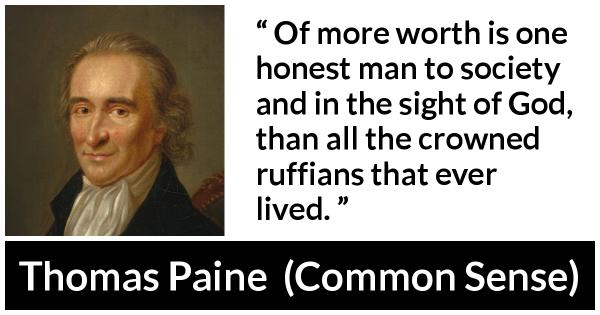 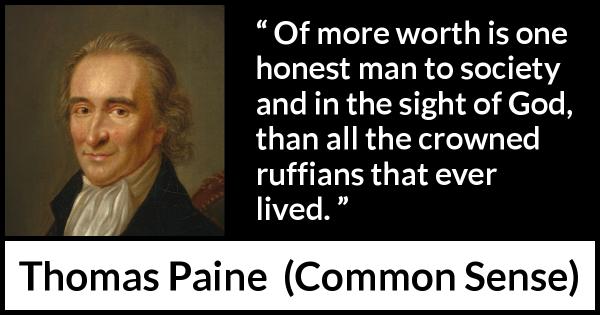 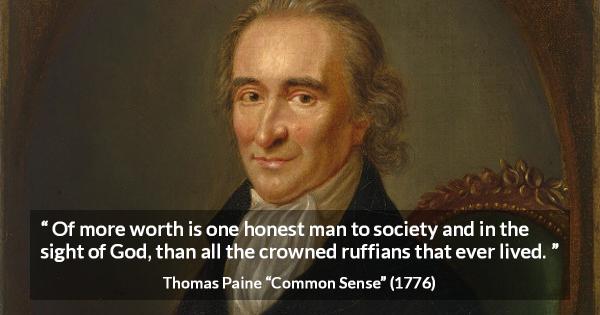 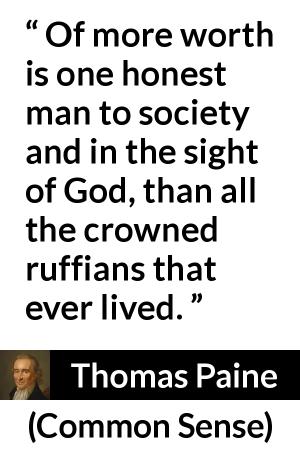 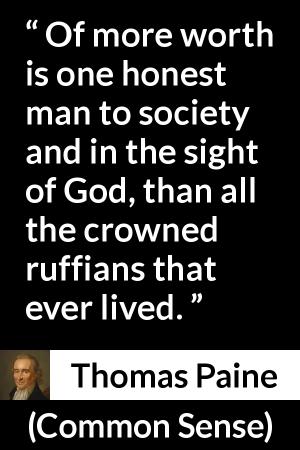 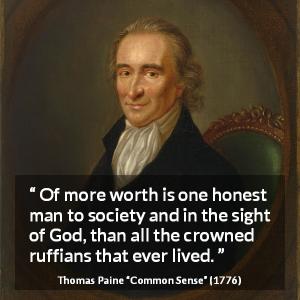