“ The heart has its reasons, which reason does not know. ”
Blaise Pascal, Pensées (1670). copy citation

“M. de Roannez said: "Reasons come to me afterwards, but at first a thing pleases or shocks me without my knowing the reason, and yet it shocks me for that reason which I only discover afterwards." But I believe, not that it shocked him for the reasons which were found afterwards, but that these reasons were only found because it shocks him.
277 The heart has its reasons, which reason does not know. We feel it in a thousand things. I say that the heart naturally loves the Universal Being, and also itself naturally, according as it gives itself to them; and it hardens itself against one or the other at its will.” source

“One is loved because one is loved. No reason is needed for loving.” Paulo Coelho, The Alchemist

“What does the brain matter . . . compared with the heart?” Virginia Woolf, Mrs Dalloway

“You can't reason with your heart; it has its own laws, and thumps about things which the intellect scorns.” Mark Twain, A Connecticut Yankee in King Arthur's Court

“The heart has its own order; the intellect has its own, which is by principle and demonstration. The heart has another. We do not prove that we ought to be loved by enumerating in order the causes of love; that would be ridiculous.” Blaise Pascal, Pensées

“I know not why I love this youth, and I have heard you say love's reason's without reason.” William Shakespeare, Cymbeline

“Did my heart love till now? forswear it, sight! For I ne'er saw true beauty till this night.” William Shakespeare, Romeo and Juliet

“How far away the stars seem, and how far is our first kiss, and ah, how old my heart.” William Butler Yeats, Ephemera

“I think you are wrong to want a heart. It makes most people unhappy. If you only knew it, you are in luck not to have a heart.” L. Frank Baum, The Wonderful Wizard of Oz 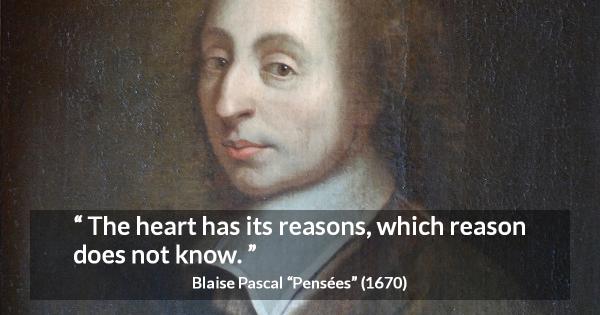 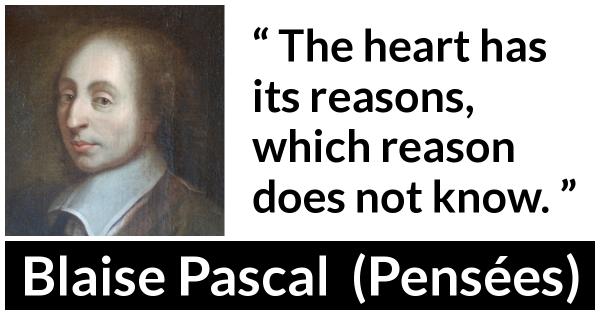 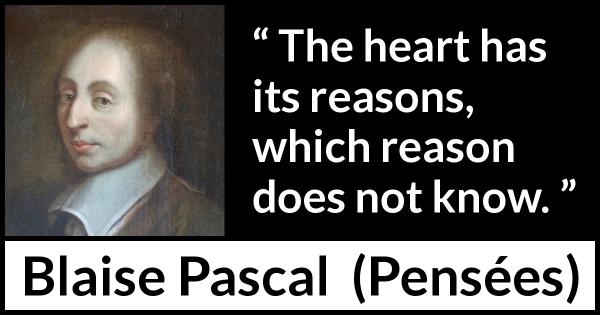 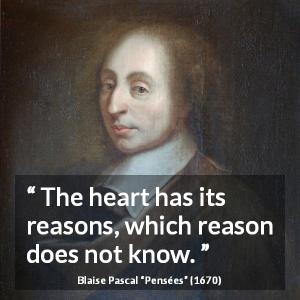 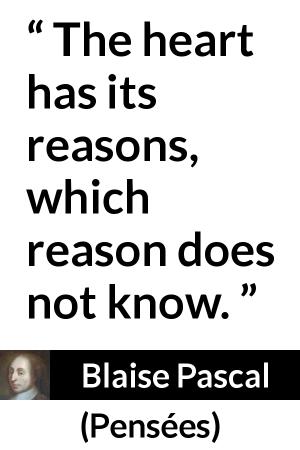 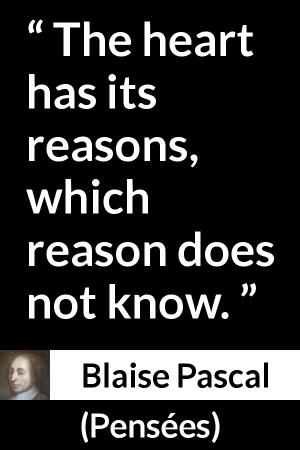