“ Man is but a reed, the most feeble thing in nature; but he is a thinking reed. ”
Blaise Pascal, Pensées (1670). copy citation

“Reason commands us far more imperiously than a master; for in disobeying the one we are unfortunate, and in disobeying the other we are fools.[ Pg 97]
346 Thought constitutes the greatness of man. 347 Man is but a reed, the most feeble thing in nature; but he is a thinking reed. The entire universe need not arm itself to crush him. A vapour, a drop of water suffices to kill him. But, if the universe were to crush him, man would still be more noble than that which killed him, because he knows that he dies and the advantage which the universe has over him; the universe knows nothing of this.” source
Original quote
“L'homme n'est qu'un roseau, le plus faible de la nature ; mais c'est un roseau pensant.” Blaise Pascal, Pensées

“Nature has made all her truths independent of one another. Our art makes one dependent on the other.” Blaise Pascal, Pensées 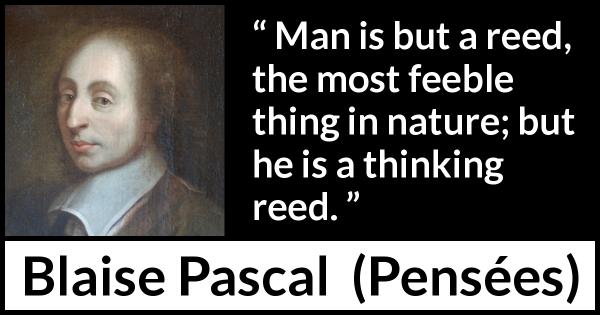 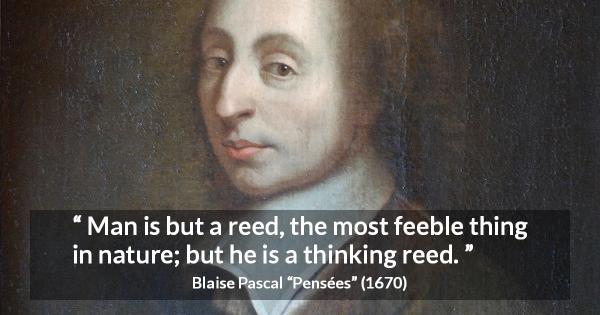 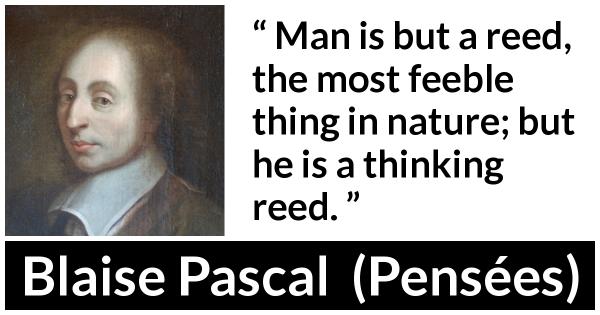 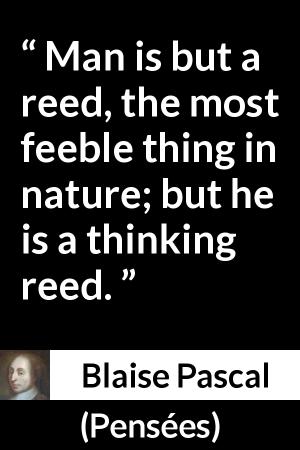 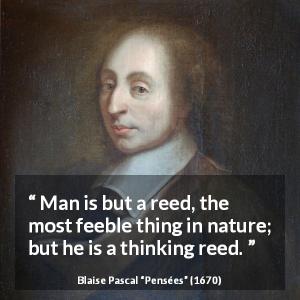 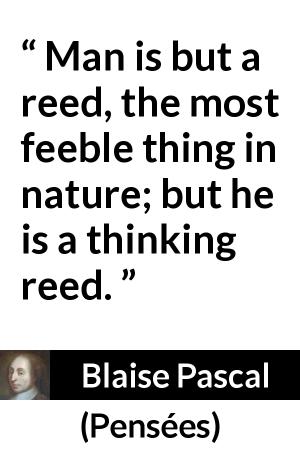