“ Men often take their imagination for their heart; and they believe they are converted as soon as they think of being converted. ”
Blaise Pascal, Pensées (1670). copy citation

“But fancy is like, though contrary to feeling, so that we cannot distinguish between these contraries. One person says that my feeling is fancy, another that his fancy is feeling. We should have a rule. Reason offers itself; but it is pliable in every sense; and thus there is no rule.
275 Men often take their imagination for their heart; and they believe they are converted as soon as they think of being converted. 276 M. de Roannez said: "Reasons come to me afterwards, but at first a thing pleases or shocks me without my knowing the reason, and yet it shocks me for that reason which I only discover afterwards." But I believe, not that it shocked him for the reasons which were found afterwards, but that these reasons were only found because it shocks him.” source
Original quote
“Les hommes prennent souvent leur imagination pour leur cœur ; et ils croient être convertis dès qu'ils pensent à se convertir.” Blaise Pascal, Pensées

“it is so easy to convert others. It is so difficult to convert oneself.” Oscar Wilde, Intentions

“And the upshot of this modern attitude is really this: that men invent new ideals because they dare not attempt old ideals. They look forward with enthusiasm, because they are afraid to look back.” G. K. Chesterton, What's Wrong with the World 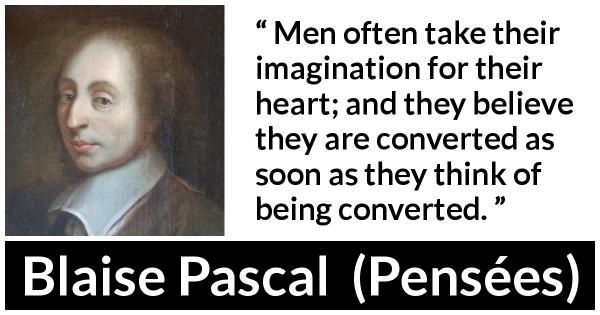 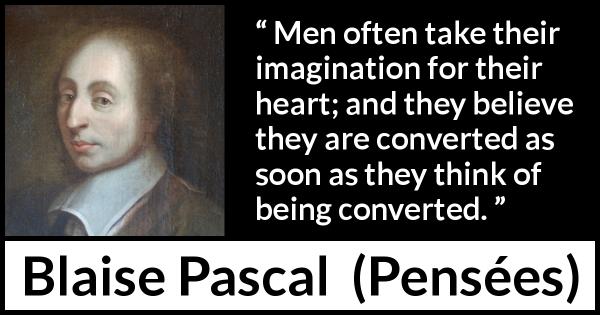 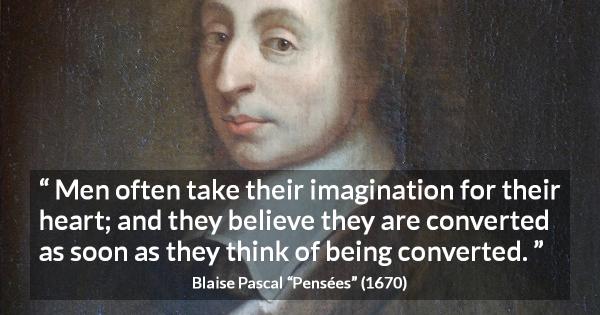 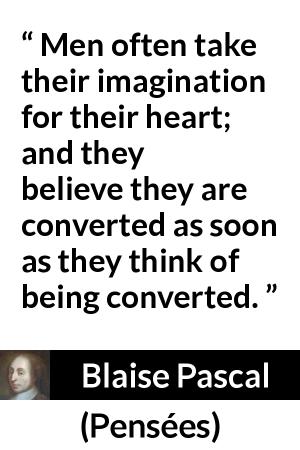 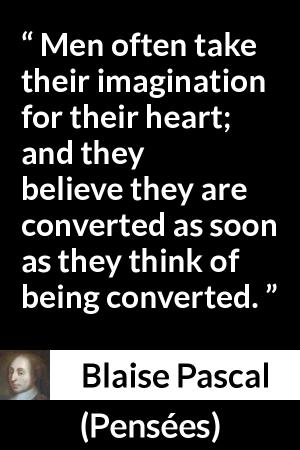 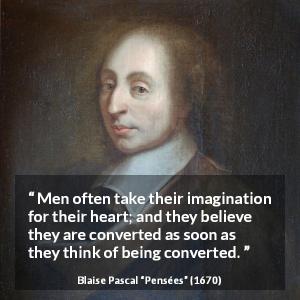