“ Nothing fortifies scepticism more than that there are some who are not sceptics; if all were so, they would be wrong. ”
Blaise Pascal, Pensées (1670). copy citation

“But[Pg 102] it is well there are so many such people in the world, who are not sceptics for the glory of scepticism, in order to show that man is quite capable of the most extravagant opinions, since he is capable of believing that he is not in a state of natural and inevitable weakness, but, on the contrary, of natural wisdom. Nothing fortifies scepticism more than that there are some who are not sceptics; if all were so, they would be wrong.
375 [I have passed a great part of my life believing that there was justice, and in this I was not mistaken; for there is justice according as God has willed to reveal it to us. But I did not take it so, and this is where I made a mistake; for I believed that our justice was essentially just, and that I had that whereby to know and judge of it.” source
Original quote
“Rien ne fortifie plus le pyrrhonisme que ce qu'il y en a qui ne sont point pyrrhoniens : si tous l'étaient, ils auraient tort.” Blaise Pascal, Pensées

“No conclusions can be more agreeable to scepticism than such as make discoveries concerning the weakness and narrow limits of human reason and capacity.” David Hume, An Enquiry Concerning Human Understanding

“Scepticism means not intellectual Doubt alone, but moral Doubt; all sorts of infidelity, insincerity, spiritual paralysis.” Thomas Carlyle, On Heroes, Hero-Worship, and The Heroic in History

“If you're only sceptical, then no new ideas make it through to you.” Carl Sagan, The Demon-Haunted World

“If this superstitious fear of Spirits were taken away, and with it, Prognostiques from Dreams, false Prophecies, and many other things depending thereon, by which, crafty ambitious persons abuse the simple people, men would be much more fitted...” Thomas Hobbes, Leviathan 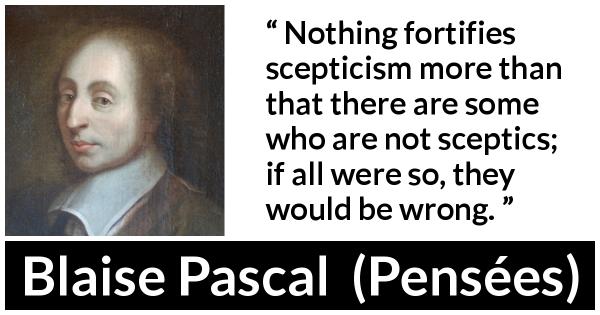 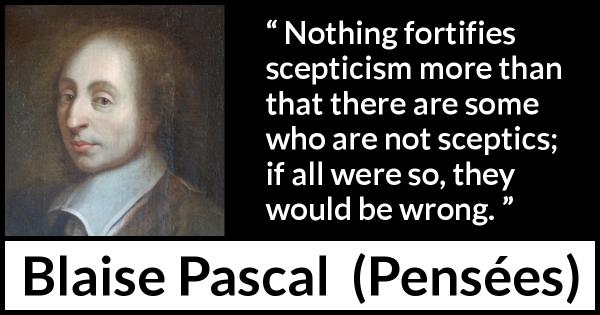 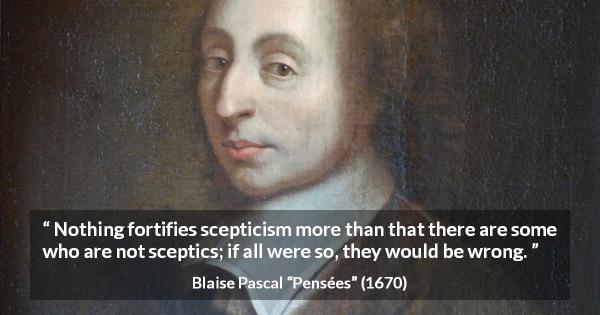 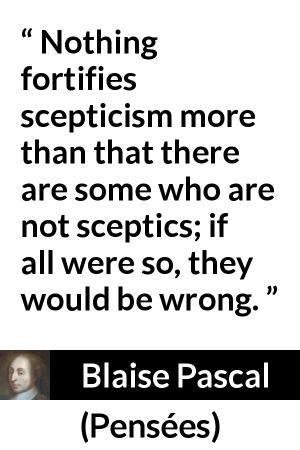 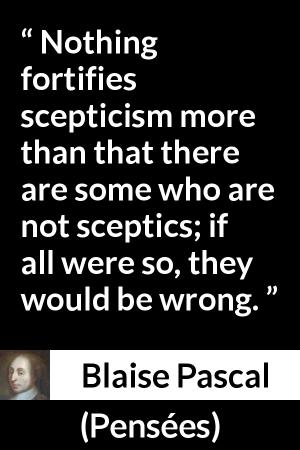 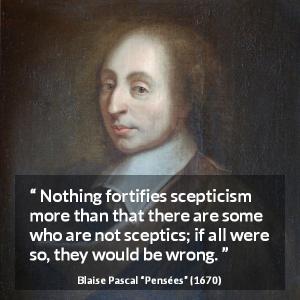