“ Of all hatreds that the world produces, a wife's hatred for her husband, when she does hate him, is the strongest. ”
Anthony Trollope, Phineas Redux (1874). copy citation

“"I suppose he looks after the sheep and says his prayers, and keeps his money together."
"And there has been no attempt at a reconciliation?" Phineas asked.
"She went abroad to escape his attempts, and remains there in order that she may be safe. Of all hatreds that the world produces, a wife's hatred for her husband, when she does hate him, is the strongest."
In September Finn was back in Ireland, and about the end of that month he made his first visit to Tankerville. He remained there for three or four days, and was terribly disgusted while staying at the "Yellow" inn, to find that the people of the town would treat him as though he were rolling in wealth.” source

“Consequently love must needs precede hatred; and nothing is hated, save through being contrary to a suitable thing which is loved. And hence it is that every hatred is caused by love.” Thomas Aquinas, Summa Theologica

“When our hatred is too bitter it places us below those whom we hate.” François de La Rochefoucauld, Reflections; or Sentences and Moral Maxims

“No one is born hating another person because of the color of his skin, or his background, or his religion. People must learn to hate, and if they can learn to hate, they can be taught to love, for love comes more naturally to the human heart than...” Nelson Mandela, Long Walk to Freedom

“It is not violence that best overcomes hate—nor vengeance that most certainly heals injury.” Charlotte Brontë, Jane Eyre

“He felt, no doubt, more sorry for her than her indignant relatives; but it seemed to him that the tie between husband and wife, even if breakable in prosperity, should be indissoluble in misfortune.” Edith Wharton, The Age of Innocence

“A husband who submits to his wife's yoke is justly held an object of ridicule. A woman's influence ought to be entirely concealed.” Honoré de Balzac, Letters of Two Brides 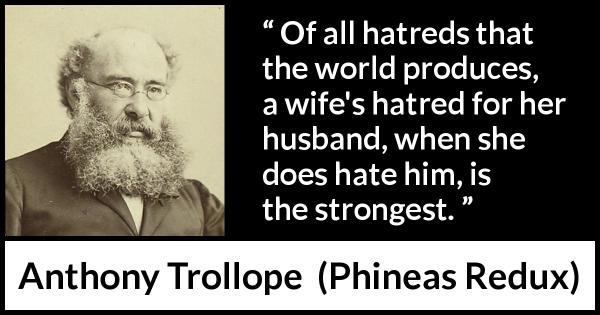 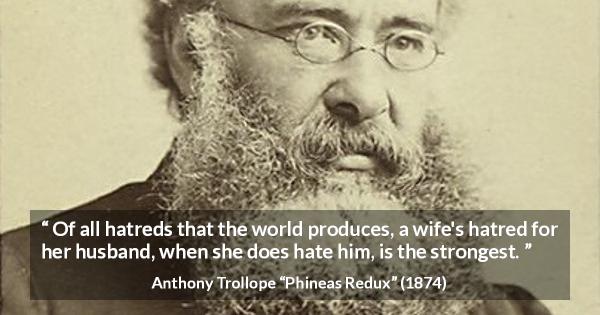 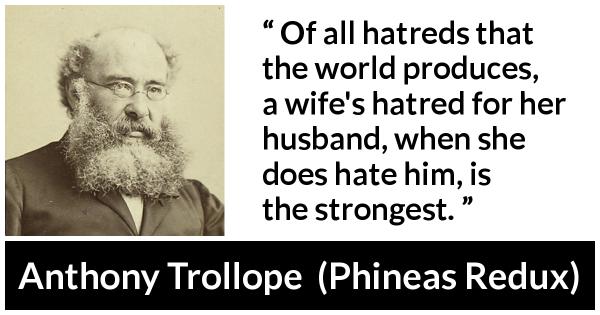 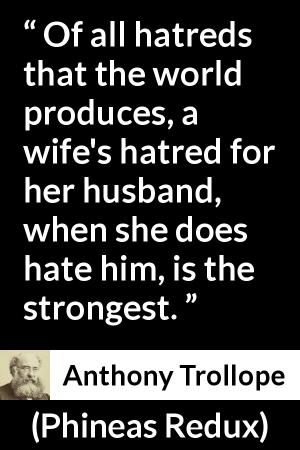 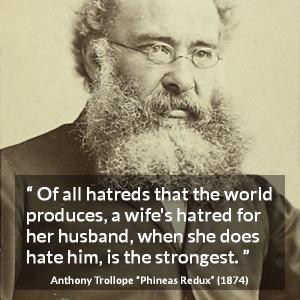 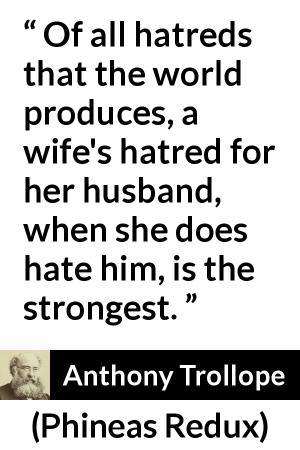