“"I look upon it as quite out of the question," said Lord Cantrip, when the three Ministers were left alone. Now Lord Cantrip had served for many months in the same office as Phineas Finn.
"You are simply putting your own opinion of the man against the facts," said Mr. Gresham. "But facts always convince, and another man's opinion rarely convinces."
"I'm not sure that we know the facts yet," said the Duke. "Of course we are speaking of them as far as they have been told to us. As far as they go,—unless they can be upset and shown not to be facts,—I fear they would be conclusive to me on a jury."” source

“The greatest deception men suffer is from their own opinions.” Leonardo da Vinci, The Notebooks of Leonardo Da Vinci 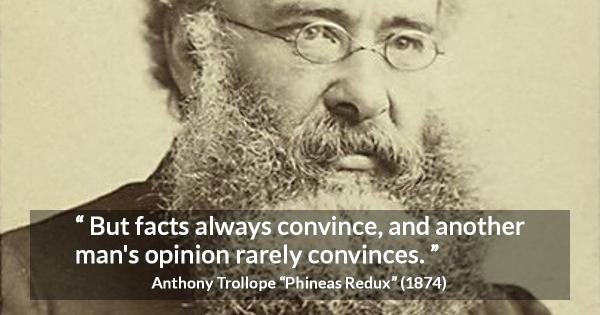 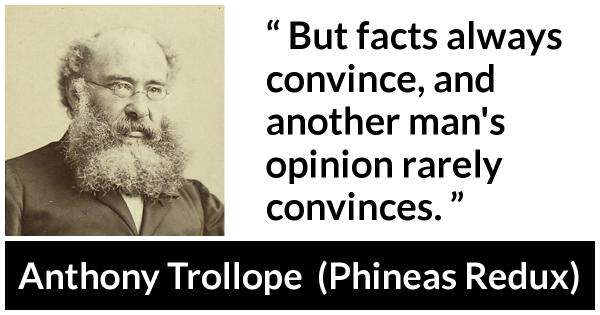 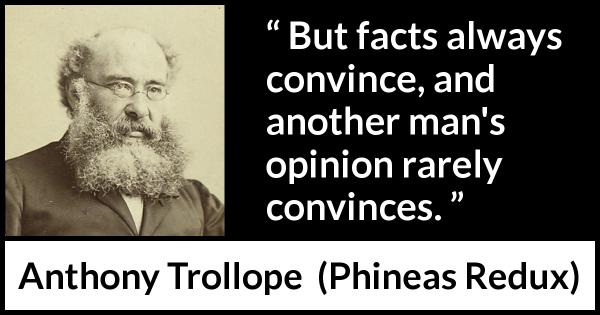 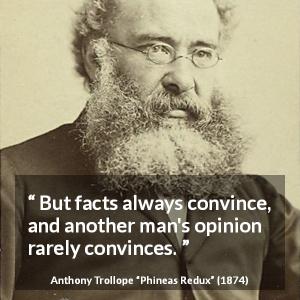 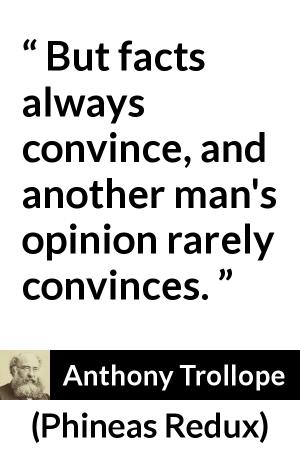 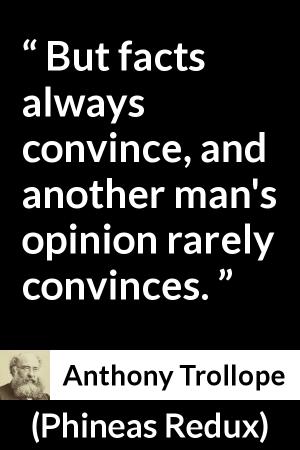