“ The public weal requires that men should betray, and lie, and massacre; let us leave this commission to men who are more obedient and more supple. ”
Michel de Montaigne, The Essays of Michel de Montaigne (1580). copy citation

“If they become excusable because they are of use to us, and that the common necessity covers their true qualities, we are to resign this part to the strongest and boldest citizens, who sacrifice their honour and conscience, as others of old sacrificed their lives, for the good of their country: we, who are weaker, take upon us parts both that are more easy and less hazardous. The public weal requires that men should betray, and lie, and massacre; let us leave this commission to men who are more obedient and more supple.
In earnest, I have often been troubled to see judges, by fraud and false hopes of favour or pardon, allure a criminal to confess his fact, and therein to make use of cozenage and impudence. It would become justice, and Plato himself, who countenances this manner of proceeding, to furnish me with other means more suitable to my own liking: this is a malicious kind of justice, and I look upon it as no less wounded by itself than by others.” source
Original quote
“Le bien public requiert qu'on trahisse, et qu'on mente, et qu'on massacre : réservons cette mission à gens plus obéissants et plus souples.” Michel de Montaigne, Essais

“And Credulity, because men love to be hearkened unto in company, disposeth them to lying: so that Ignorance it selfe without Malice, is able to make a man bothe to believe lyes, and tell them; and sometimes also to invent them.” Thomas Hobbes, Leviathan

“It was as though, so long as the deceit ran along quiet and monotonous, all of us let ourselves be deceived, abetting it unawares or maybe through cowardice, since all people are cowards and naturally prefer any kind of treachery because it has a...” William Faulkner, As I Lay Dying 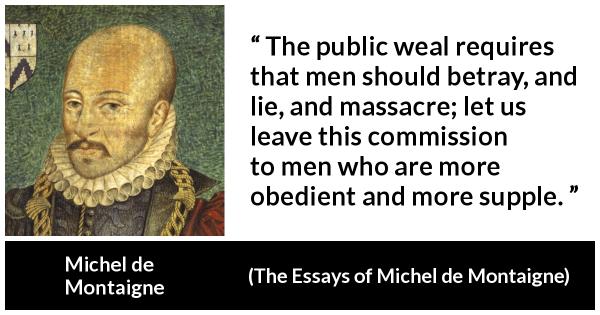 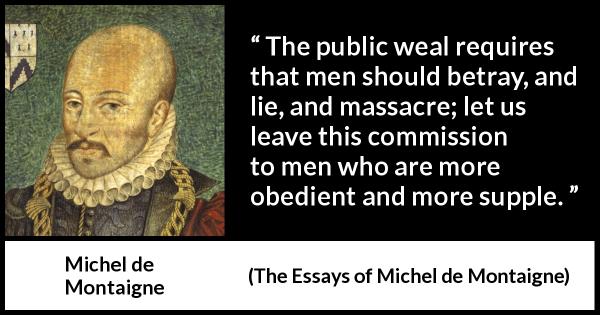 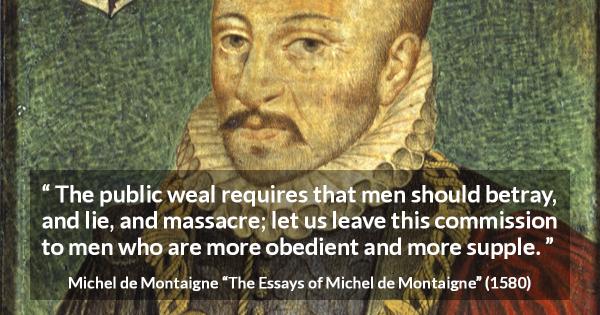 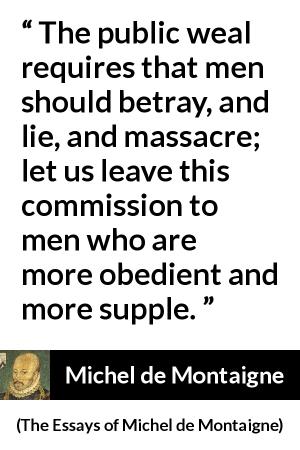 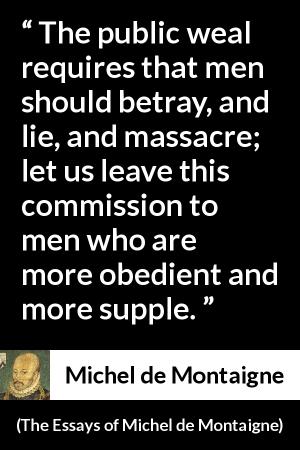 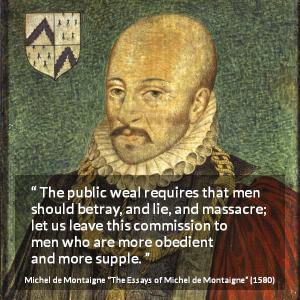