“On one side was the reason of the cause; on the other side, the reason of the judicial forms: he in some sort satisfied both, leaving the sentence in the state it was, and out of his own purse recompensing the condemned party. But he had to do with a reparable affair; my men were irreparably hanged. How many condemnations have I seen more criminal than the crimes themselves?
All which makes me remember the ancient opinions, «That 'tis of necessity a man must do wrong by retail who will do right in gross; and injustice in little things, who would come to do justice in great: that human justice is formed after the model of physic, according to which, all that is useful is also just and honest: and of what is held by the Stoics, that Nature herself proceeds contrary to justice in most of her works: and of what is received by the Cyrenaics, that there is nothing just of itself, but that customs and laws make justice: and what the Theodorians held that theft, sacrilege, and all sorts of uncleanness, are just in a sage, if he knows them to be profitable to him.»” source
Original quote
“Combien ai-je vu de condamnations plus criminelles que le crime ?” Michel de Montaigne, Essais

“would not one tiny crime be wiped out by thousands of good deeds?” Fyodor Dostoyevsky, Crime and Punishment

“In a well-governed State, there are few punishments, not because there are many pardons, but because criminals are rare; it is when a State is in decay that the multitude of crimes is a guarantee of impunity.” Jean-Jacques Rousseau, The Social Contract

“But, as often happens, a crime committed with extraordinary audacity is more successful than others.” Fyodor Dostoyevsky, The Brothers Karamazov 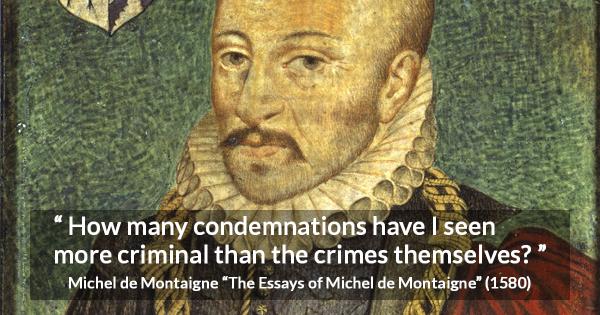 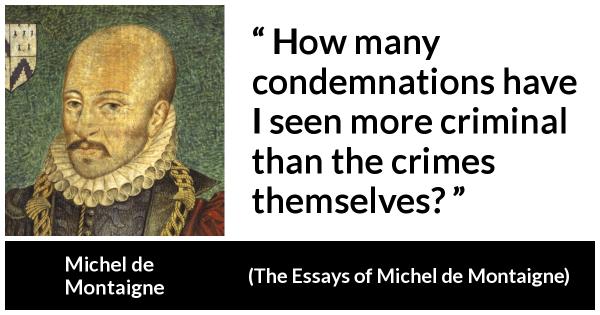 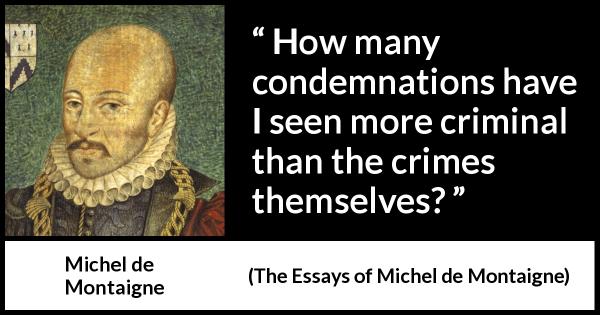 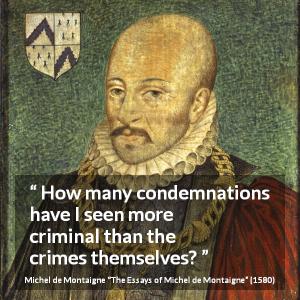 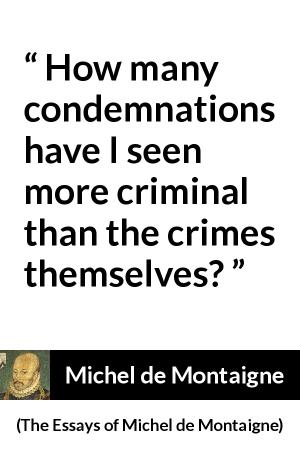 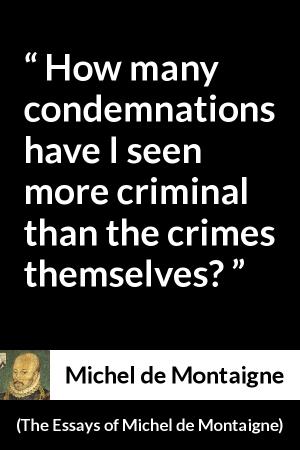