“ A drunkard or a gambler may be weaned from his ways, but not a politician. ”
Anthony Trollope, Phineas Redux (1874). copy citation

“Surely had he done so there would have been fit occasion for another embrace.
He was again a member of the British House of Commons,—was again in possession of that privilege for which he had never ceased to sigh since the moment in which he lost it. A drunkard or a gambler may be weaned from his ways, but not a politician. To have been in the House and not to be there was, to such a one as Phineas Finn, necessarily a state of discontent. But now he had worked his way up again, and he was determined that no fears for the future should harass him.” source

“His face was stern, and much flushed. If he were really not in the habit of drinking rather more than was exactly good for him, he might have brought action against his countenance for libel, and have recovered heavy damages.” Charles Dickens, Oliver Twist

“It's a great advantage not to drink among hard-drinking people. You can hold your tongue and, moreover, you can time any little irregularity of your own so that everybody else is so blind that they don't see or care.” F. Scott Fitzgerald, The Great Gatsby 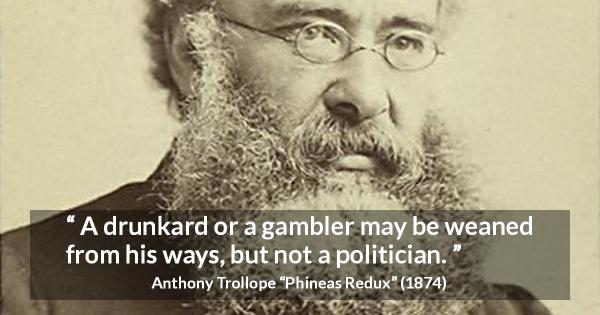 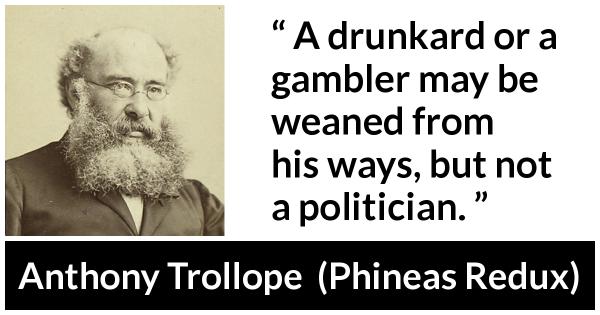 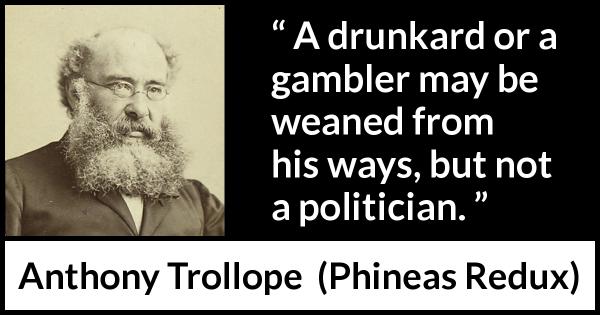 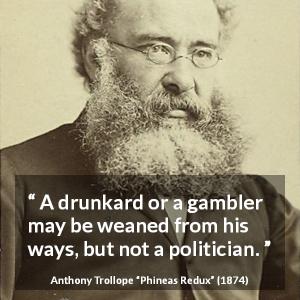 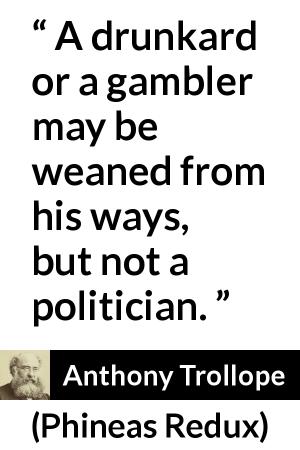 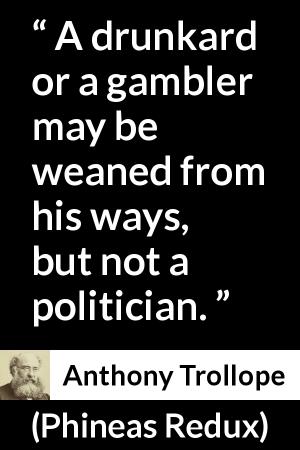