“ To worship my country as a god is to bring a curse upon it. ”
Rabindranath Tagore, The Home and the World (1916). copy citation

“Only he had not been able whole-heartedly to accept the spirit of __Bande Mataram__. [10]
"I am willing," he said, "to serve my country; but my worship I reserve for Right which is far greater than my country. To worship my country as a god is to bring a curse upon it."
——— 8. The Nationalist movement, which began more as an economic than a political one, having as its main object the encouragement of indigenous industries [Trans.] .
9. "Babu" is a term of respect, like "Father" or "Mister," but has also meant in colonial days a person who understands some English.” source

“The world bears the Gospel a grudge because the Gospel condemns the religious wisdom of the world. Jealous for its own religious views, the world in turn charges the Gospel with being a subversive and licentious doctrine, offensive to God and...” Martin Luther, Commentary on the Epistle to the Galatians

“Let my country die for me.” James Joyce, Ulysses 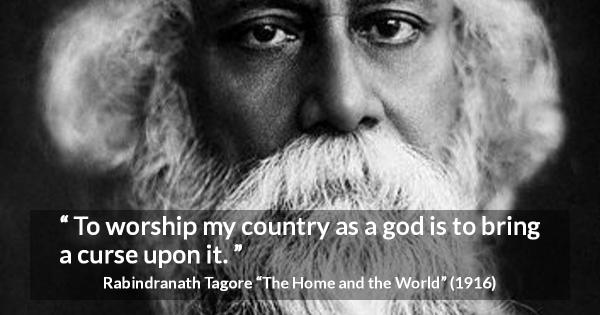 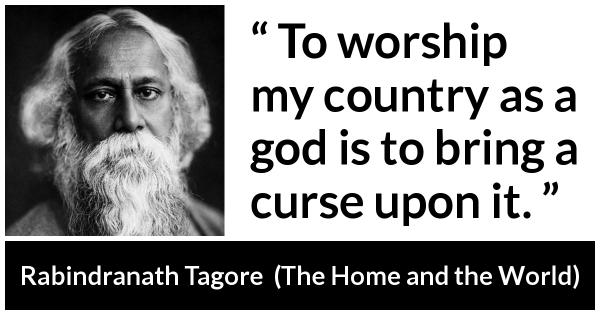 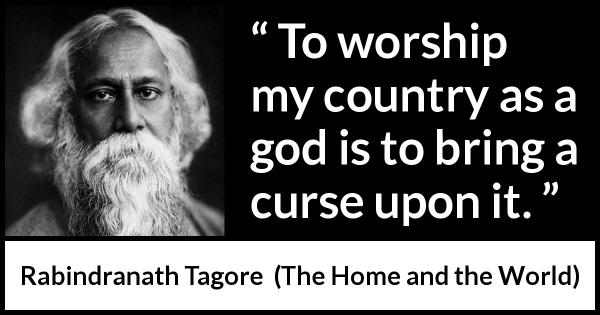 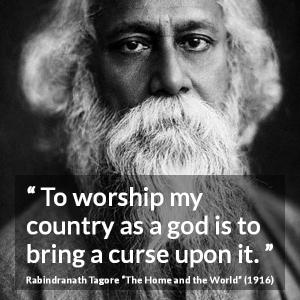 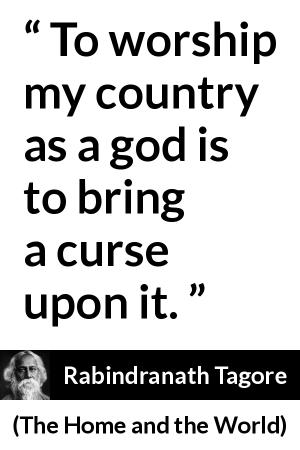 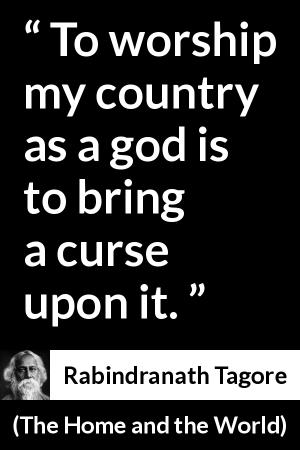