“ man was born to live either in a state of distracting inquietude or of lethargic disgust. ”
Voltaire, Candide (1759). copy citation

“"I want to know which is worse, to be ravished a hundred times by negro pirates, to have a buttock cut off, to run the gauntlet among the Bulgarians, to be whipped and hanged at an auto-da-fé, to be dissected, to row in the galleys—in short, to go through all the miseries we have undergone, or to stay here and have nothing to do?"
"It is a great question," said Candide. This discourse gave rise to new reflections, and Martin especially concluded that man was born to live either in a state of distracting inquietude or of lethargic disgust. Candide did not quite agree to that, but he affirmed nothing. Pangloss owned that he had always suffered horribly, but as he had once asserted that everything went wonderfully well, he asserted it still, though he no longer believed it.” source
Original quote
“l'homme était né pour vivre dans les convulsions de l'inquiétude, ou dans la léthargie de l'ennui.” Voltaire, Candide

“A man finds himself, to his great astonishment, suddenly existing, after thousands and thousands of years of non-existence: he lives for a little while; and then, again, comes an equally long period when he must exist no more. The heart rebels...” Arthur Schopenhauer, Studies in Pessimism 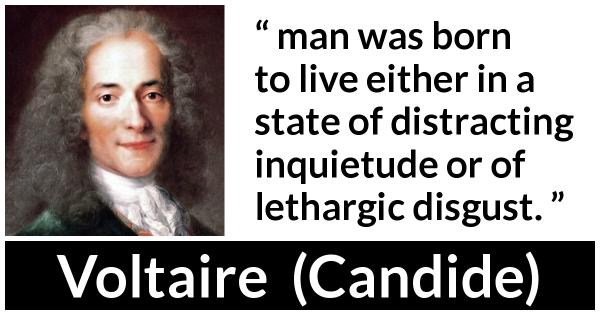 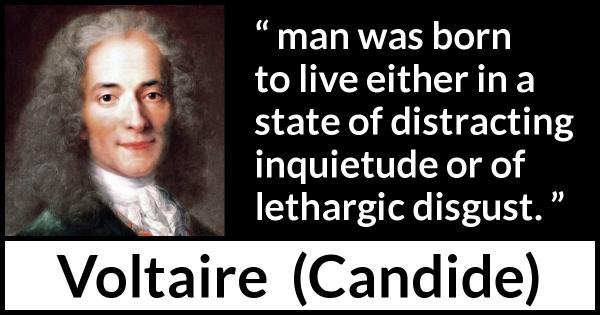 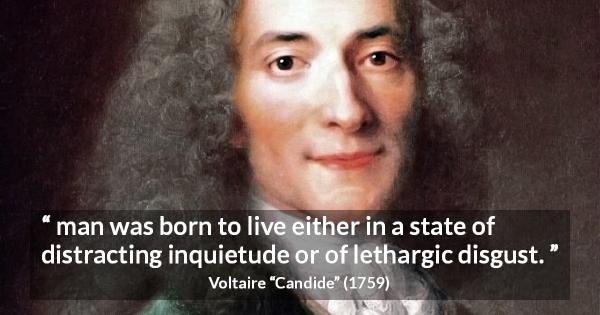 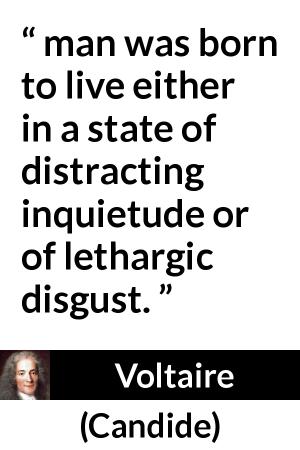 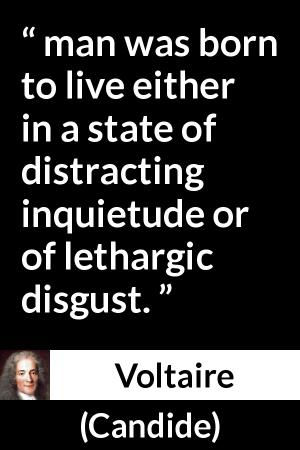 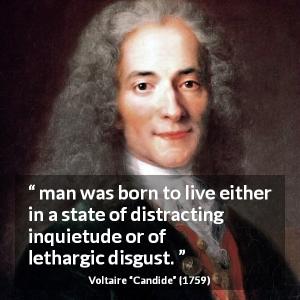