“ Since faith rests upon infallible truth, and since the contrary of a truth can never be demonstrated, it is clear that the arguments brought against faith cannot be demonstrations, but are difficulties that can be answered. ”
Thomas Aquinas, Summa Theologica (1274). copy citation

“Hence Sacred Scripture, since it has no science above itself, can dispute with one who denies its principles only if the opponent admits some at least of the truths obtained through divine revelation; thus we can argue with heretics from texts in Holy Writ, and against those who deny one article of faith, we can argue from another. If our opponent believes nothing of divine revelation, there is no longer any means of proving the articles of faith by reasoning, but only of answering his objections—if he has any—against faith. Since faith rests upon infallible truth, and since the contrary of a truth can never be demonstrated, it is clear that the arguments brought against faith cannot be demonstrations, but are difficulties that can be answered.
Reply Obj. 1: Although arguments from human reason cannot avail to prove what must be received on faith, nevertheless, this doctrine argues from articles of faith to other truths.
Reply Obj. 2: This doctrine is especially based upon arguments from authority, inasmuch as its principles are obtained by revelation: thus we ought to believe on the authority of those to whom the revelation has been made.” source

“reason is the greatest enemy that faith has” Martin Luther, Table Talk

“I fear your faith has been misplaced—but then, faith usually is.” John Green, The Fault in Our Stars

“Any faith that admires truth, that strives to know God, must be brave enough to accommodate the universe.” Carl Sagan, Contact 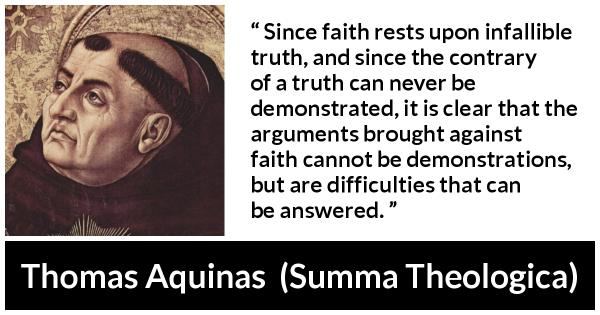 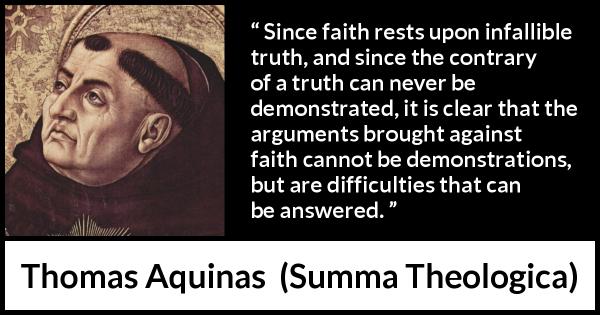 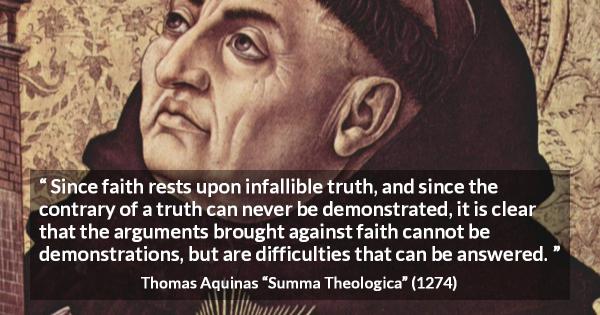 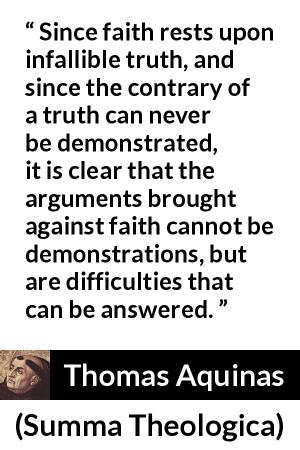 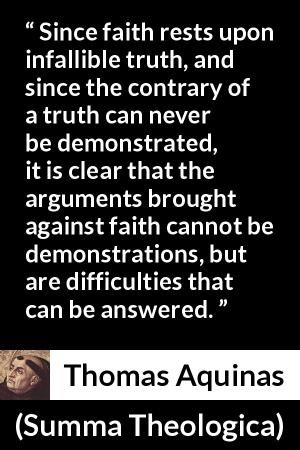 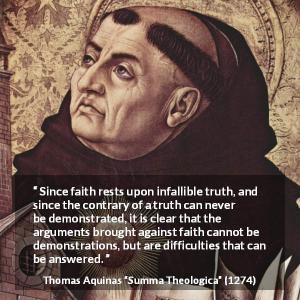