“It is the insistence, as a first consideration, upon the interdependence of the various elements in and parts of the United States of America—a recognition of the old and permanently important manifestation of the American spirit of the pioneer. It is the way to recovery. It is the immediate way. It is the strongest assurance that recovery will endure.
In the field of world policy I would dedicate this nation to the policy of the good neighbour—the neighbour who resolutely respects himself and, because he does so, respects the rights of others—the neighbour who respects the sanctity of his agreements in and with a world of neighbours. If I read the temper of our people correctly, we[Pg 267] now realise as we have never realised before our interdependence on each other; that we cannot merely take, but we must give as well; that, if we are to go forward, we must move as a trained and loyal army willing to sacrifice for the good of a common discipline, because without such discipline no progress can be made, no leadership become effective.” source

“For what do we live, but to make sport for our neighbours, and laugh at them in our turn?” Jane Austen, Pride and Prejudice 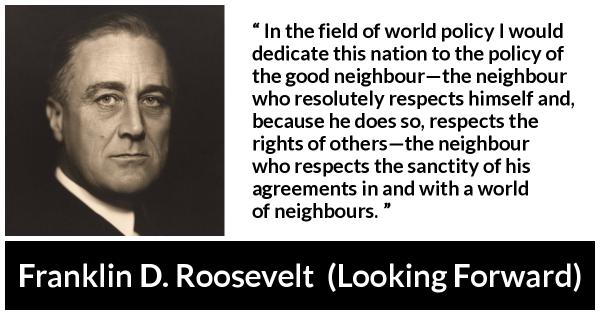 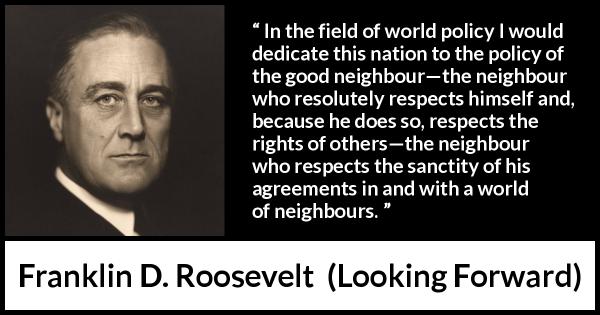 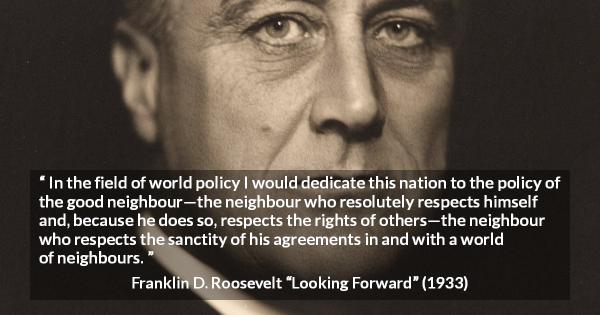 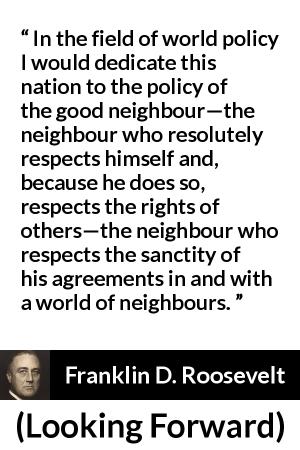 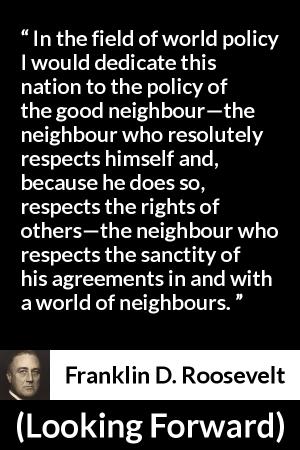 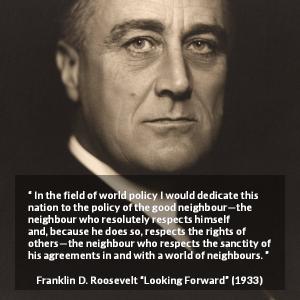