“ Religion, in short, is a monumental chapter in the history of human egotism. ”
William James, The Varieties of Religious Experience (1902). copy citation

“Let me call it the «Survival theory,» for brevity's sake.
[pg 491] The pivot round which the religious life, as we have traced it, revolves, is the interest of the individual in his private personal destiny. Religion, in short, is a monumental chapter in the history of human egotism. The gods believed in—whether by crude savages or by men disciplined intellectually—agree with each other in recognizing personal calls. Religious thought is carried on in terms of personality, this being, in the world of religion, the one fundamental fact.” source

“Religion is one of the great civilizing influences of history” Isaac Asimov, Foundation

“History has the relation to truth that theology has to religion—i.e., none to speak of.” Robert A. Heinlein, Time Enough for Love

“Humans! They lived in a world where the grass continued to be green and the sun rose every day and flowers regularly turned into fruit, and what impressed them? Weeping statues. And wine made out of water!” Terry Pratchett, Small Gods 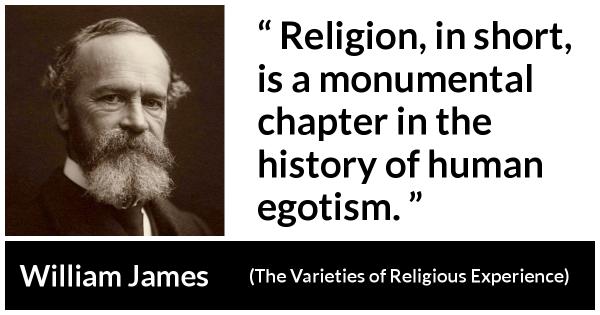 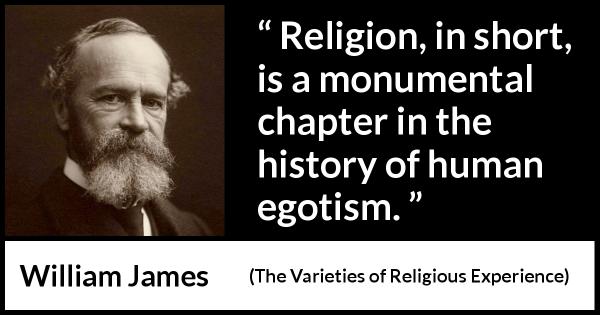 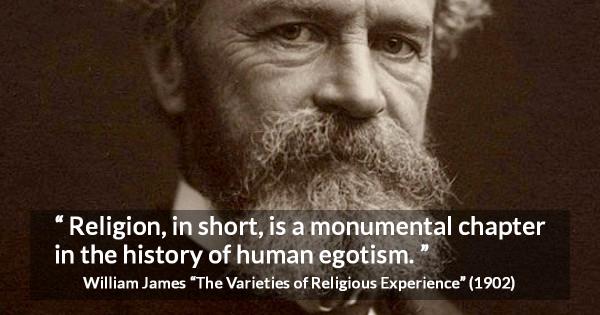 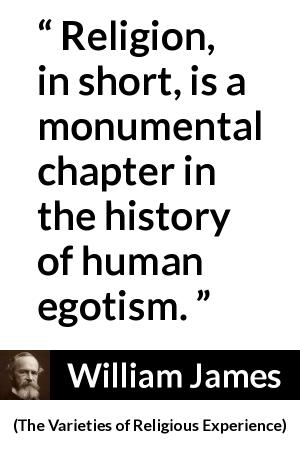 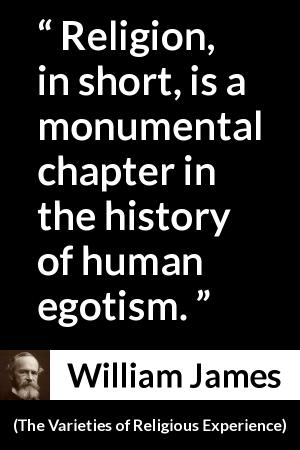 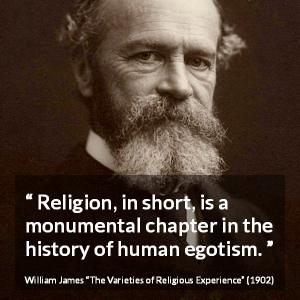