“ There was a considerable difference between the ages of my parents, but this circumstance seemed to unite them only closer in bonds of devoted affection. ”
Mary Shelley, Frankenstein (1818). copy citation

“He came like a protecting spirit to the poor girl, who committed herself to his care; and after the interment of his friend he conducted her to Geneva and placed her under the protection of a relation. Two years after this event Caroline became his wife.
There was a considerable difference between the ages of my parents, but this circumstance seemed to unite them only closer in bonds of devoted affection. There was a sense of justice in my father's upright mind which rendered it necessary that he should approve highly to love strongly. Perhaps during former years he had suffered from the late-discovered unworthiness of one beloved and so was disposed to set a greater value on tried worth.” source

“She always seemed to me, I fancy, more human than she was, perhaps because her affection was so human.” H. G. Wells, The Time Machine

“You realize that trying to keep your distance from me will not lessen my affection for you” John Green, The Fault in Our Stars

“We walked to meet each other up to the time of our love, and then we have been irresistibly drifting in different directions. And there's no altering that.” Leo Tolstoy, Anna Karenina

“Prosperity's the very bond of love, whose fresh complexion and whose heart together affliction alters.” William Shakespeare, The Winter's Tale 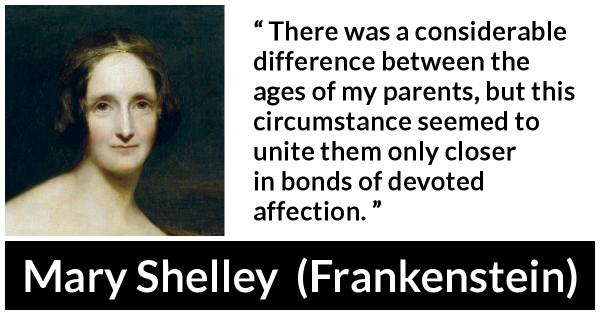 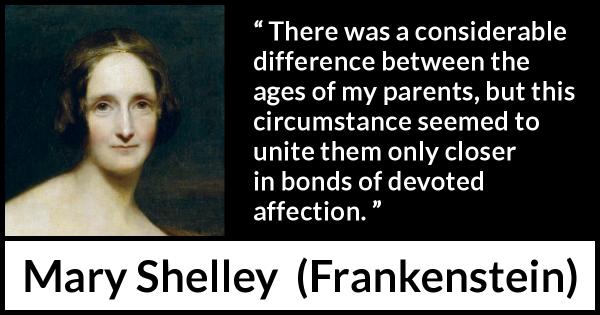 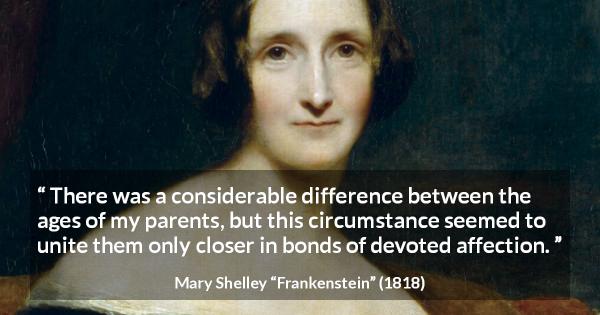 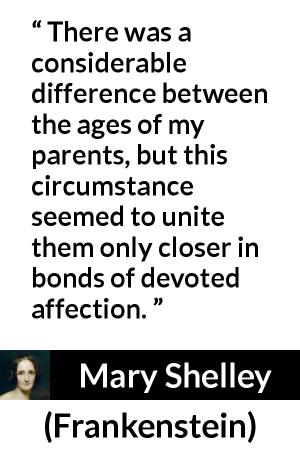 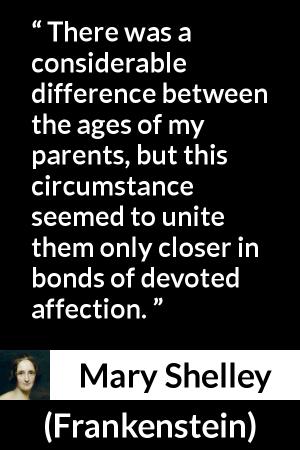 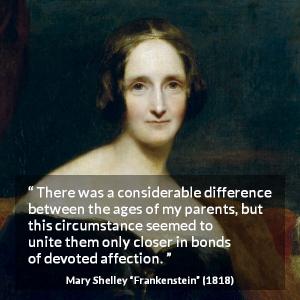