“The Sun suddenly shone out with all his warmth. The Traveler no sooner felt his genial rays than he took off one garment after another, and at last, fairly overcome with heat, undressed and bathed in a stream that lay in his path.
Persuasion is better than Force.
The Two Men Who Were Enemies TWO MEN, deadly enemies to each other, were sailing in the same vessel. Determined to keep as far apart as possible, the one seated himself in the stem, and the other in the prow of the ship.” source

“the object of waging a war is always to be in a better position in which to wage another war.” George Orwell, 1984 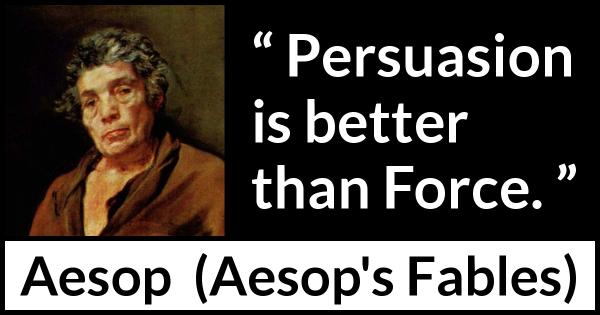 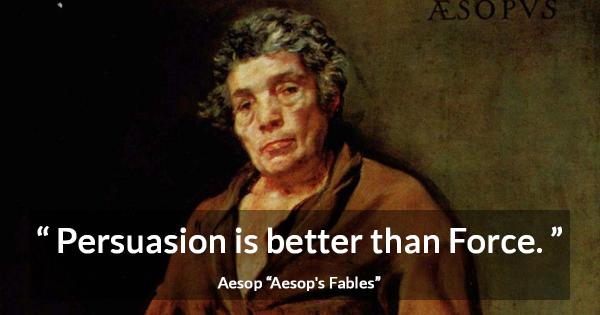 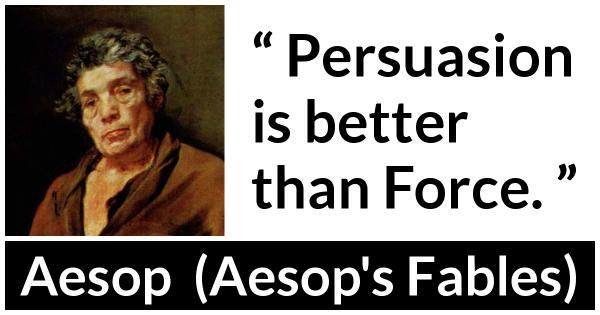 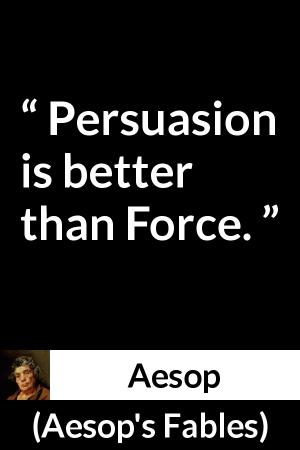 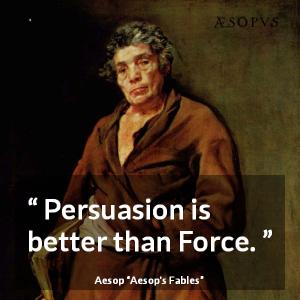 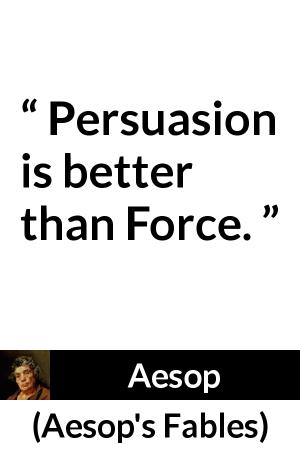