“ Whatever our souls are made of, his and mine are the same; and Linton's is as different as a moonbeam from lightning, or frost from fire. ”
Emily Brontë, Wuthering Heights (1847). copy citation

“I've no more business to marry Edgar Linton than I have to be in heaven; and if the wicked man in there had not brought Heathcliff so low, I shouldn't have thought of it. It would degrade me to marry Heathcliff now; so he shall never know how I love him: and that, not because he's handsome, Nelly, but because he's more myself than I am. Whatever our souls are made of, his and mine are the same; and Linton's is as different as a moonbeam from lightning, or frost from fire.'
Ere this speech ended I became sensible of Heathcliff's presence. Having noticed a slight movement, I turned my head, and saw him rise from the bench, and steal out noiselessly. He had listened till he heard Catherine say it would degrade her to marry him, and then he stayed to hear no further.” source

“We all have the same God, we just serve him differently. Rivers, lakes, ponds, streams, oceans, all have different names, but they all contain water.” Muhammad Ali, The Soul of a Butterfly

“Not to grieve a kind master, I learned to be less touchy; and, for the space of half a year, the gunpowder lay as harmless as sand, because no fire came near to explode it.” Emily Brontë, Wuthering Heights 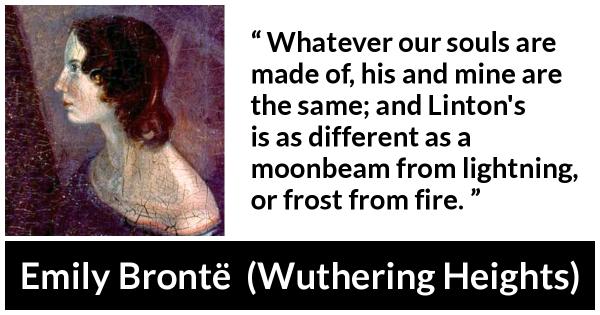 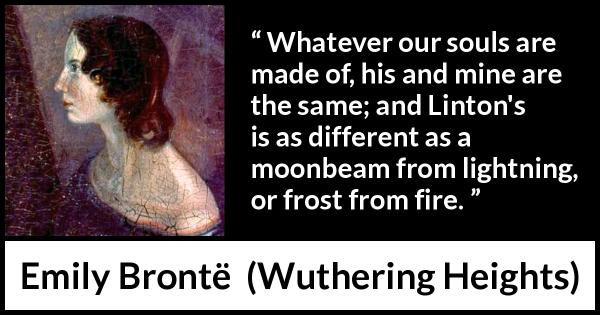 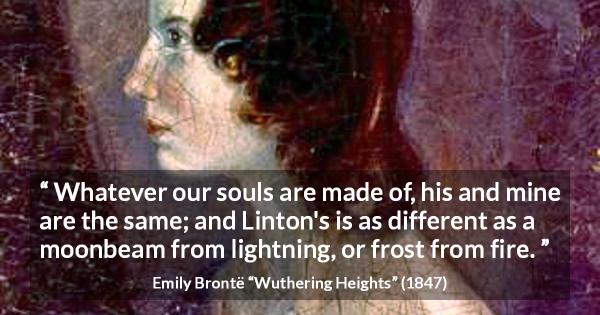 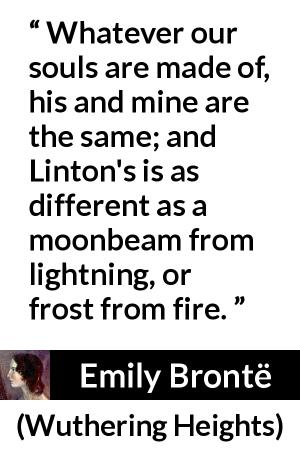 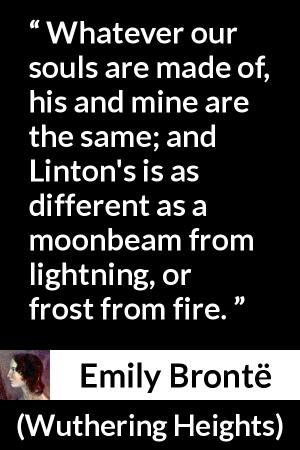 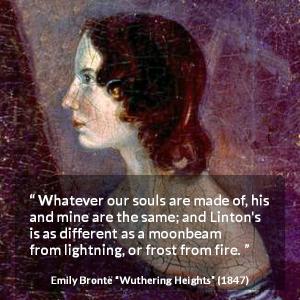