“ But anyone who is practically acquainted with scientific work is aware that those who refuse to go beyond fact, rarely get as far as fact; ”
Thomas Henry Huxley, The Advance of Science in the Last Half-Century (1887). copy citation

“It is a favorite popular delusion that the scientific inquirer is under a sort of moral obligation to abstain from going beyond that generalisation of observed facts which is absurdly called 'Baconian' induction. But anyone who is practically acquainted with scientific work is aware that those who refuse to go beyond fact, rarely get as far as fact; and anyone who has studied the history of science knows that almost every great step therein has been made by the 'anticipation of Nature,' that is, by the invention of hypotheses, which, though verifiable, often had very little foundation to start with; and, not unfrequently, in spite of a long career of usefulness, turned out to be wholly erroneous in the long run.
Fruitful use of an hypothesis even when wrong.
The geocentric system of astronomy, with its eccentrics and its epicycles, was an hypothesis utterly at variance with fact, which nevertheless did great things for the advancement of astronomical knowledge.” source

“I'm a scientific expert; that means I know nothing about absolutely everything.” Arthur C. Clarke, 2001: A Space Odyssey

“You can't learn a science unless you know what it's all about.” Aldous Huxley, Brave New World

“There are no forbidden questions in science, no matters too sensitive or delicate to be probed, no sacred truths.” Carl Sagan, The Demon-Haunted World

“in science there are no authorities; at most, there are experts.” Carl Sagan, The Demon-Haunted World

“If you thought before that science was certain—well, that is just an error on your part.” Richard Feynman, The Character of Physical Law

“Nevertheless, it is possible for anyone, who has familiarised himself with the operations of science in one department, to comprehend the significance, and even to form a general estimate of the value, of the achievements of specialists in other...” Thomas Henry Huxley, The Advance of Science in the Last Half-Century

“In Newton's time it was possible for an educated person to have a grasp of the whole of human knowledge, at least in outline. But since then, the pace of the development of science has made this impossible.” Stephen Hawking, A Brief History of Time

“It reaffirmed my long-held belief that education was the enemy of prejudice. These were men and women of science, and science had no room for racism.” Nelson Mandela, Long Walk to Freedom 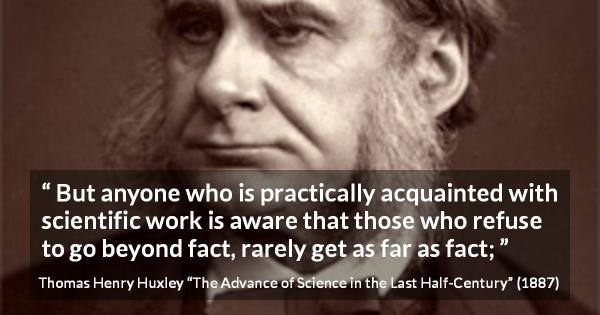 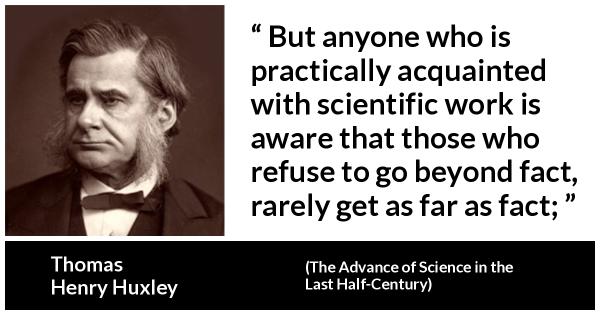 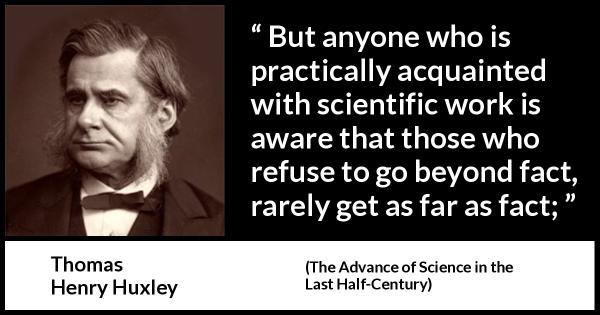 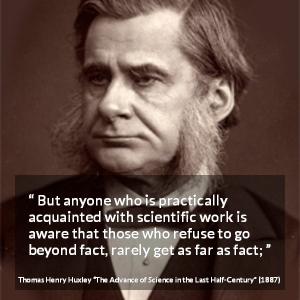 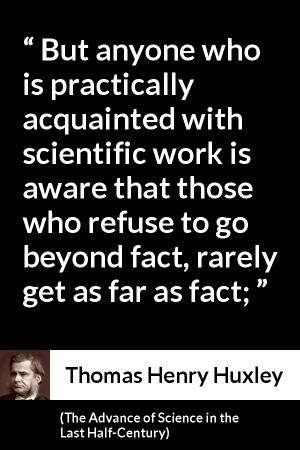