“ For the unity of freedom has never relied on uniformity of opinion. ”
John F. Kennedy, State of the Union Address (14 January 1963). copy citation

“No doubt differences of opinion will continue to get more attention than agreements on action, as Europe moves from independence to more formal interdependence. But these are honest differences among honorable associates—more real and frequent, in fact, among our Western European allies than between them and the United States. For the unity of freedom has never relied on uniformity of opinion. But the basic agreement of this alliance on fundamental issues continues.
The first task of the alliance remains the common defense. Last month Prime Minister Macmillan and I laid plans for a new stage in our long cooperative effort, one which aims to assist in the wider task of framing a common nuclear defense for the whole alliance.” source

“Freedom without civility, freedom without the ability to live in peace, was not true freedom at all.” Nelson Mandela, Long Walk to Freedom

“While we shall never weary in the defense of freedom, neither shall we ever abandon the pursuit of peace.” John F. Kennedy, State of the Union Address

“The love of power and the love of liberty are in eternal antagonism.” John Stuart Mill, The Subjection of Women

“Underlying most arguments against the free market is a lack of belief in freedom itself.” Milton Friedman, Capitalism and Freedom

“A liberal is fundamentally fearful of concentrated power. His objective is to preserve the maximum degree of freedom for each individual separately that is compatible with one man's freedom not interfering with other men's freedom. He believes...” Milton Friedman, Capitalism and Freedom

“The freedom you allow me is your freedom. The freedom to do what pleases you. Freedom is not an exchange—it is freedom.” André Malraux, Man's Fate

“The preservation of freedom is the protective reason for limiting and decentralizing governmental power.” Milton Friedman, Capitalism and Freedom

“Opposition brings concord. Out of discord comes the fairest harmony.” Heraclitus, On Nature 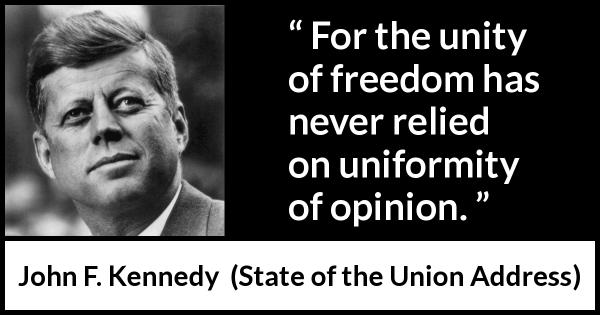 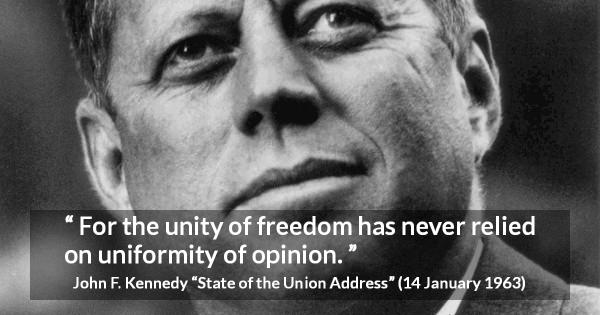 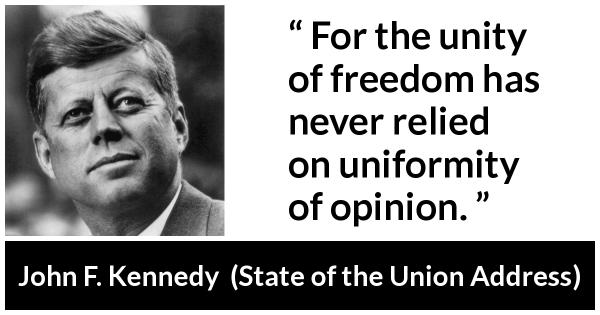 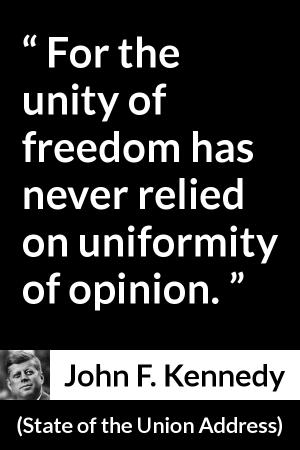 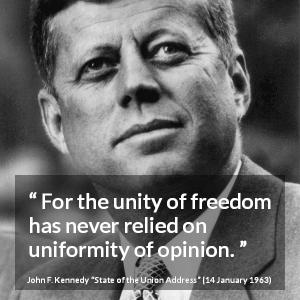 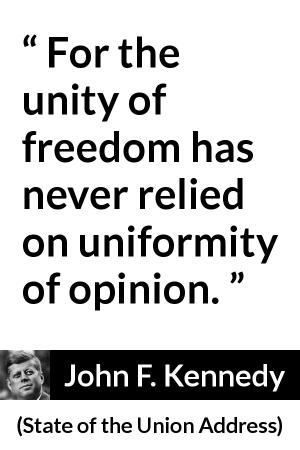