“ For, although one may be very strong in armed forces, yet in entering a province one has always need of the goodwill of the natives. ”
Niccolò Machiavelli, The Prince (1532). copy citation

“In this way you have enemies in all those whom you have injured in seizing that principality, and you are not able to keep those friends who put you there because of your not being able to satisfy them in the way they expected, and you cannot take strong measures against them, feeling bound to them. For, although one may be very strong in armed forces, yet in entering a province one has always need of the goodwill of the natives.
For these reasons Louis the Twelfth, King of France, quickly occupied Milan, and as quickly lost it; and to turn him out the first time it only needed Lodovico's own forces; because those who had opened the gates to him, finding themselves deceived in their hopes of future benefit, would not endure the ill-treatment of the new prince.” source

“They were conquerors, and for that you want only brute force—nothing to boast of, when you have it, since your strength is just an accident arising from the weakness of others.” Joseph Conrad, Heart of Darkness

“No nation which refuses to exercise forbearance and to respect the freedom and rights of others can long remain strong and retain the confidence and respect of other nations.” Franklin D. Roosevelt, Quarantine Speech 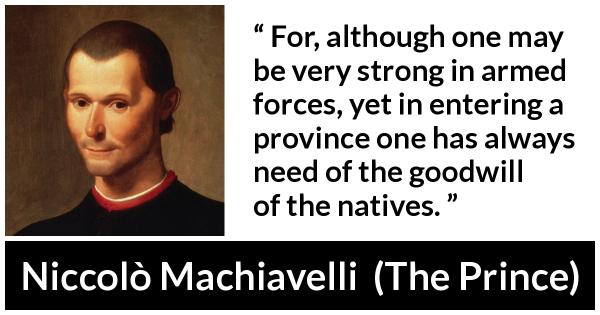 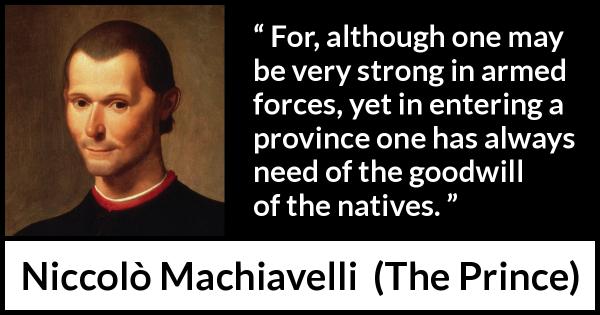 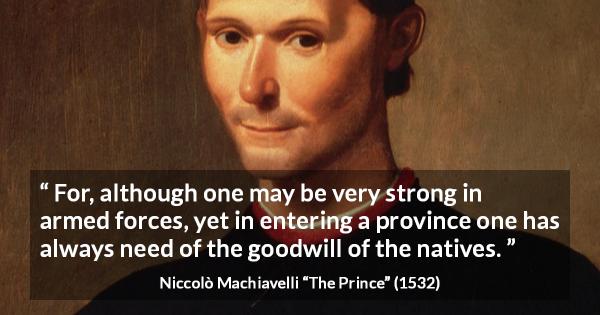 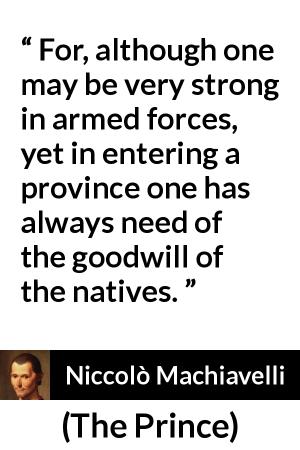 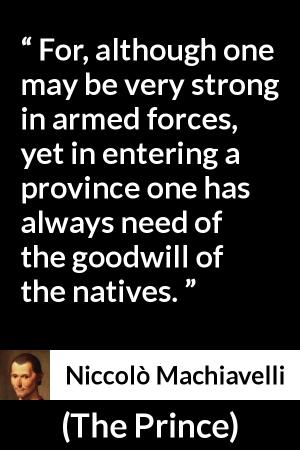 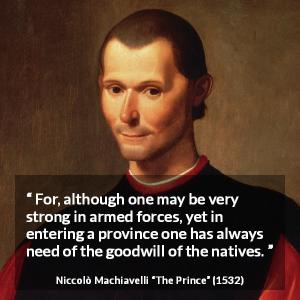