“ And as in other things, so in men, not the seller, but the buyer determines the price. ”
Thomas Hobbes, Leviathan (1651). copy citation

“The Value, or WORTH of a man, is as of all other things, his Price; that is to say, so much as would be given for the use of his Power: and therefore is not absolute; but a thing dependant on the need and judgement of another. An able conductor of Souldiers, is of great Price in time of War present, or imminent; but in Peace not so. A learned and uncorrupt Judge, is much Worth in time of Peace; but not so much in War. And as in other things, so in men, not the seller, but the buyer determines the Price. For let a man (as most men do,) rate themselves as the highest Value they can; yet their true Value is no more than it is esteemed by others.
The manifestation of the Value we set on one another, is that which is commonly called Honouring, and Dishonouring.” source

“Nowadays people know the price of everything and the value of nothing.” Oscar Wilde, The Picture of Dorian Gray

“It is not for its own sake that men desire money, but for the sake of what they can purchase with it.” Adam Smith, The Wealth of Nations

“all knowledge is spendable currency, depending on the market.” Maya Angelou, I Know Why the Caged Bird Sings 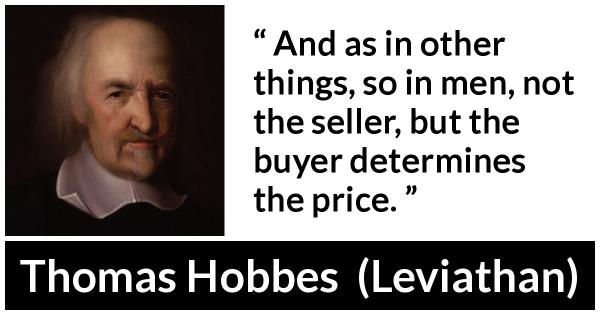 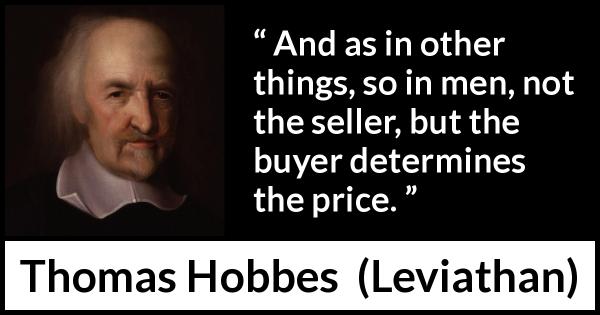 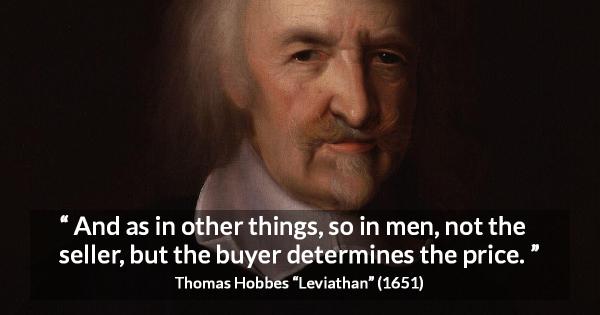 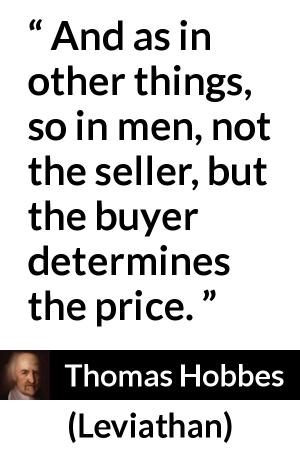 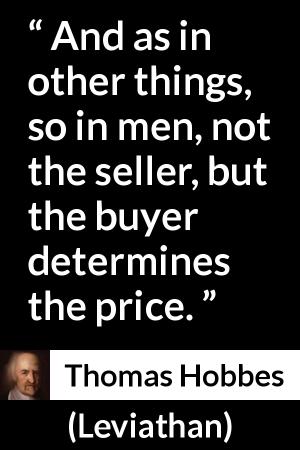 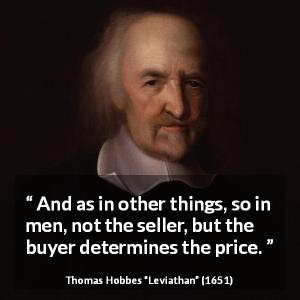