“ We have not seen great things done in our time except by those who have been considered mean; the rest have failed. ”
Niccolò Machiavelli, The Prince (1532). copy citation

“Therefore, a prince, not being able to exercise this virtue of liberality in such a way that it is recognized, except to his cost, if he is wise he ought not to fear the reputation of being mean, for in time he will come to be more considered than if liberal, seeing that with his economy his revenues are enough, that he can defend himself against all attacks, and is able to engage in enterprises without burdening his people; thus it comes to pass that he exercises liberality towards all from whom he does not take, who are numberless, and meanness towards those to whom he does not give, who are few.
We have not seen great things done in our time except by those who have been considered mean; the rest have failed. Pope Julius the Second was assisted in reaching the papacy by a reputation for liberality, yet he did not strive afterwards to keep it up, when he made war on the King of France; and he made many wars without imposing any extraordinary tax on his subjects, for he supplied his additional expenses out of his long thriftiness.” source

“We are unjust towards these great men who attempt the future, when they fail.” Victor Hugo, Les Misérables

“The things we admire in men, kindness and generosity, openness, honesty, understanding and feeling are the concomitants of failure in our system. And those traits we detest, sharpness, greed, acquisitiveness, meanness, egotism and self-interest...” John Steinbeck, Cannery Row

“If we had no faults we should not take so much pleasure in noting those of others.” François de La Rochefoucauld, Reflections; or Sentences and Moral Maxims 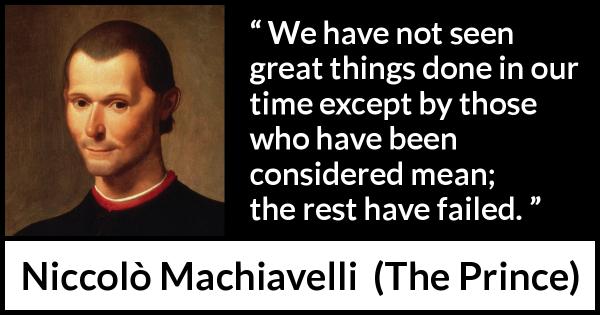 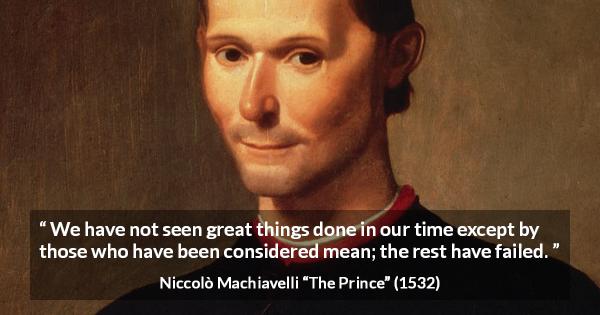 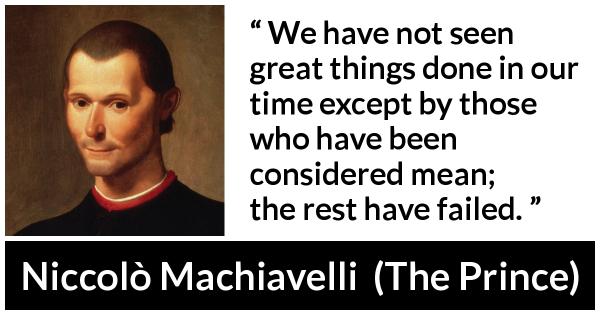 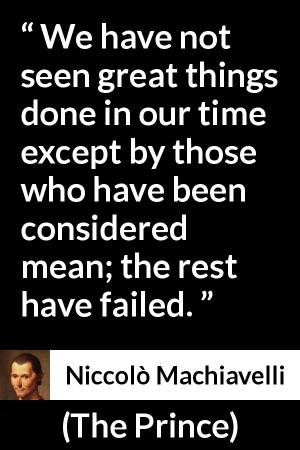 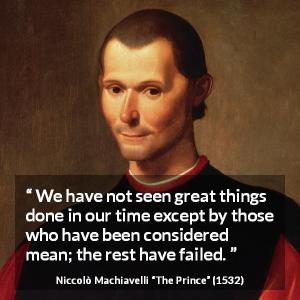 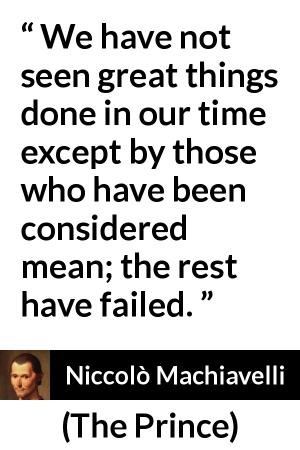