“ The world is independent of my will. ”
Ludwig Wittgenstein, Tractatus Logico-Philosophicus (1921). copy citation

“And they are both right and wrong. but the ancients were clearer, in so far as they recognized one clear terminus, whereas the modern system makes it appear as though everything were explained.
6.373 OGD [→GER | →P/M] The world is independent of my will.
6.374 OGD [→GER | →P/M] Even if everything we wished were to happen, this would only be, so to speak, a favour of fate, for there is no logical connexion between will and world, which would guarantee this, and the assumed physical connexion itself we could not again will.” source

“I am no bird; and no net ensnares me; I am a free human being with an independent will, which I now exert to leave you.” Charlotte Brontë, Jane Eyre

“I've reached the point where I hardly care whether I live or die. The world will keep on turning without me, and I can't do anything to change events anyway.” Anne Frank, The Diary of a Young Girl

“If you are going to impose your will on the world, you must have control over what you believe.” Patrick Rothfuss, The Name of the Wind

“I have . . . my own sun and moon and stars, and a little world all to myself.” Henry David Thoreau, Walden 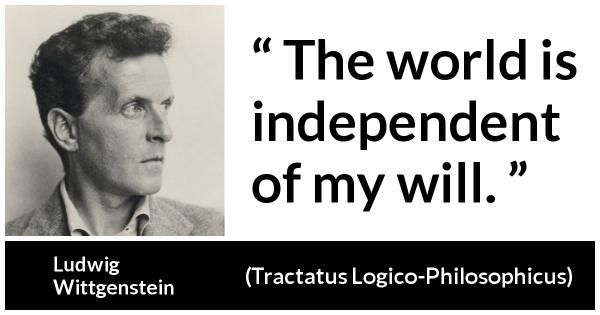 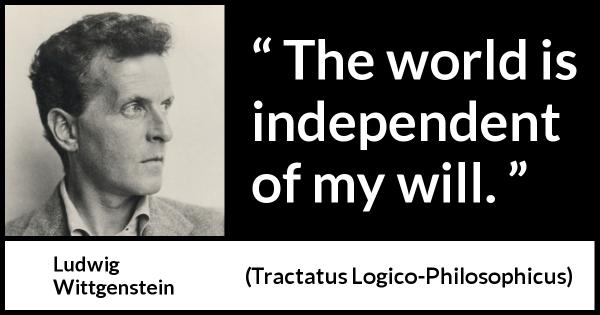 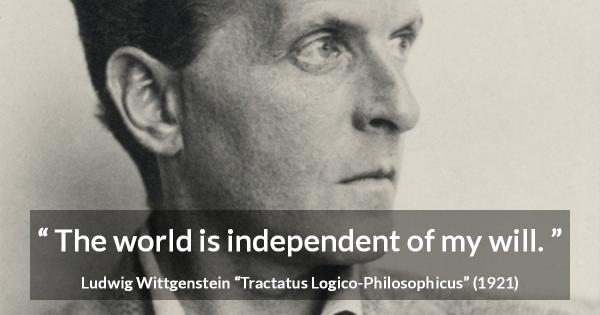 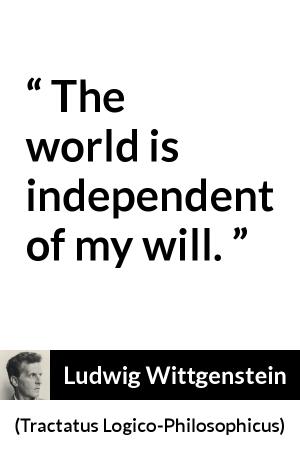 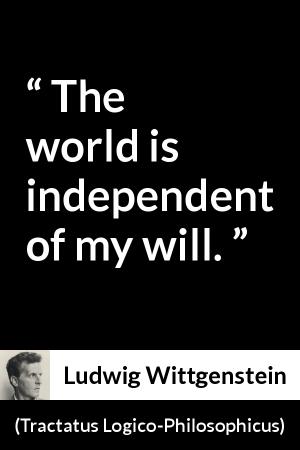 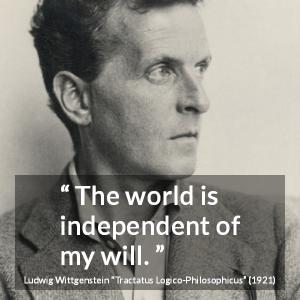