“(«Socrates is identical» means nothing because there is no property which is called «identical». The proposition is senseless because we have not made some arbitrary determination, not because the symbol is in itself unpermissible.)
In a certain sense we cannot make mistakes in logic.
5.4731 OGD [→GER | →P/M] Self-evidence, of which Russell has said so much, can only be discard in logic by language itself preventing every logical mistake. That logic is a priori consists in the fact that we cannot think illogically.” source

“It is always easy to be logical. It is almost impossible to be logical to the bitter end.” Albert Camus, The Myth of Sisyphus

“Deep in the human unconscious is a pervasive need for a logical universe that makes sense. But the real universe is always one step beyond logic.” Frank Herbert, Dune

“Love life . . . regardless of logic, and it’s only then one will understand the meaning of it.” Fyodor Dostoyevsky, The Brothers Karamazov 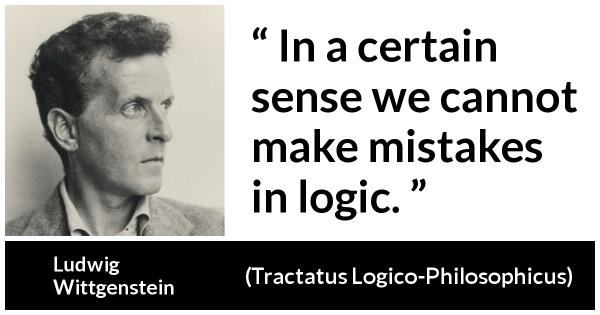 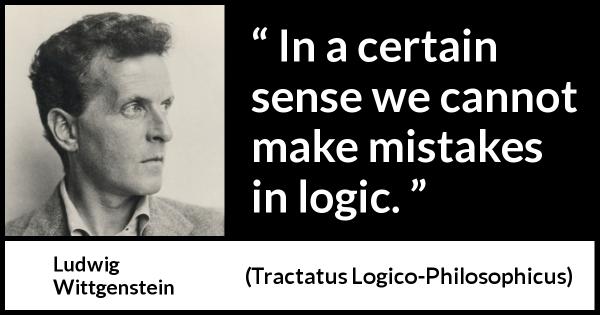 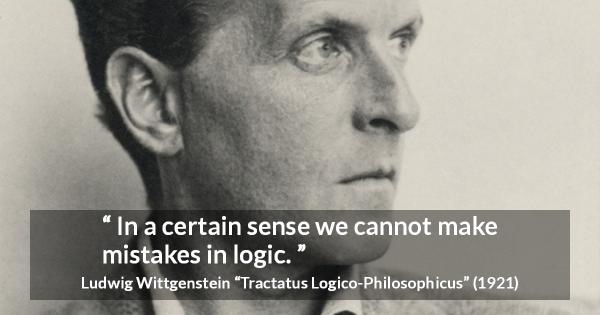 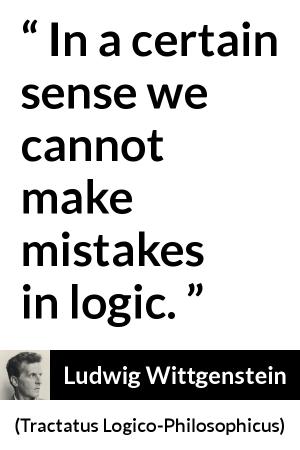 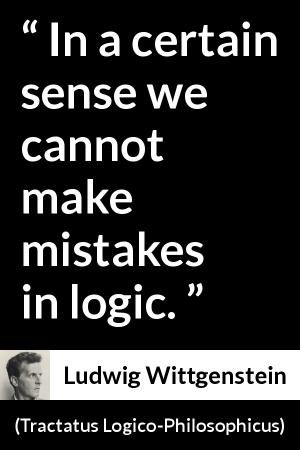 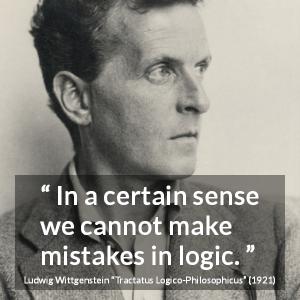