“ Several of them would have protested if they could have found the right arguments. ”
George Orwell, Animal Farm (1945). copy citation

“The animals would still assemble on Sunday mornings to salute the flag, sing 'Beasts of England' and receive their orders for the week; but there would be no more debates.
In spite of the shock that Snowball's expulsion had given them, the animals were dismayed by this announcement. Several of them would have protested if they could have found the right arguments. Even Boxer was vaguely troubled. He set his ears back, shook his forelock several times, and tried hard to marshal his thoughts; but in the end he could not think of anything to say. Some of the pigs themselves, however, were more articulate.” source

“It is only the intellectually lost who ever argue.” Oscar Wilde, The Picture of Dorian Gray

“A man protesting against error is on the way towards uniting himself with all men that believe in truth.” Thomas Carlyle, On Heroes, Hero-Worship, and The Heroic in History

“The purpose of argument is to change the nature of truth.” Frank Herbert, Children of Dune

“They weren’t making much sense; she decided they were having an argument as old and comfortable as an armchair, the kind of argument that no one ever really wins or loses but which can go on forever, if both parties are willing.” Neil Gaiman, Coraline

“the cure for a fallacious argument is a better argument, not the suppression of ideas.” Carl Sagan, The Demon-Haunted World

“So long as an opinion is strongly rooted in the feelings, it gains rather than loses in stability by having a preponderating weight of argument against it.” John Stuart Mill, The Subjection of Women 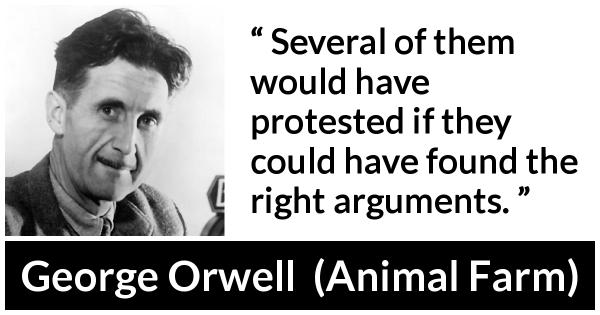 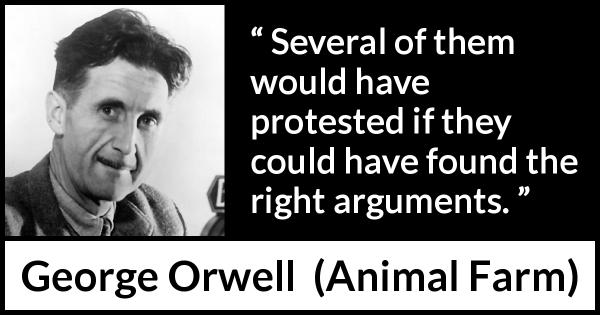 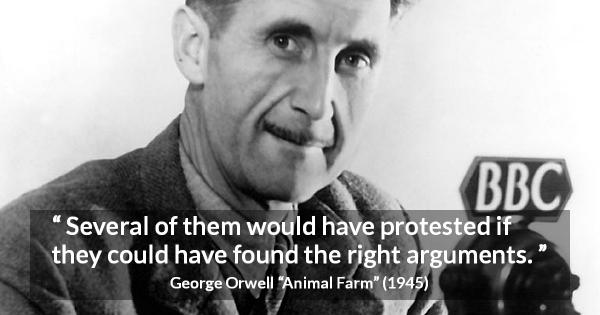 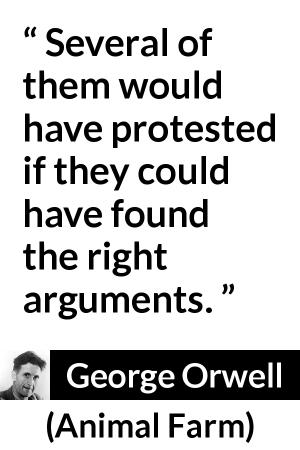 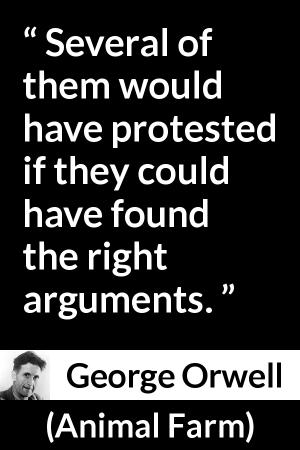 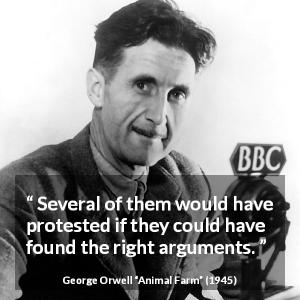