“ I must have a prodigious quantity of mind; it takes me as much as a week sometimes to make it up. ”
Mark Twain, The Innocents Abroad (1869). copy citation

“At the last moment six or seven had sufficient decision of character to make up their minds to go, and did go, and I felt a sense of relief at once—it was forever too late now and I could make up my mind at my leisure not to go. I must have a prodigious quantity of mind; it takes me as much as a week sometimes to make it up.
But behold how annoyances repeat themselves. We had no sooner gotten rid of the Spain distress than the Gibraltar guides started another—a tiresome repetition of a legend that had nothing very astonishing about it, even in the first place: «That high hill yonder is called the Queen's Chair; it is because one of the queens of Spain placed her chair there when the French and Spanish troops were besieging Gibraltar, and said she would never move from the spot till the English flag was lowered from the fortresses.” source

“For to be possessed of a vigorous mind is not enough; the prime requisite is rightly to apply it.” René Descartes, Discourse on the Method

“I enjoy talking to you. Your mind appeals to me. It resembles my own mind except that you happen to be insane.” George Orwell, 1984

“My mind . . . rebels at stagnation. Give me problems, give me work, give me the most abstruse cryptogram or the most intricate analysis, and I am in my own proper atmosphere.” Arthur Conan Doyle, The Sign of the Four 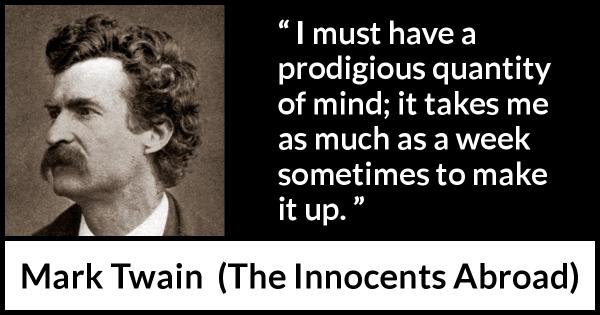 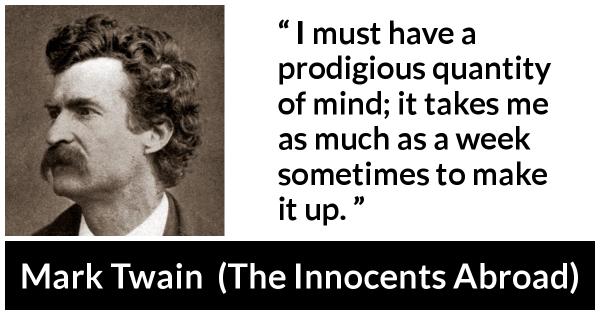 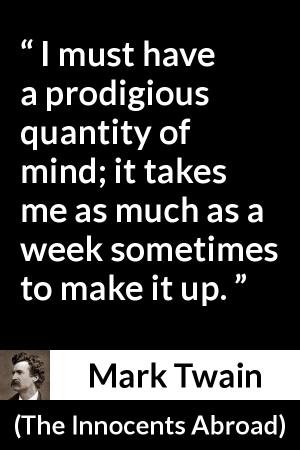 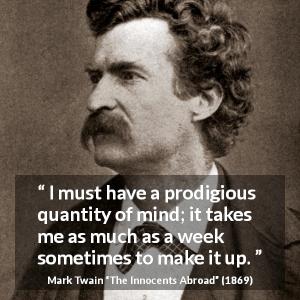 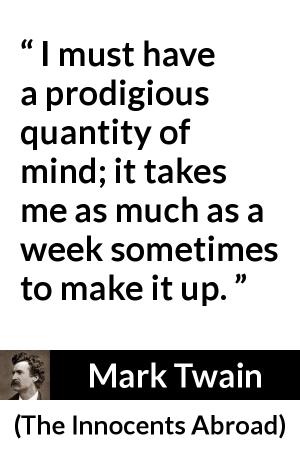