“ There are people, who the more you do for them, the less they will do for themselves. ”
Jane Austen, Emma (1815). copy citation

“The coming of her sister's family was so very near at hand, that first in anticipation, and then in reality, it became henceforth her prime object of interest; and during the ten days of their stay at Hartfield it was not to be expected—she did not herself expect—that any thing beyond occasional, fortuitous assistance could be afforded by her to the lovers. They might advance rapidly if they would, however; they must advance somehow or other whether they would or no. She hardly wished to have more leisure for them. There are people, who the more you do for them, the less they will do for themselves.
Mr. and Mrs. John Knightley, from having been longer than usual absent from Surry, were exciting of course rather more than the usual interest. Till this year, every long vacation since their marriage had been divided between Hartfield and Donwell Abbey; but all the holidays of this autumn had been given to sea-bathing for the children, and it was therefore many months since they had been seen in a regular way by their Surry connexions, or seen at all by Mr. Woodhouse, who could not be induced to get so far as London, even for poor Isabella's sake; and who consequently was now most nervously and apprehensively happy in forestalling this too short visit.” source

“Be cheerful also, and seek not external help nor the tranquility which others give. A man then must stand erect, not be kept erect by others.” Marcus Aurelius, Meditations 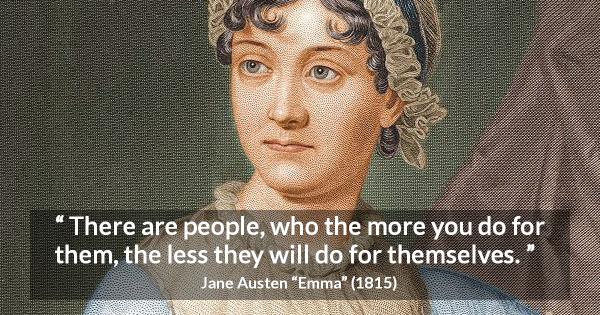 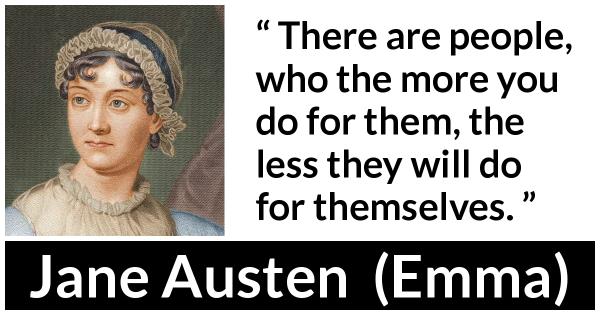 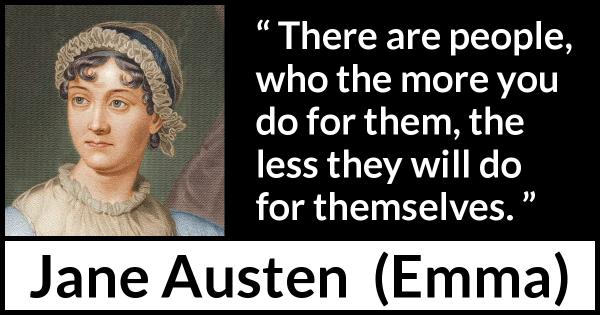 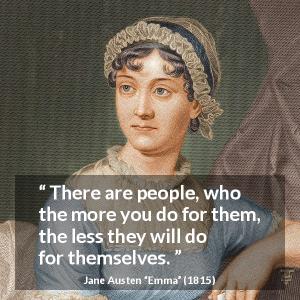 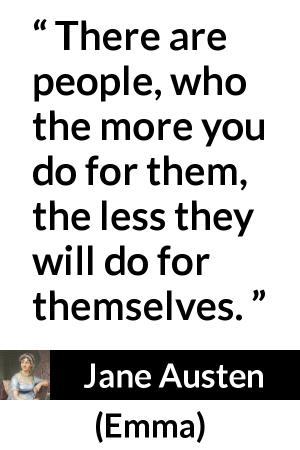 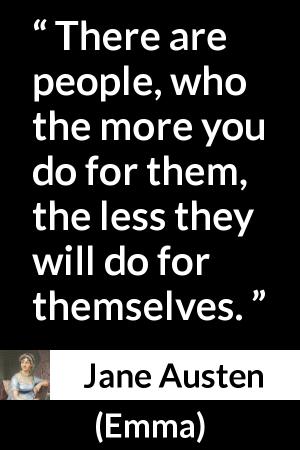