“ I will be calm, I will be mistress of myself. ”
Jane Austen, Sense and Sensibility (1811). copy citation

“Were it possible, she must say it must be Edward. She looked again. He had just dismounted;—she could not be mistaken,—it was Edward. She moved away and sat down. "He comes from Mr. Pratt's purposely to see us. I will be calm, I will be mistress of myself."
In a moment she perceived that the others were likewise aware of the mistake. She saw her mother and Marianne change colour; saw them look at herself, and whisper a few sentences to each other. She would have given the world to be able to speak—and to make them understand that she hoped no coolness, no slight, would appear in their behaviour to him;—but she had no utterance, and was obliged to leave all to their own discretion.” source

“In the meantime let me be that I am, and seek not to alter me.” William Shakespeare, Much Ado About Nothing 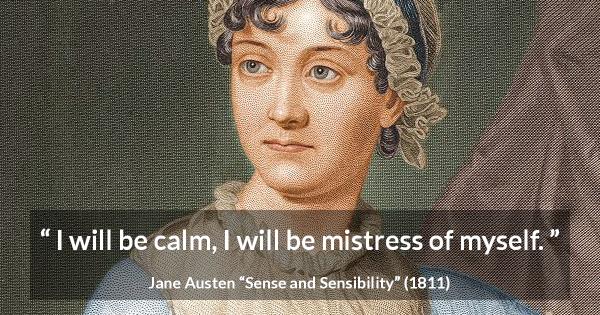 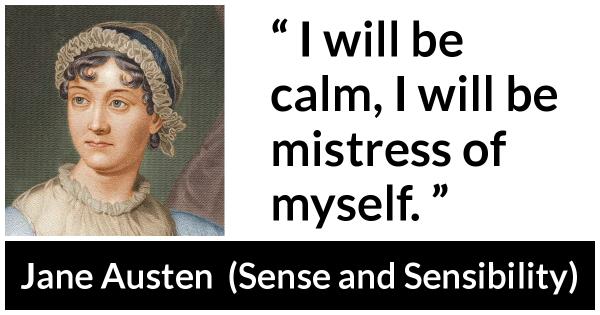 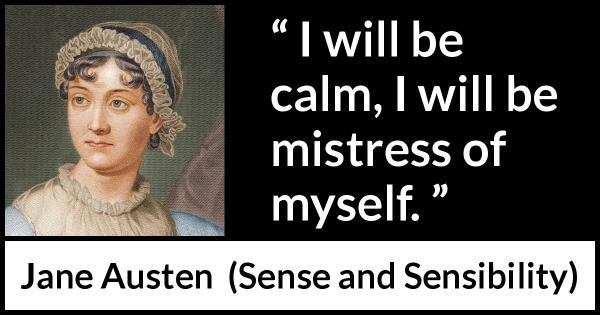 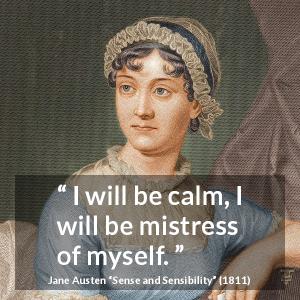 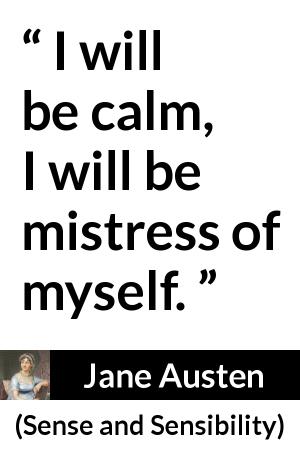 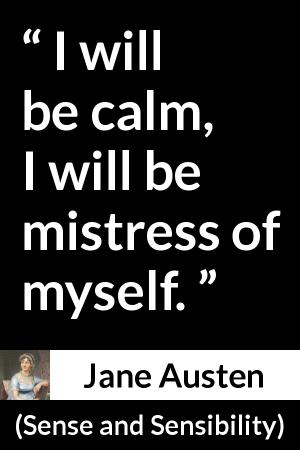