“As to your brother's behaviour, certainly I was sensible of a particularity: I had been sensible of it some little time, perhaps two or three weeks; but then I considered it as meaning nothing: I put it down as simply being his way, and was as far from supposing as from wishing him to have any serious thoughts of me. I had not, Miss Crawford, been an inattentive observer of what was passing between him and some part of this family in the summer and autumn. I was quiet, but I was not blind. I could not but see that Mr. Crawford allowed himself in gallantries which did mean nothing.»
«Ah! I cannot deny it. He has now and then been a sad flirt, and cared very little for the havoc he might be making in young ladies' affections.” source

“But there’s none so blind . . . as those who will not listen.” Neil Gaiman, American Gods

“The silence depressed me. It wasn't the silence of silence. It was my own silence.” Sylvia Plath, The Bell Jar

“The greatest of faults, I should say, is to be conscious of none.” Thomas Carlyle, On Heroes, Hero-Worship, and The Heroic in History 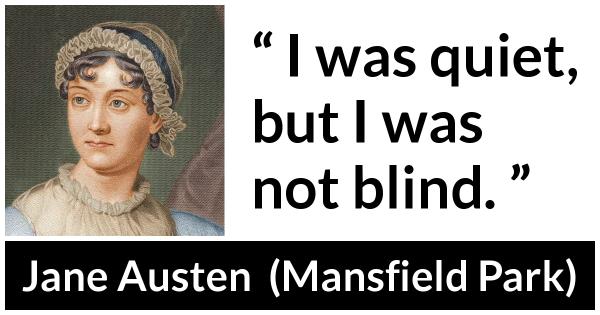 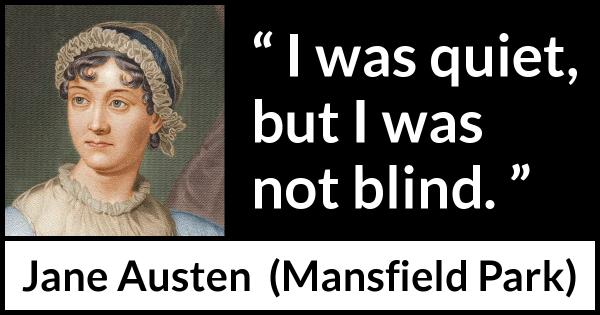 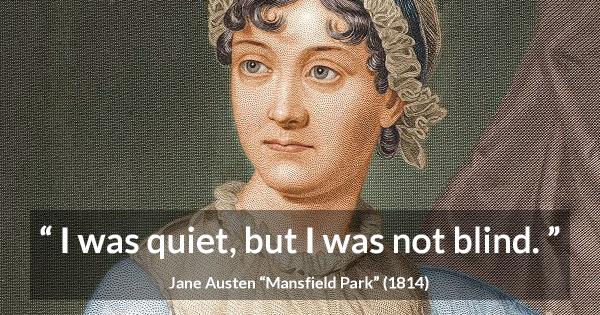 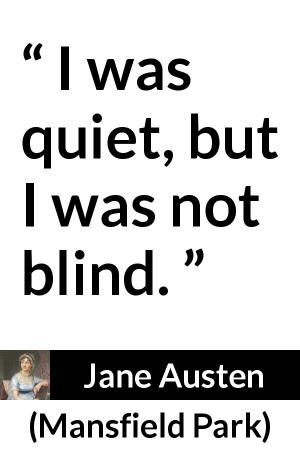 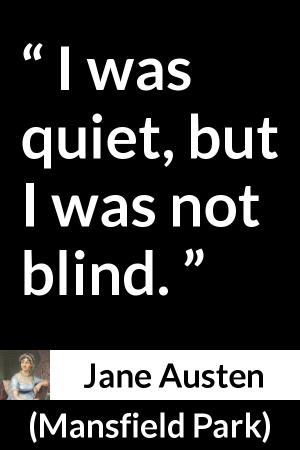 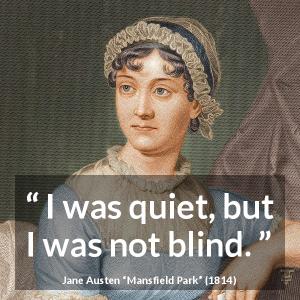