“ But how little of permanent happiness could belong to a couple who were only brought together because their passions were stronger than their virtue, she could easily conjecture. ”
Jane Austen, Pride and Prejudice (28 January 1813). copy citation

“An union of a different tendency, and precluding the possibility of the other, was soon to be formed in their family.
How Wickham and Lydia were to be supported in tolerable independence, she could not imagine. But how little of permanent happiness could belong to a couple who were only brought together because their passions were stronger than their virtue, she could easily conjecture.
Mr. Gardiner soon wrote again to his brother. To Mr. Bennet's acknowledgments he briefly replied, with assurance of his eagerness to promote the welfare of any of his family; and concluded with entreaties that the subject might never be mentioned to him again.” source

“But that happiness, no doubt, was a lie invented for the despair of all desire.” Gustave Flaubert, Madame Bovary

“I was benevolent and good; misery made me a fiend. Make me happy, and I shall again be virtuous.” Mary Shelley, Frankenstein

“She was at the modulating point between indifference and love, at the stage called 'having a fancy for.' It occurs once in the history of the most gigantic passions, and it is a period when they are in the hands of the weakest will.” Thomas Hardy, The Return of the Native 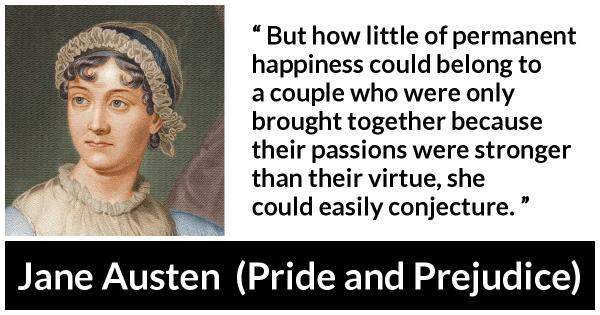 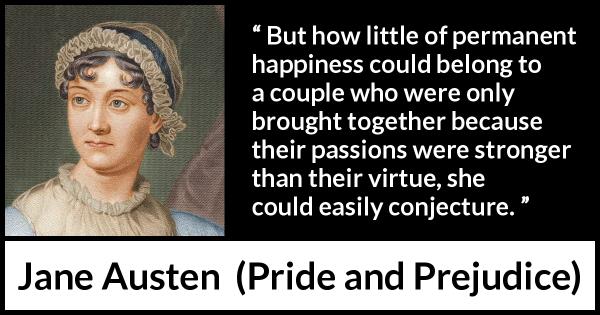 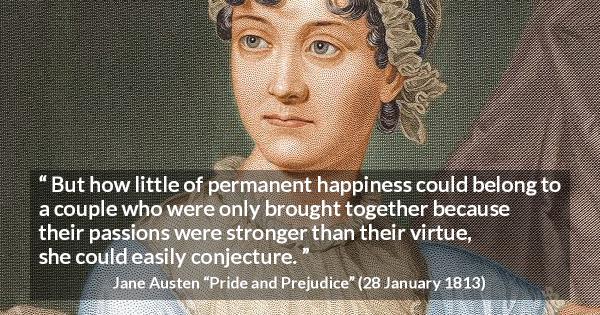 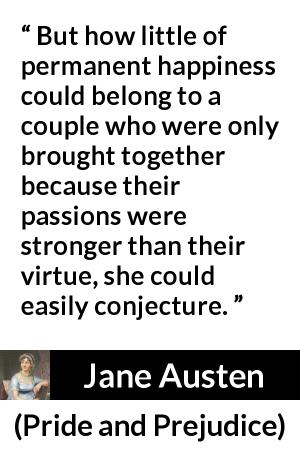 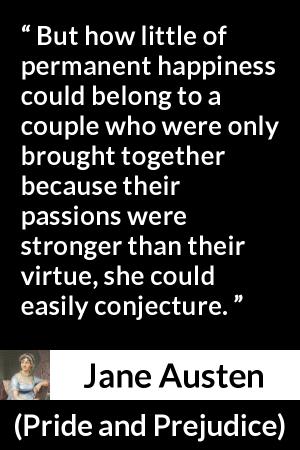 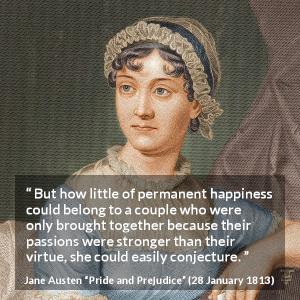