“ if one advances confidently in the direction of his dreams, and endeavors to live the life which he has imagined, he will meet with a success unexpected in common hours. ”
Henry David Thoreau, Walden (1854). copy citation

“How worn and dusty, then, must be the highways of the world, how deep the ruts of tradition and conformity! I did not wish to take a cabin passage, but rather to go before the mast and on the deck of the world, for there I could best see the moonlight amid the mountains. I do not wish to go below now.
I learned this, at least, by my experiment; that if one advances confidently in the direction of his dreams, and endeavors to live the life which he has imagined, he will meet with a success unexpected in common hours. He will put some things behind, will pass an invisible boundary; new, universal, and more liberal laws will begin to establish themselves around and within him; or the old laws be expanded, and interpreted in his favor in a more liberal sense, and he will live with the license of a higher order of beings.” source

“The biggest thrill you can ever achieve is to live the life of your dreams.” Oprah Winfrey, What I Know For Sure

“the voracious ambition of humans is never sated by dreams coming true, because there is always the thought that everything might be done better and again.” John Green, The Fault in Our Stars

“All the conditions of happiness are realised in the life of the man of science.” Bertrand Russell, The Conquest of Happiness

“It's the possibility of having a dream come true that makes life interesting” Paulo Coelho, The Alchemist

“We are such stuff as dreams are made on; and our little life is rounded with a sleep.” William Shakespeare, The Tempest 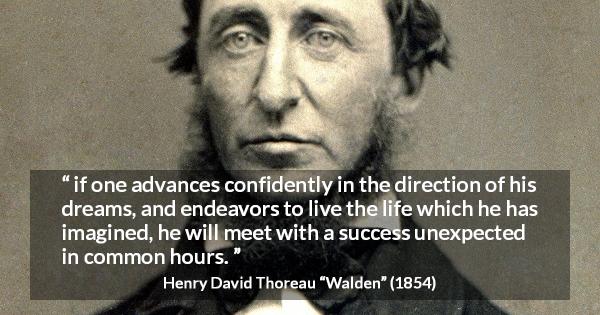 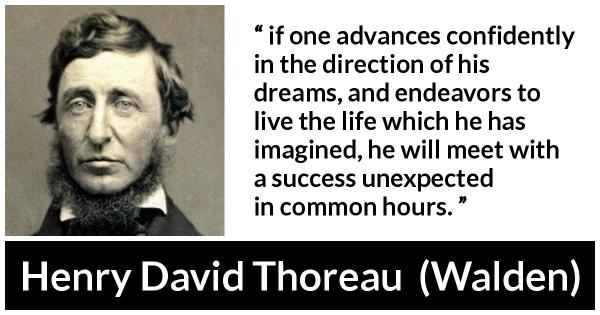 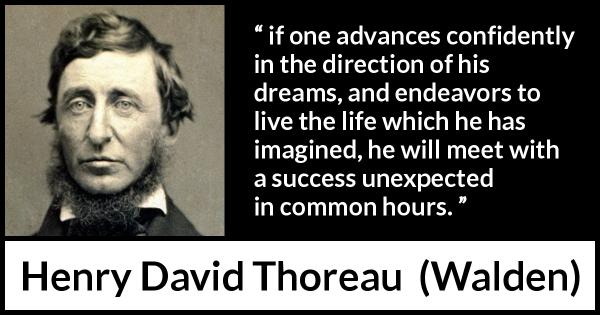 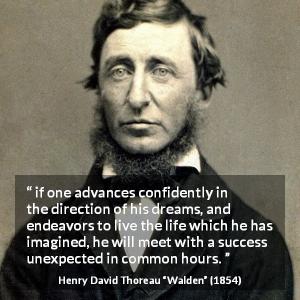 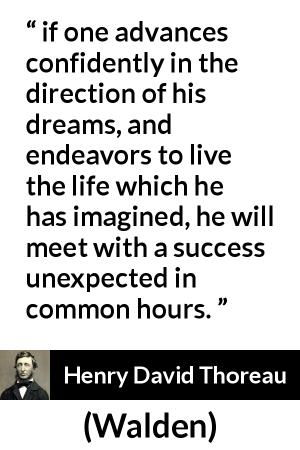 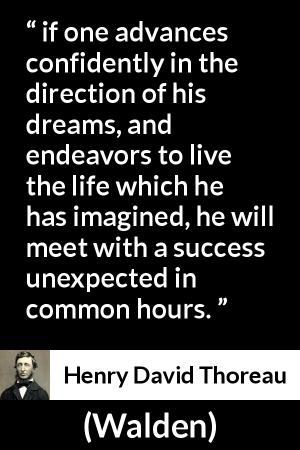