“Just then flew down a monstrous crow, As black as a tar-barrel; Which frightened both the heroes so, They quite forgot their quarrel.'
'I know what you're thinking about,' said Tweedledum: 'but it isn't so, nohow.'
'Contrariwise,' continued Tweedledee, 'if it was so, it might be; and if it were so, it would be; but as it isn't, it ain't. That's logic.'
'I was thinking,' Alice said very politely, 'which is the best way out of this wood: it's getting so dark. Would you tell me, please?'
But the little men only looked at each other and grinned.
” source

“For, after all, how do we know that two and two make four? Or that the force of gravity works? Or that the past is unchangeable? If both the past and the external world exist only in the mind, and if the mind itself is controllable what then?” George Orwell, 1984

“I do not know whether it ought to be so, but certainly silly things do cease to be silly if they are done by sensible people in an impudent way.” Jane Austen, Emma 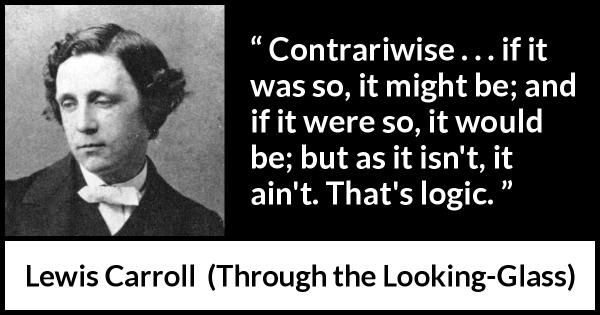 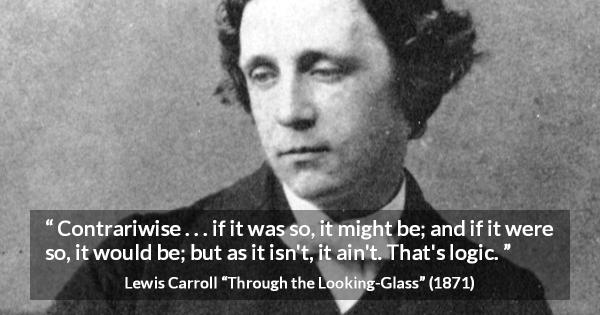 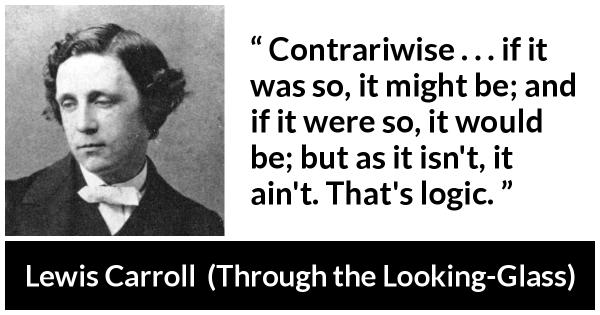 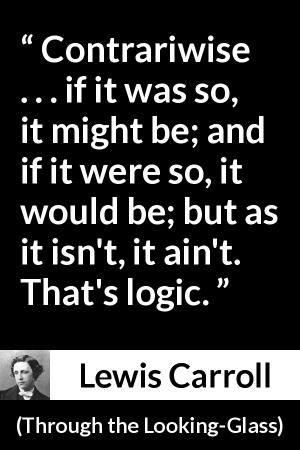 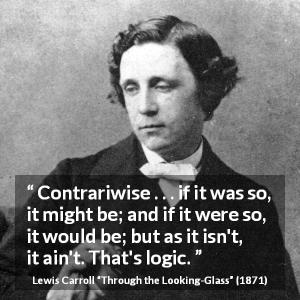 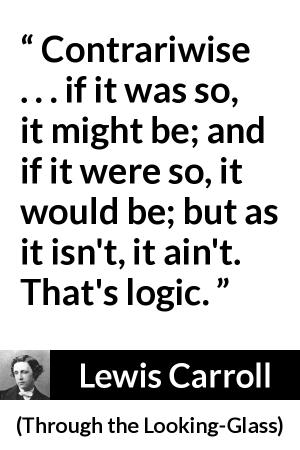