“ No one who can read, ever looks at a book, even unopened on a shelf, like one who cannot. ”
Charles Dickens, Our Mutual Friend (1865). copy citation

“His voice was hoarse and coarse, and his face was coarse, and his stunted figure was coarse; but he was cleaner than other boys of his type; and his writing, though large and round, was good; and he glanced at the backs of the books, with an awakened curiosity that went below the binding. No one who can read, ever looks at a book, even unopened on a shelf, like one who cannot.
'Were any means taken, do you know, boy, to ascertain if it was possible to restore life?' Mortimer inquired, as he sought for his hat.
'You wouldn't ask, sir, if you knew his state. Pharaoh's multitude that were drowned in the Red Sea, ain't more beyond restoring to life.” source

“If one cannot enjoy reading a book over and over again, there is no use reading it at all.” Oscar Wilde, Intentions

“Books are like imprisoned souls until some one takes them down from a shelf and reads them.” Samuel Butler, The Note-Books of Samuel Butler

“If I finish a book a week, I will read only a few thousand books in my lifetime, about a tenth of a percent of the contents of the greatest libraries of our time. The trick is to know which books to read.” Carl Sagan, Cosmos

“Read the best books first, or you may not have a chance to read them at all.” Henry David Thoreau, A Week on the Concord and Merrimack Rivers

“There is no enjoyment like reading!” Jane Austen, Pride and Prejudice

“there is in everything a reasonable division of labour. I have written the book, and nothing on earth would induce me to read it.” G. K. Chesterton, Orthodoxy

“there is not a single one of those books which does not contradict some other book; so that by the time one has read them all one does not know what to think about anything.” Anatole France, The Crime of Sylvestre Bonnard 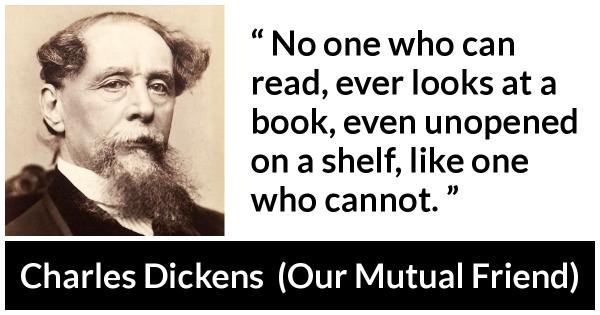 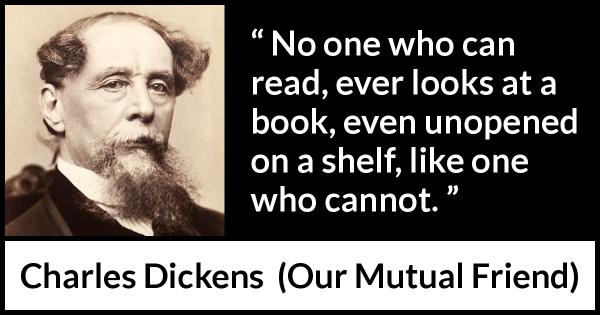 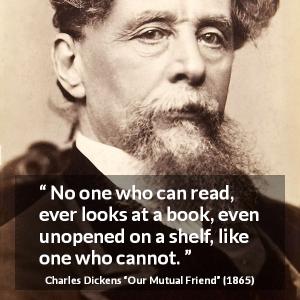 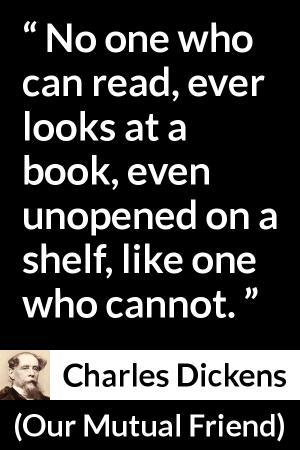