“ I dread the events of the future, not in themselves, but in their results. ”
Edgar Allan Poe, The Fall of the House of Usher (1839). copy citation

“He suffered much from a morbid acuteness of the senses; the most insipid food was alone endurable; he could wear only garments of certain texture; the odors of all flowers were oppressive; his eyes were tortured by even a faint light; and there were but peculiar sounds, and these from stringed instruments, which did not inspire him with horror.
To an anomalous species of terror I found him a bounden slave. «I shall perish,» said he, «I must perish in this deplorable folly. Thus, thus, and not otherwise, shall I be lost. I dread the events of the future, not in themselves, but in their results. I shudder at the thought of any, even the most trivial, incident, which may operate upon this intolerable agitation of soul. I have, indeed, no abhorrence of danger, except in its absolute effect—in terror.” source

“The conse­quences of our actions are always so complicated, so diverse, that predicting the future is a very difficult business indeed.” J. K. Rowling, Harry Potter and the Prisoner of Azkaban

“So far as I can see, all political thinking for years past has been vitiated in the same way. People can foresee the future only when it coincides with their own wishes, and the most grossly obvious facts can be ignored when they are unwelcome.” George Orwell, London Letter

“I desire no future that will break the ties of the past.” George Eliot, The Mill on the Floss

“Knowing too much of your future is never a good thing.” Rick Riordan, The Lightning Thief 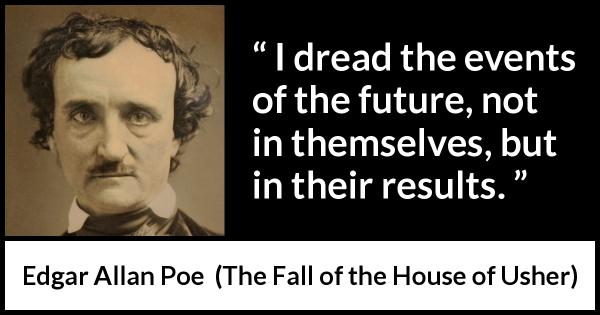 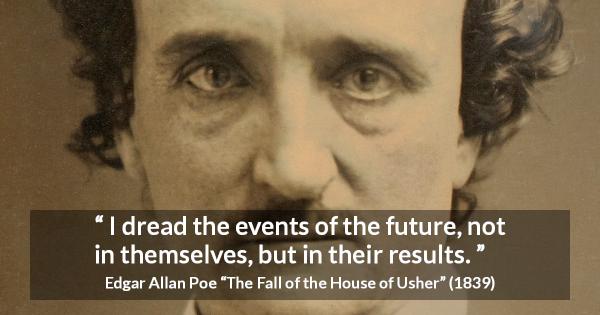 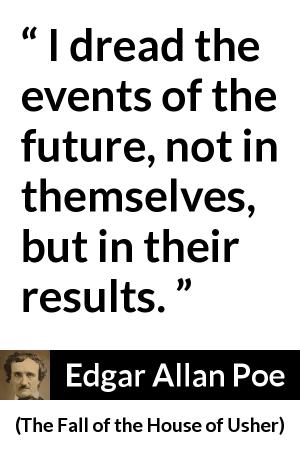 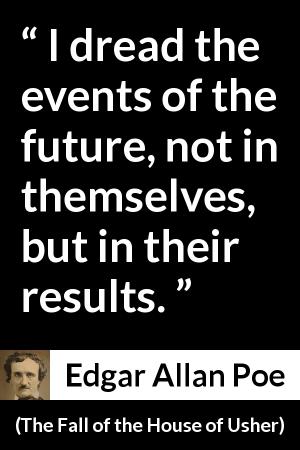 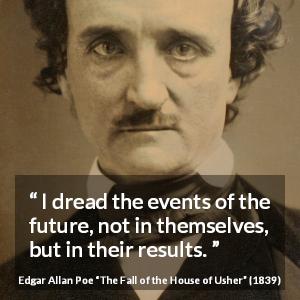