“Though at the time I but ill comprehended not a few of his words, yet subsequent disclosures, when I had become more familiar with his broken phraseology, now enable me to present the whole story such as it may prove in the mere skeleton I give.
Chapter 12. Biographical.
Queequeg was a native of Rokovoko, an island far away to the West and South. It is not down in any map; true places never are.
When a new-hatched savage running wild about his native woodlands in a grass clout, followed by the nibbling goats, as if he were a green sapling; even then, in Queequeg's ambitious soul, lurked a strong desire to see something more of Christendom than a specimen whaler or two.” source

“The truth is, wherever you choose to be, it’s the wrong place.” Chuck Palahniuk, Diary

“No one can tell what goes on in between the person you were and the person you become. No one can chart that blue and lonely section of hell. There are no maps of the change. You just ... come out the other side. Or you don’t.” Stephen King, The Stand 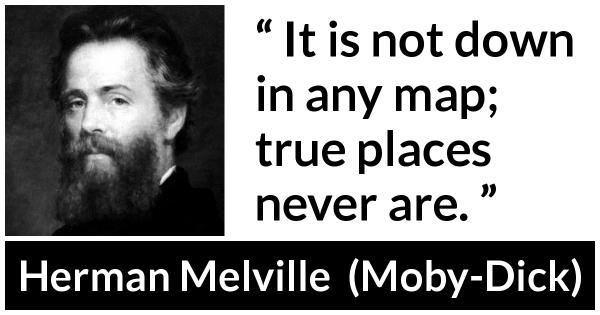 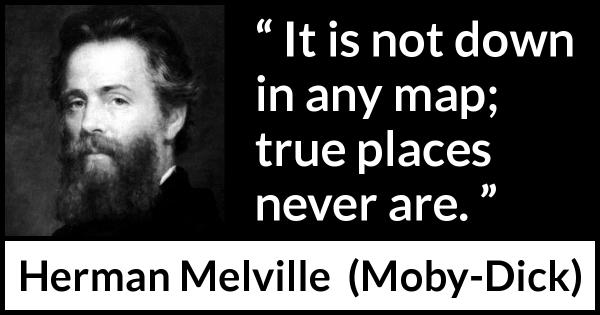 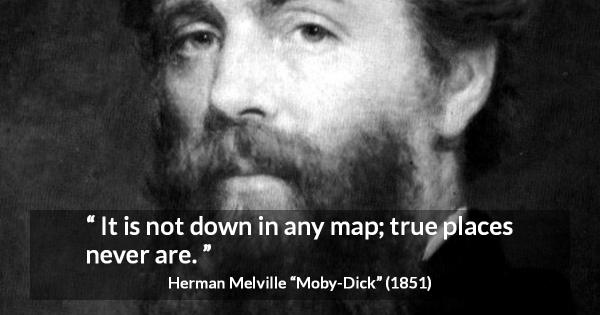 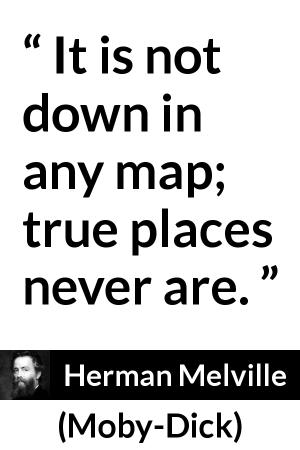 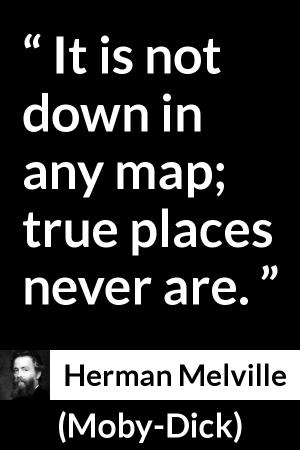 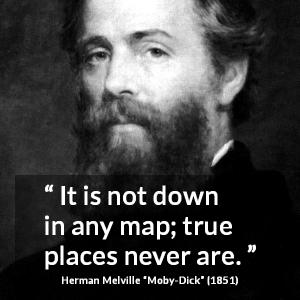