“ There is a time in every man's education when he arrives at the conviction that envy is ignorance; that imitation is suicide; that he must take himself for better, for worse, as his portion; ”
Ralph Waldo Emerson, Self-Reliance (1841). copy citation

“They teach us to abide by our spontaneous impression with good-humored inflexibility than most when the whole cry of voices is on the other side. Else, to-morrow a stranger will say with masterly good sense precisely what we have thought and felt all the time, and we shall be forced to take with shame our own opinion from another.
There is a time in every man's education when he arrives at the conviction that envy is ignorance; that imitation is suicide; that he must take himself for better, for worse, as his portion; that though the wide universe is full of good, no kernel of nourishing corn can come to him but through his toil bestowed on that plot of ground which is given to him to till. The power which resides in him is new in nature, and none but he knows what that is which he can do, nor does he know until he has tried. Not for nothing one face, one character, one fact, makes much impression on him, and another none.” source

“There is, I believe, in every disposition a tendency to some particular evil—a natural defect, which not even the best education can overcome.” Jane Austen, Pride and Prejudice

“Beware of the man who works hard to learn something, learns it, and finds himself no wiser than before . . . He is full of murderous resentment of people who are ignorant without having come by their ignorance the hard way.” Kurt Vonnegut, Cat's Cradle

“He was a simple man who didn’t feel inferior about his lack of education and, even more amazing, showed no superiority because he had succeeded despite that lack.” Maya Angelou, I Know Why the Caged Bird Sings 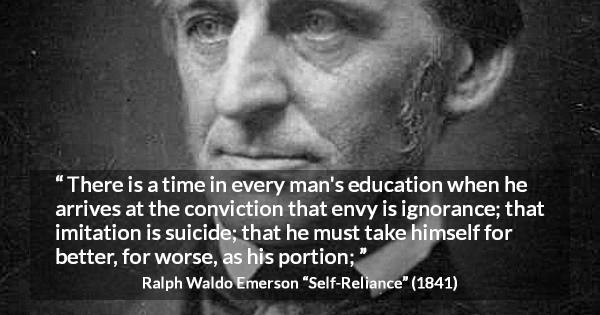 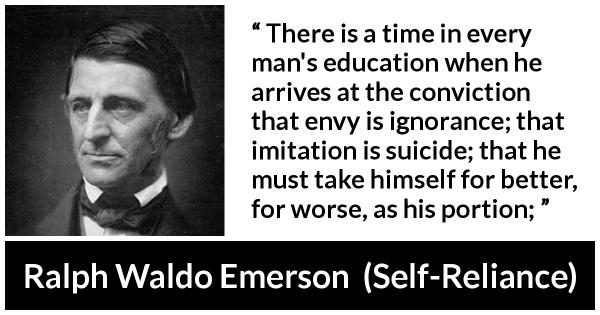 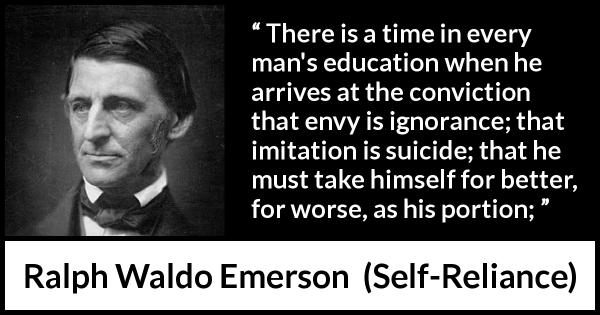 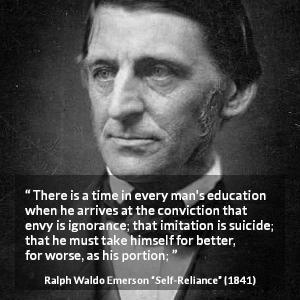 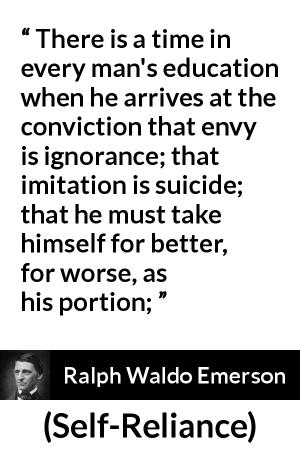 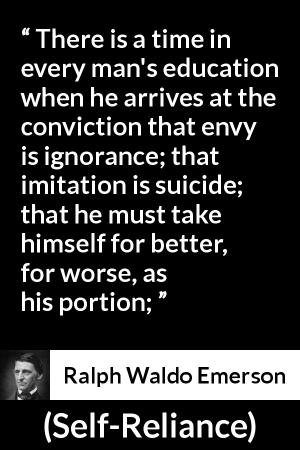