“This shakes the confidence of the soldiers.
16. But when the army is restless and distrustful, trouble is sure to come from the other feudal princes. This is simply bringing anarchy into the army, and flinging victory away.
17. Thus we may know that there are five essentials for victory:
(1) He will win who knows when to fight and when not to fight. (2) He will win who knows how to handle both superior and inferior forces. (3) He will win whose army is animated by the same spirit throughout all its ranks. (4) He will win who, prepared himself, waits to take the enemy unprepared. (5) He will win who has military capacity and is not interfered with by the sovereign. 18. Hence the saying: If you know the enemy and know yourself, you need not fear the result of a hundred battles. If you know yourself but not the enemy, for every victory gained you will also suffer a defeat.” source

“There is no instance of a country having benefited from prolonged warfare.” Sun Tzu, The Art of War

“Every man should lose a battle in his youth, so he does not lose a war when he is old.” George R. R. Martin, A Feast for Crows

“What the ancients called a clever fighter is one who not only wins, but excels in winning with ease.” Sun Tzu, The Art of War

“It is of the greatest important in this world that a man should know himself, and the measure of his own strength and means; and he who knows that he has not a genius for fighting must learn how to govern by the arts of peace.” Niccolò Machiavelli, The Prince

“But when he has disposed of foreign enemies by conquest or treaty, and there is nothing to fear from them, then he is always stirring up some war or other, in order that the people may require a leader.” Plato, The Republic

“Sometimes you lose a battle. But mischief always wins the war.” John Green, Looking for Alaska 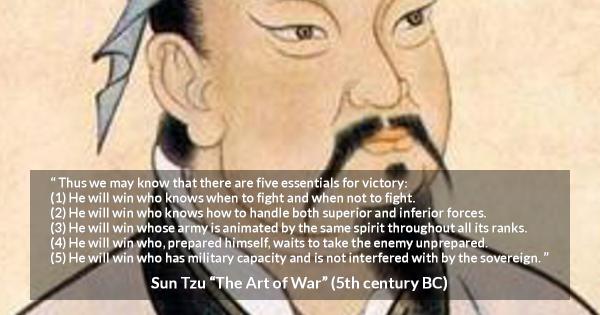 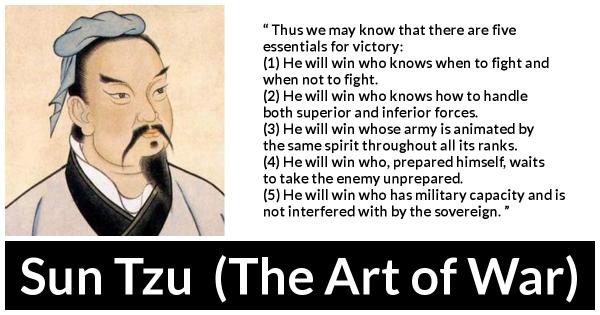 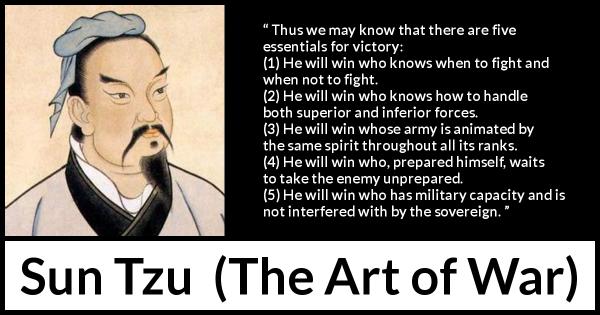 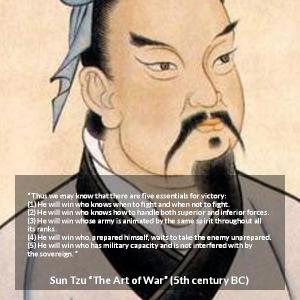 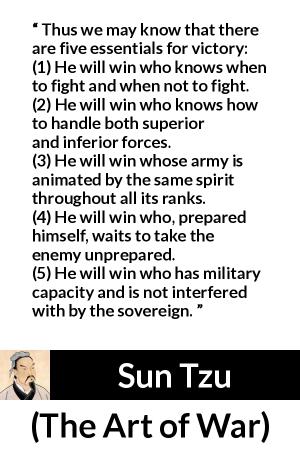 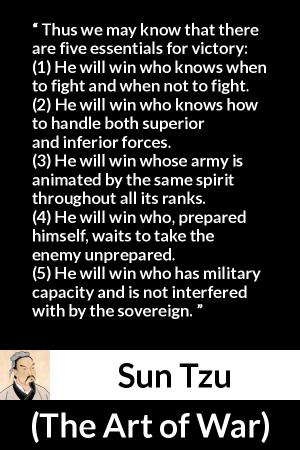