The Life and Death of King John is a play by William Shakespeare probably written in 1596. This historical play takes place in France and England, and relates the reign of John of England.

John refuses to acknowledge the legitimacy of his nephew Arthur to rule, which leads the French King Phillip to declare war on him. To soften things up, a wedding is organized between Louis, the Dauphin of France and Blanche, John's niece. John refuses to obey the Pope, and is thus excommunicated. Under military pressure again, he captures Arthur, who will die accidentally. Finally, John dies of poisoning, and his son Henry succeeds him on the throne. 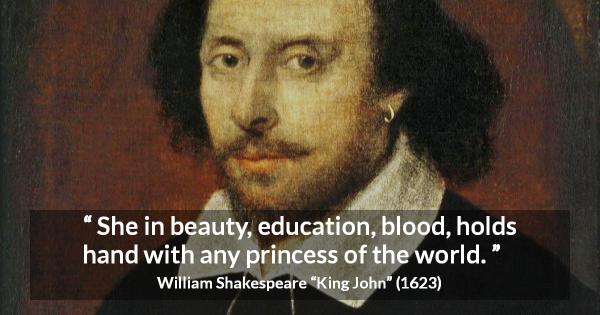 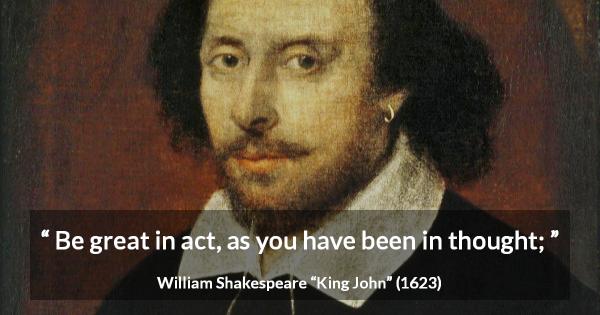 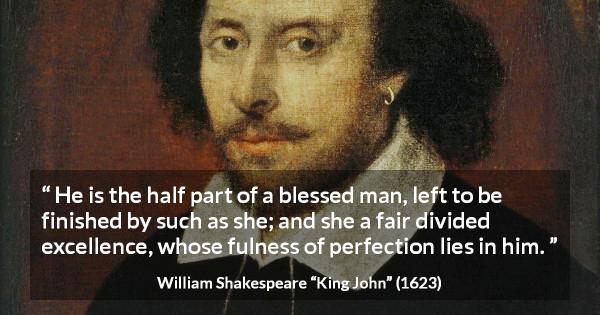 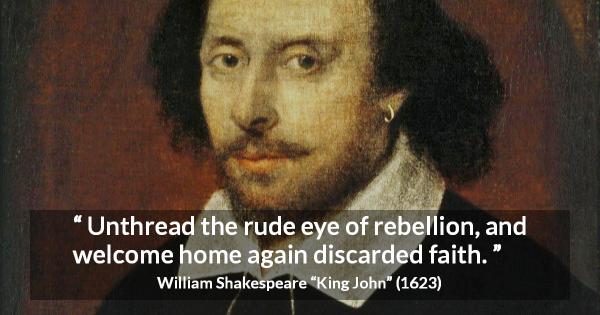 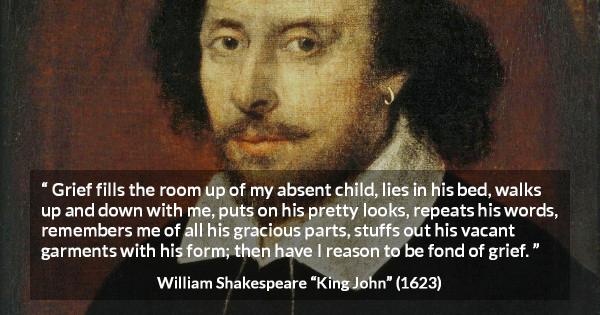 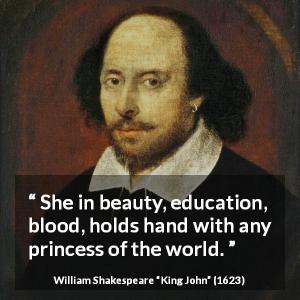 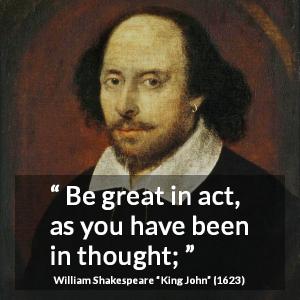 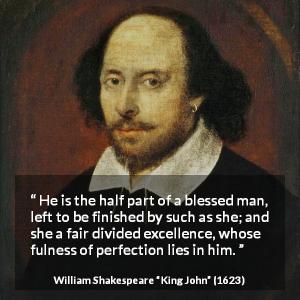