The Merry Wives of Windsor quotes

The Merry Wives of Windsor is a play by William Shakespeare probably written around 1597. This comedy follows the vain seductive efforts of the funny character Falstaff.

Running out of money, Sir John Falstaff decides to court two wealthy married women, to whom he sends the same love letter. The two women discover the trickery and decide to make a fool of the abuser. Lady Ford invites Falstaff to her house several times, but the arrival of her husband will force the rude courtier to flee by hiding in the laundry basket or disguising himself as a woman. Finally, a last joke by Dame Ford and Dame Page will lead Falstaff to disguise himself as a ghost for a night date in the Windsor Forest where he will be ridiculed by children dressed as elves. 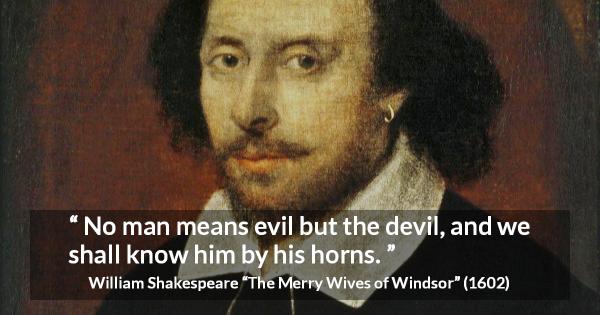 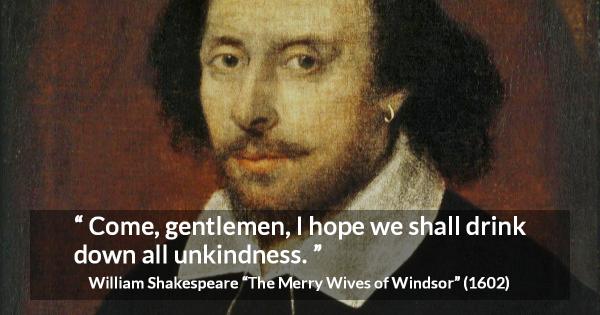 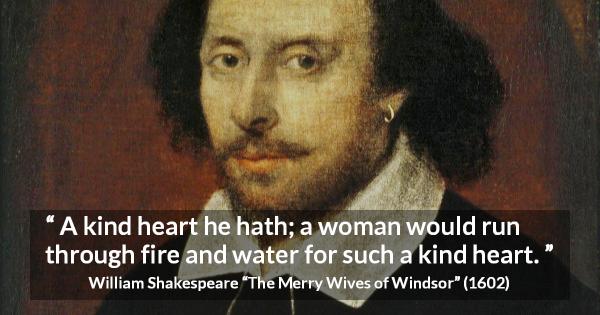 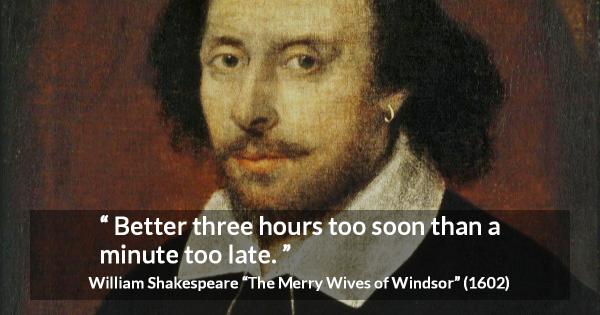 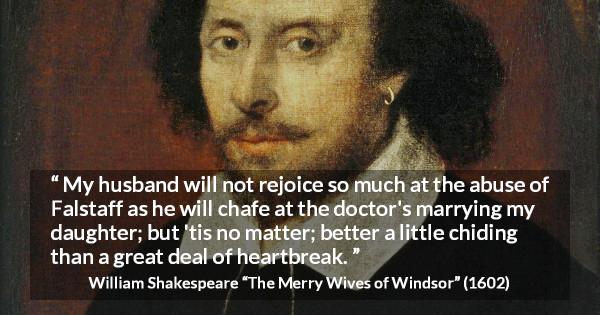 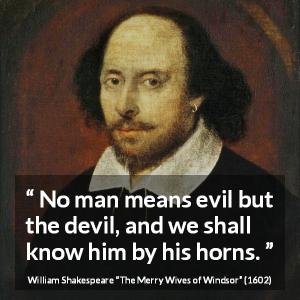 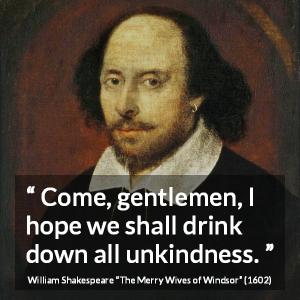 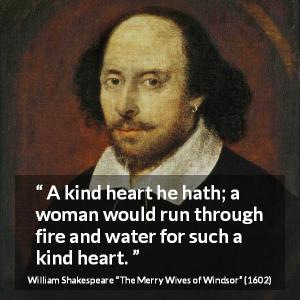 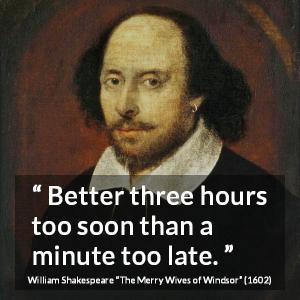 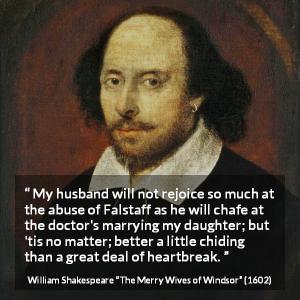