The Taming of the Shrew quotes

The Taming of the Shrew is a William Shakespeare play probably written between 1590 and 1592. This comedy takes place in Italy.

Baptista has two daughters he would like to marry. The eldest daughter Katherina has a very bad temper, while the youngest Bianca has many suitors. Petruchio, who is looking for a rich woman, agrees to marry the older sister, and undertakes to train her to become an obedient woman, and he will be finally able to do so according to the conclusion of the play. Lucentio, who has fallen in love with the sweet Bianca, will succeed in seducing and marrying her by using ingenious tricks with the help of his valet Tranio. 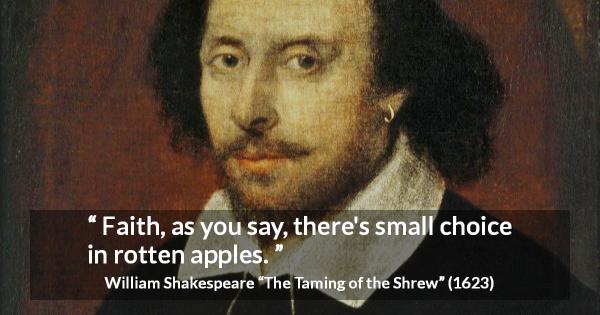 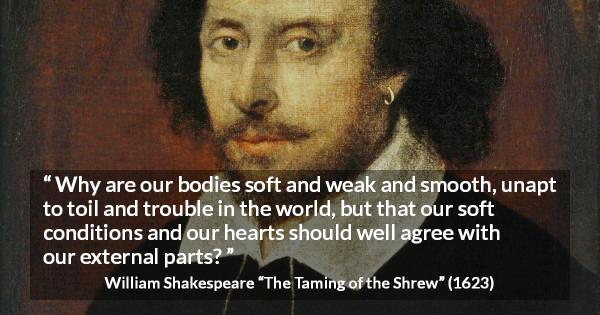 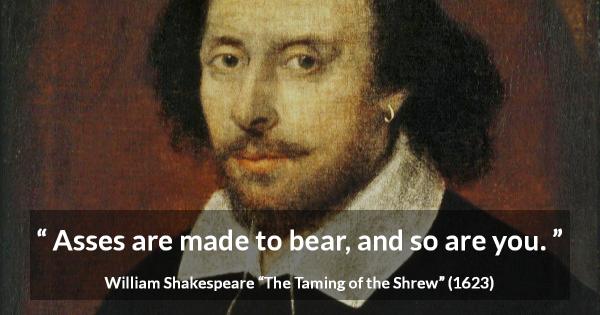 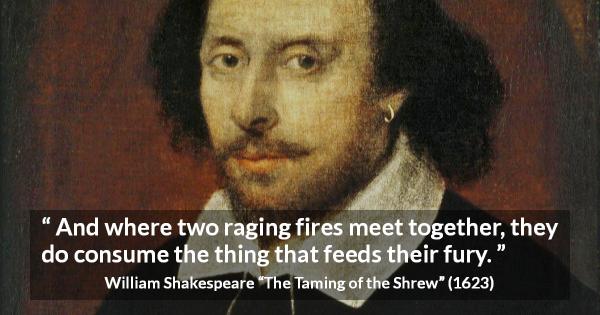 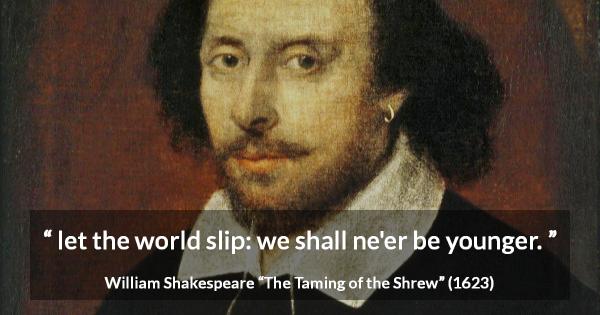 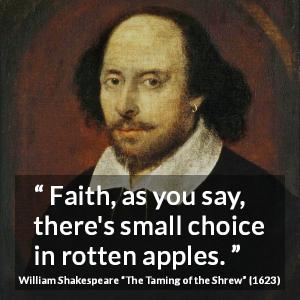 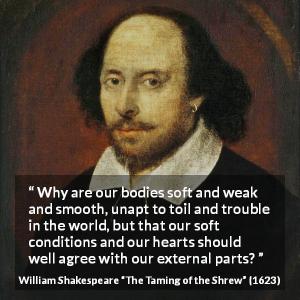 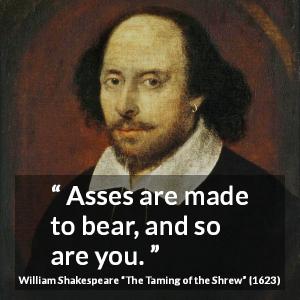 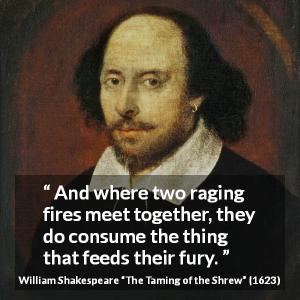 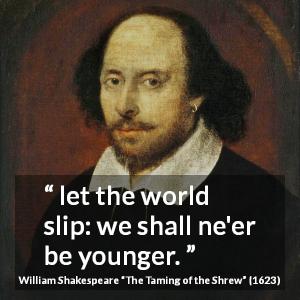