Titus Andronicus (or The Most Lamentable Romaine Tragedie of Titus Andronicus) is a play by William Shakespeare written around 1594. This very bloody tragedy depicts the fate of Titus, a Roman general, locked in the vicious circle of vengeance.

After defeating the Goths and taking their queen Tamora prisoner, Titus declines the succession of the deceased Roman emperor. Titus has Tamora's eldest son killed to avenge the death of his own son, and the queen's other two sons take revenge by raping Titus' daughter, Lavinia. Two sons of Titus are sentenced to death on a false murder charge. During a horrific banquet, Titus kills his daughter Lavinia and then Tamora, before being killed by the emperor Saturninus, who is himself murdered by Lucius, Titus' son. Lucius is then proclaimed emperor. 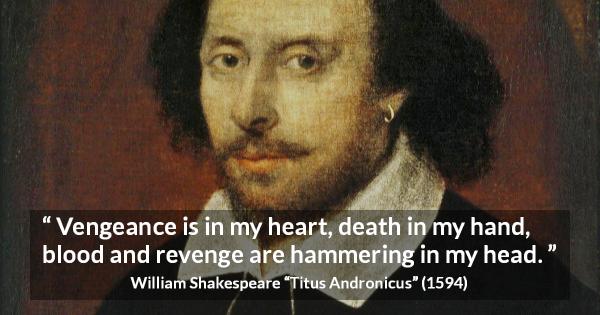 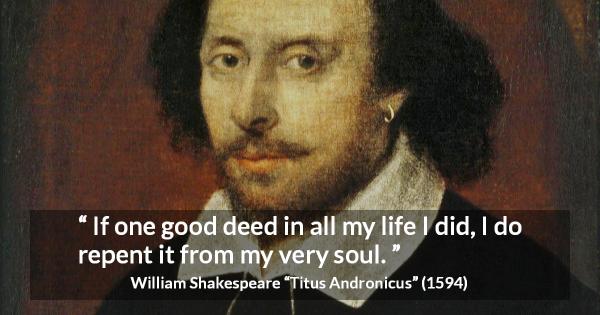 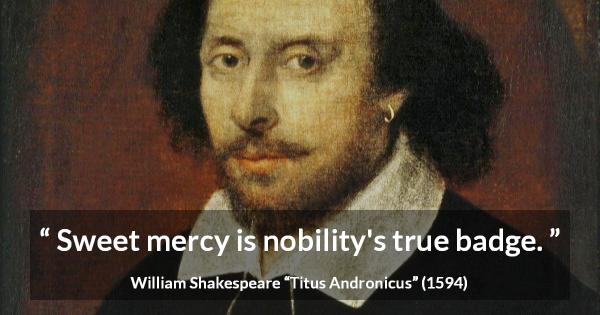 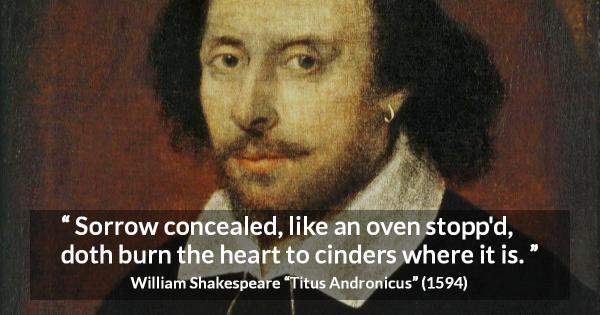 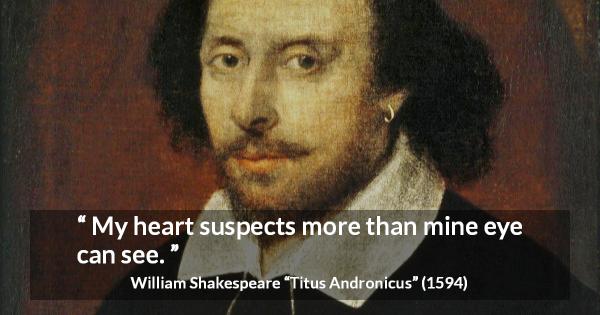 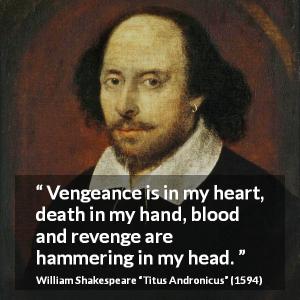 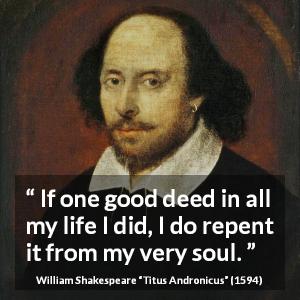 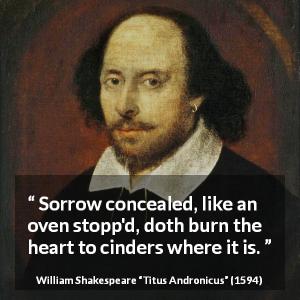 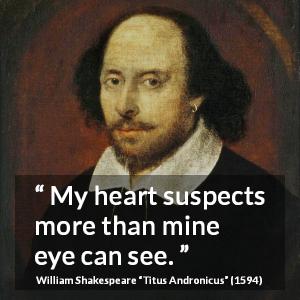