“ He talked a lot about the past and I gathered that he wanted to recover something, some idea of himself perhaps, that had gone into loving Daisy. ”
F. Scott Fitzgerald, The Great Gatsby (1925). copy citation

“He looked around him wildly, as if the past were lurking here in the shadow of his house, just out of reach of his hand.
«I'm going to fix everything just the way it was before,» he said, nodding determinedly. «She'll see.»
He talked a lot about the past, and I gathered that he wanted to recover something, some idea of himself perhaps, that had gone into loving Daisy. His life had been confused and disordered since then, but if he could once return to a certain starting place and go over it all slowly, he could find out what that thing was….
…One autumn night, five years before, they had been walking down the street when the leaves were falling, and they came to a place where there were no trees and the sidewalk was white with moonlight.” source

“He didn’t know what he was going to — but it had to be better than what he was leaving behind.” J. K. Rowling, Harry Potter and the Philosopher's Stone 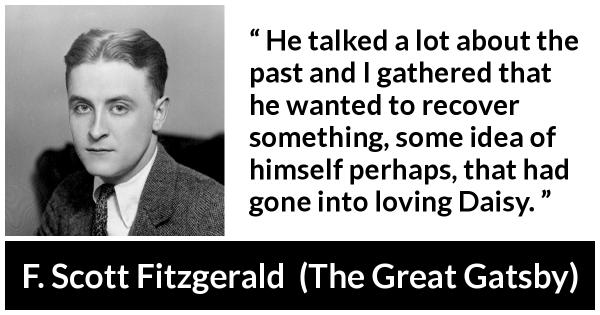 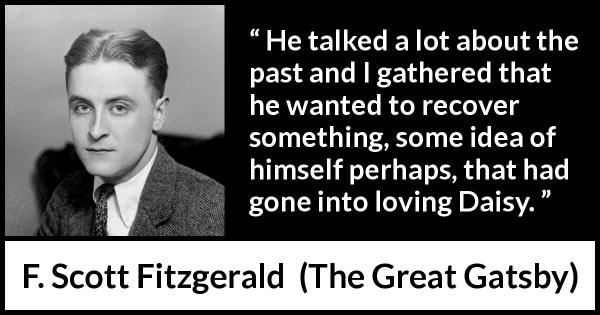 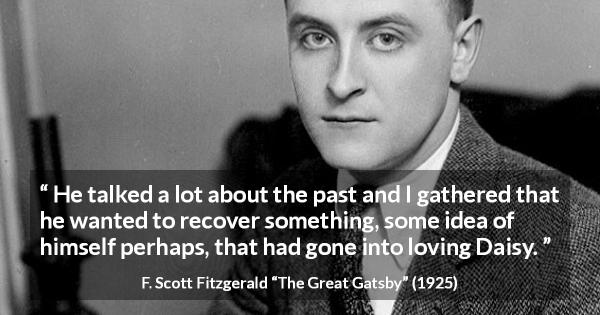 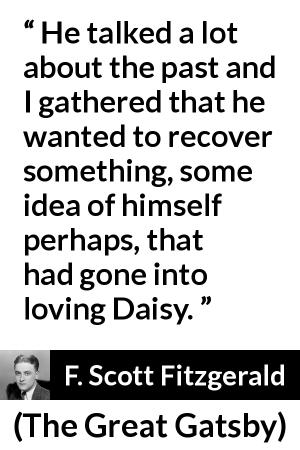 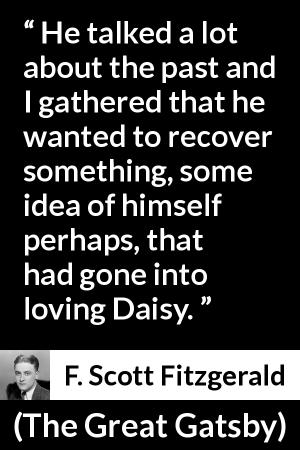 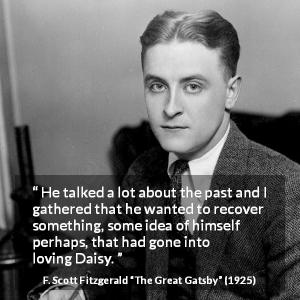