“ Most people are heartless about turtles because a turtle's heart will beat for hours after he has been cut up and butchered. . . . I have such a heart too and my feet and hands are like theirs. ”
Ernest Hemingway, The Old Man and the Sea (1952). copy citation

“He loved green turtles and hawks-bills with their elegance and speed and their great value and he had a friendly contempt for the huge, stupid loggerheads, yellow in their armour-plating, strange in their love-making, and happily eating the Portuguese men-of-war with their eyes shut.
He had no mysticism about turtles although he had gone in turtle boats for many years. He was sorry for them all, even the great trunk backs that were as long as the skiff and weighed a ton. Most people are heartless about turtles because a turtle's heart will beat for hours after he has been cut up and butchered. But the old man thought, I have such a heart too and my feet and hands are like theirs. He ate the white eggs to give himself strength. He ate them all through May to be strong in September and October for the truly big fish.
He also drank a cup of shark liver oil each day from the big drum in the shack where many of the fishermen kept their gear.” source

“I wish I had no heart, it aches so” Louisa May Alcott, Little Women

“I love you with so much of my heart that none is left to protest.” William Shakespeare, Much Ado About Nothing

“If my heart is breaking—let it break! That will not make the world bankrupt—nor even me; for man is so much greater than the things he loses in this life. The very ocean of tears has its other shore, else none would have ever wept.” Rabindranath Tagore, The Home and the World

“Every heart has its own skeletons” Leo Tolstoy, Anna Karenina

“once I had brains, and a heart also; so, having tried them both, I should much rather have a heart.” L. Frank Baum, The Wonderful Wizard of Oz 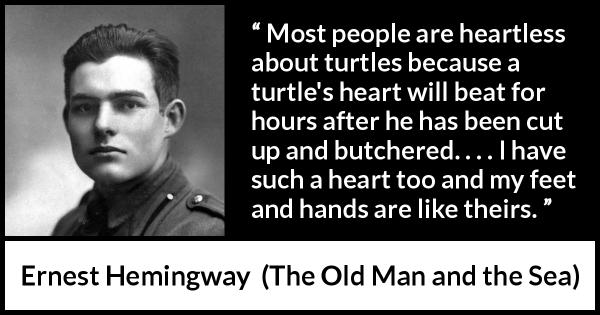 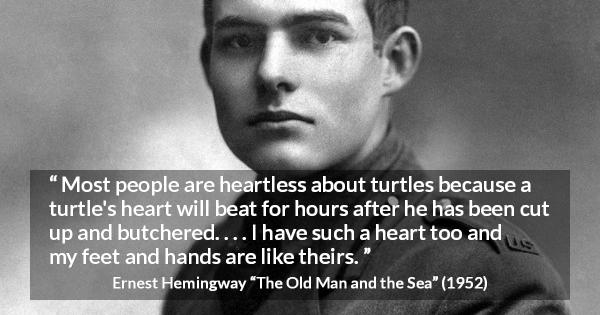 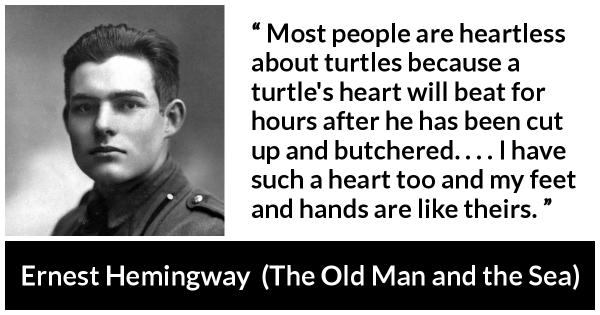 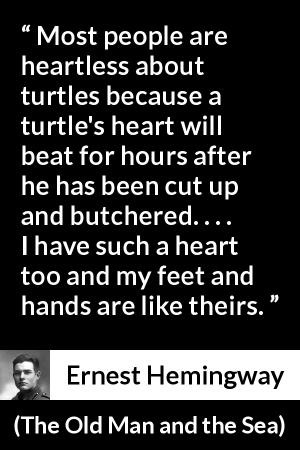 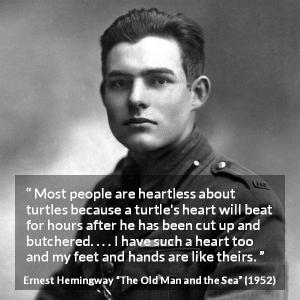 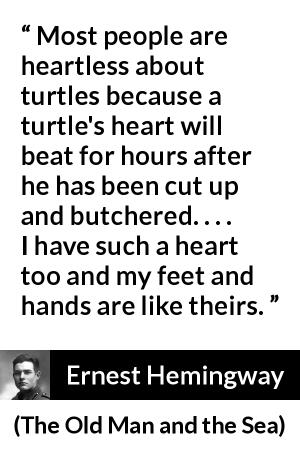